A wonderful day in Cozumel – a light breeze is keeping things cool.  Up early today - as usual - so I captured the sunrise over Cozumel. 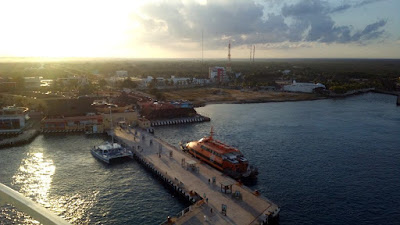 Ellen is staying on the ship today but I am going off to find a spa we stumbled onto during our last visit here in March.  I looked at photos from that earlier trip to try and remember if we were at this port (there are two in Cozumel).  We are indeed berthed at the International Pier (along with the Empress OTS (dwarfed by the Edge, 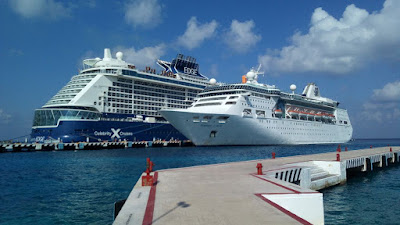 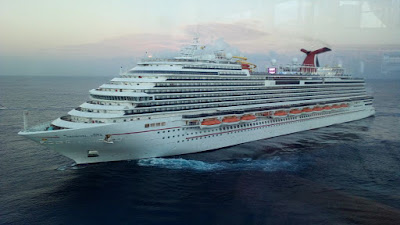 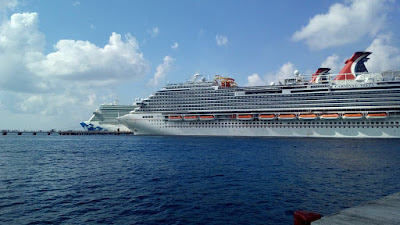 After a nice breakfast – and not as crowded as expected because people must have gotten off the ship really early – I disembarked the ship and headed down the pier (not as long as Costa Maya), eventually found my way out of the pier shop complex and crossed the main street.  I headed right on the street, which contained a casino, 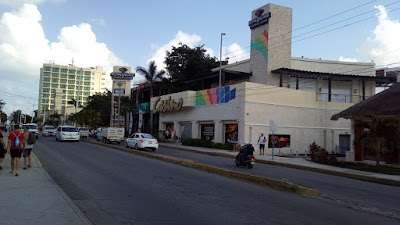 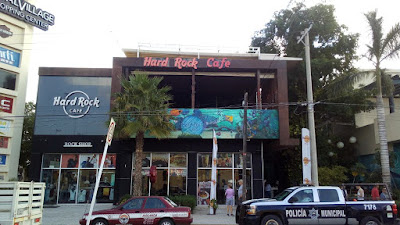 and my favorite, a Karl’s Jr., and passed several shops selling the same stuff, mostly chatkes.  There were several motorcyle rental stores on this street. 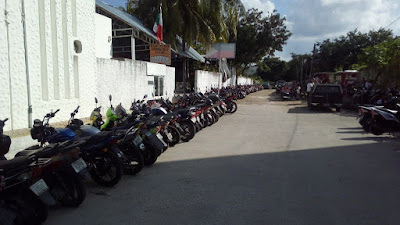 About three blocks later and maybe 1500 steps, I got to the end of the commercial part of the street.  I turned left down the alley (there is an auto mechanic across the street) and past all of the shops (most of which were not yet open) to the Spa Mendoza (which, to my surprise, was still there).  It was closed – it was 9:30 AM or so – and a guy at the corner told me they would open at 10:00 AM.  It was getting warm and I didn’t want to sit there (on the only chair – a dirty one – for 30 minutes) so I decided to spend $.25 and give them a call (I got their number in March).  Someone picked right up and I told her I was in front of their shop – she said she would be there in five minutes.


More like ten minutes or so later a black car drove up with two women and a guy.  The two women were there to open up the shop.  One of them escorted me back to the corner to use the bano in one of the shops. There is no bano in the spa, which is really a nice room with three tables separated by nice thick curtains. The place is a little native but very clean and bright.

The price for one hour was $60 - I indicated that was too high and we negotiated a price of $40 for an hour session.  My therapist was Gladys, who must have used four or five different oils and creams.  The session lasted the full hour; her technique was good and reflected some kind of training.  I tipped her $10 and headed back to the ship.

On the way back, I was able to get pictures of two Cozumel City Signs. 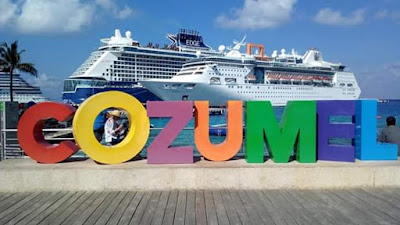 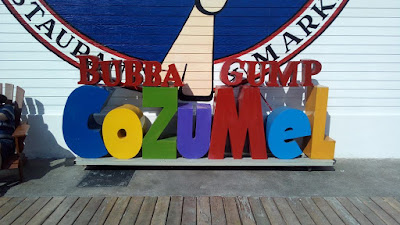 We had lunch in the Oceanview Café – pizza, egg burritos, and salad and then tried to find a quiet place on Deck 15 away from the noise of the pool. That didn’t last very long.  We then spent some time in Eden.  The stay in Eden was short as I had to run off and get cleaned up and ready to speak.


My second talk, “Forensics and History:  Identifying the Famous and Infamous”, was scheduled for 3 PM in The Club.  I got there a little early and saw Movie Poster Trivia finishing up.  There were several rows of seats set up on the dance floor.  I worked with Katy, the A/V tech to set up – the tech on this ship still amazes me. The set up was easy and I walked around and chatted with the guests.


Considering that this was a port day and that we were in the Caribbean, the turnout was very good.  I didn’t take a count and I don’t know the capacity of The Club but there were more than 100 people present.  I had expected less than 10 so this was a win.  The talk went well – the venue is very nice – and finished right on time.  There were some issues with the slides – one slide was duplicated and I don’t know how that could happen.  Ellen said I was speaking too fast – but other than that, everything was fine. 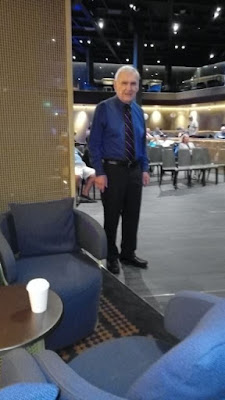 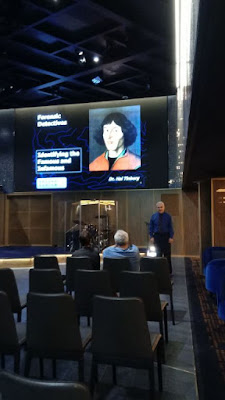 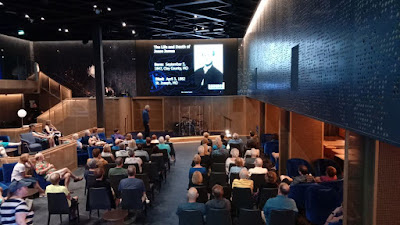 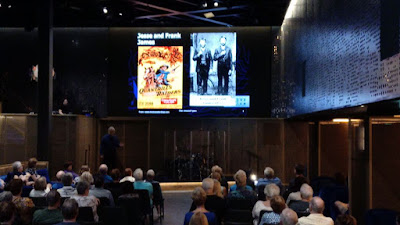 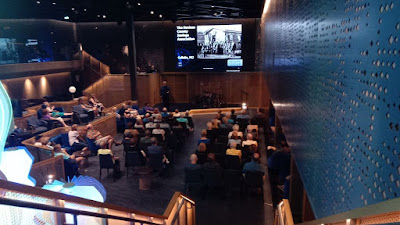 We stayed for trivia and then went to the room to get ready for our special dinner.


We are eating in Normandie tonight as we have made it through the full cycle and are in round two.  We both had salads to start with and I had the Cream of Broccoli Soup (the soups on the ship are really good). The ribeye steaks came out as ordered (I had fries on the side and Ellen had carrots).  The steaks were very fat laden but the meat was cooked perfectly – I would say that these steaks were better than those on other ships.  They were delicious and we will order them again after skipping a day for standard meals.


Tonight’s headliner is Vocalist, Jen Jayden, who is our last great hope for a quiet evening of music.  Not to be – Jen’s first two songs were so amped up that we retreated to regular chairs against the back wall.  Even that location was too loud so we escaped to Eden.  Eden provided another impromptu vocal by a sprite suspended above the floor. 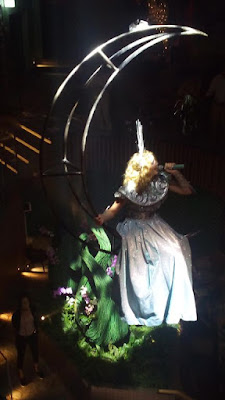 We then stayed for Danny Smart, an unplugged guitarist vocalist.  We stayed for his whole set, which was practically the only act played at a comfortable volume.  He also did a nice version of “Hallelujah”.


When he was done, the techno beat and booming volume started again and we decided to decompress in the Fortress of Solitude, our room.
Posted by Hal T at 7:16 PM