Got up real early and got to the Oceanview Café as they were opening - I am continuing my streak of great breakfasts on board (the time tested waffles plus fixings and scrambled eggs).  I didn't have much time to check out the ocean this morning as I had to get ready to work the early shift.

At breakfast, I got this picture of the sea in the early morning. 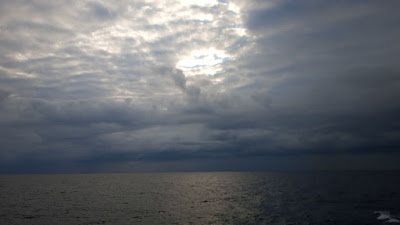 – started right at 9 AM following a brief intro by Rich.  The crowd as expected was tiny, maybe 200 people spread out in the theater (lots of folks up in the balcony).


I was followed by Bill Cashell, who also had a small crowd.


After the talk, we went to the Aqua Spa Café to get some coffee and get a comfy bucket chair to watch the sea and read in the Solarium.


We wound up having lunch with Gary and Carol (a couple we met years ago on Azamara and who have been attending all my talks so far).  I executed my usual plan: Ordered a veggie burger from the Mast Grill, put together a salad from the Oceanview Café, grabbed the burger, and met Ellen at the Aqua Spa Café.  The plan worked well but it seems that the ship has indeed run out of veggie burgers and is now serving potato patty burgers a la Princess.  I did manage to eat the potato burger (weird but tasty) but I just picked at the very nice salad I’d constructed.  I have trouble eating and talking to people at the same time.

While waiting for my ersatz burger at the Mast Grill, I took this picture. 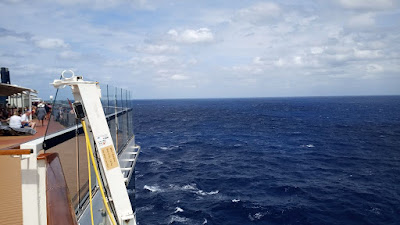 We relocated from the Solarium to the lounge chairs on Deck 4 Port Side Forward.  I am about half way through “The Last Widow”.  The book almost seems to be happening in real time and there is a lot of conversation.  I guess, at this point, I have to finish it to see if Sarah Linton makes it out of her hostage situation.


The view from Deck 4 - I even spotted a Carnival ship in the distance. 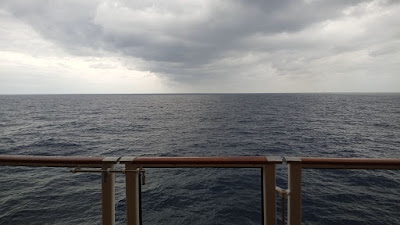 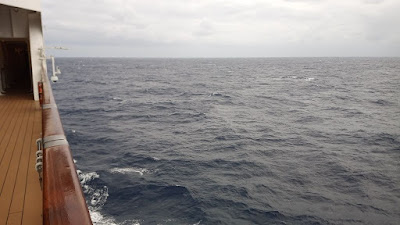 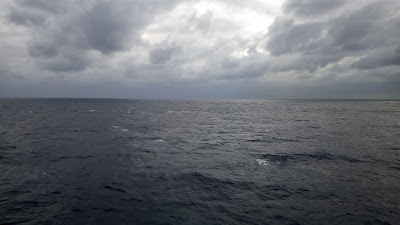 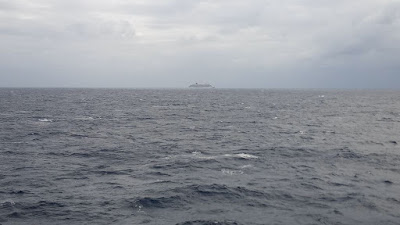 Today, there was another matinee performance starring, Magician James Cielen.  We opted to keep watching the ocean instead.


We stayed out on Deck 5 for the rest of the day and, because it was Evening Chic tonight, we went Resort Casual and had dinner up in the Oceanview Café.  I tried the stir fry for the first time but my mixture of sauces, hoisin, teriyaki, soy, and peanut sauce turned into a strange witches brew that I only ate part of.  I had a slice of pizza and a desert waffle, which was really good, to round out the bizarre dinner.  So my day was bookended by waffles.


We were disappointed the last time we saw “Broken Strings” on this cruise, so we instead went to hear Nikia Camp in the Ensemble Lounge. 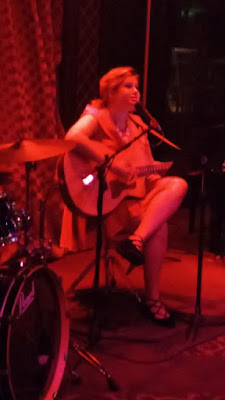 She sounded OK and did Hallelujah, but the noise in the place (lots of people) drove us to our cabin.