It rained the last time we were here (2019), and it is raining a bit now.  I watched the ship dock but was told later that the high swells made docking difficult and that Reflection almost decided to abort and make this a sea day.  I didn’t see that but I did notice that the bow thrusters were engaged while docked so the ship was having some difficulty staying put despite the multiple mooring lines.  The Marella Discovery 2 is also here and some of its mooring lines are slack, perhaps to avoid snapping them.

Here's where we are today,

It's warm but dreary out there.  Puerto Limon is a commercial port and not a very scenic port either (as viewed from the ship).  The tour buses were all lined up to take passengers to see rain forests and maybe a volcano but we are going to stay here. 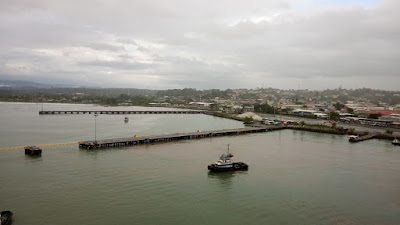 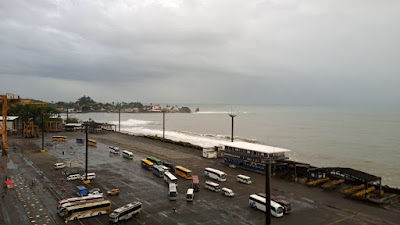 I shook up breakfast a bit today having a pancake with chocolate syrup and bananas along with a fried egg.  Very good.  I was up pretty early and when the music and crowds convinced me to finish my breakfast in the Aqua Spa Café, I got there before they opened and had to get my coffee by removing the little barrier in front of the dispenser – the decaf light was on so I assumed the coffee was ready.  In any event, whatever I drank was good and hot (but no milk yet).


We got off the ship around 10 AM and walked the ten minutes to the shopping area adjacent to the pier. 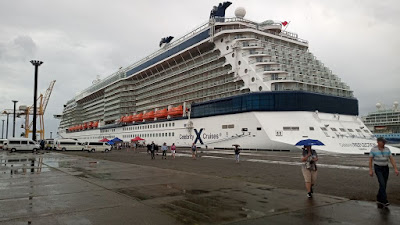 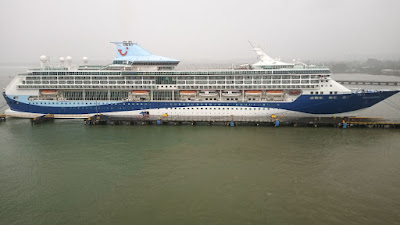 There were ropes up to guide us to the shopping area - we tried to cross diagonally but were stopped by a security guide who told us to get back behind the ropes.  The area was just a large parking lot so the need for guide ropes wasn't clear.

The port area did not look familiar to me even though we had been here several times.  Once inside the small and compact shopping area, things started to come back to me.  The area next to the entrance is made up of several spas offering nail services as well as massage.  We checked out a few of them and they were charging $60 an hour (just like at home) and we told them that was too much.  We finally negotiated a price of $50 an hour.  (I checked my trip log and discovered that we last had a massage here almost exactly 10 years ago – Yikes – and the price then was $45 an hour – it seemed like just yesterday that we did this).  The place had upgraded their separation sheets but the experience was still pretty native.  Ellen had a wonderful session and mine was OK but the woman working on me seemed like she wanted to be somewhere else.  I don't think I would come back to this place the next time we are in this port. They used this very strong lemon oil on us and plenty of it.  I believe I was flammable when I left.


We were advised earlier by Guest Relations to stay in the terminal area and not go into Limon itself.  But we were looking for bottled water so we went through a security gate to get into the city and walked a couple of blocks.  The place didn’t look unsafe just run down. 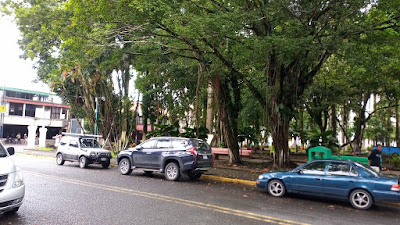 We didn’t find any water at a reasonable price so we went back through security to get into the pier area.  I stopped to take a picture of the city sign, which is this case, was on a huge chair. 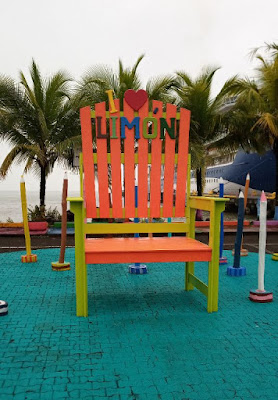 We spent a little more time looking around the shops and then headed back to the ship just as it started to rain.

The Oceanview Café was featuring “Falafel Day” at lunch so we tried the various types of falafel – they all looked alike except for the Indian version which was curry yellow.  The last time the ship did this, the falafel were labeled. I didn’t really care for them so I wound up with a salad and a slice of veggie pizza.  The lunch was made all the better because we shared one of our FLL Diet Cokes.


After lunch, we found a nice spot in the Solarium to spend the rest of the day.  I’m about half way through “The Night Fire”.  The rain continued off and on during the day so people on excursion probably got wet.


It was a short day in Puerto Limon as the ship pushed shortly after 4 PM.


We showered to get the lemon oil off and went to an early dinner so we could get a good seat away from traffic and people noise.  HMT: Tuscan Minestrone Soup (thin but OK), spinach empanada (OK), and Tilapia Putanesca (which was very good).  ET: Asian salad, spinach empanada, and Tilapia (plain).  We shared an apple pie with peanut butter ice cream and the coffee was also thin but hot.


We got our usual seats in the theater – left side in front of the plastic shield on the aisle – to watch “Broken Strings”, one of our favorite production shows (last seen on Reflection last year).  We got to the theater early to get good seats but to also watch the singers and dancers move through the crowd. 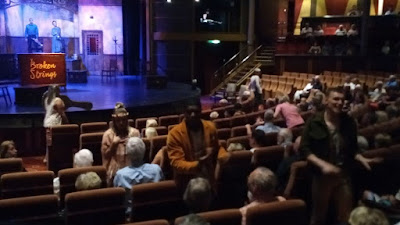 This play was totally different and was transformed from an Irish like country dance and song fest to a hippie, “we will rock you” version. 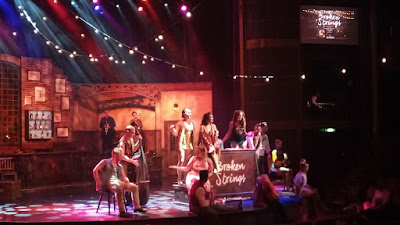 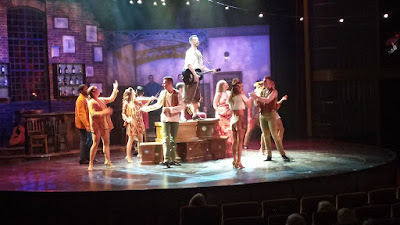 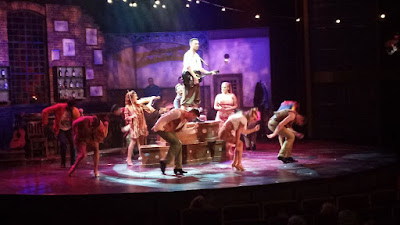 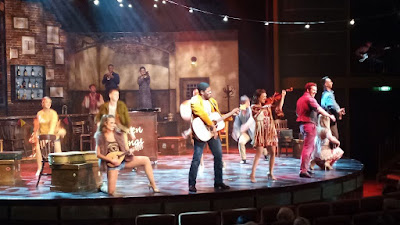 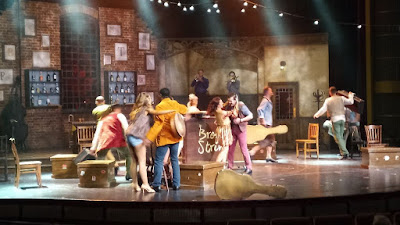 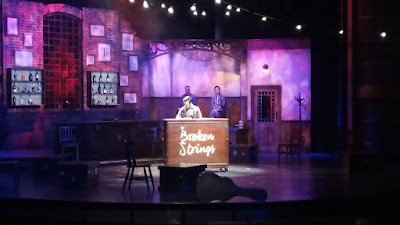 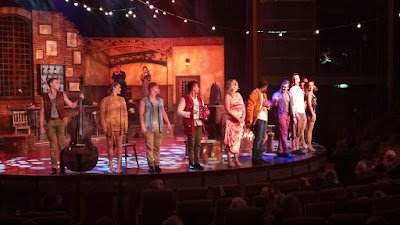 The singers were blasting at over 72 db and I could not understand what they were singing.  I only recognized one song and I was unable to follow the story.  Essentially this musical was turned into an Edge type musical, where volume is important.  While the volume and the singers were difficult to deal with, the dancers were great doing moves that also reminded me what we had just seen on the Edge. Disappointed.


From the theater we tried the Foyer but Long Play was extra loud tonight.  We settled in at the Ensemble Lounge and listed to a 45 minute long set by Velvet Duo.  Some of the songs were repeats but there were some new ones in the set and the volume was comfortable.


The clocks moved forward one hour to EST to put us on Mexico Time.


There is some motion in the ocean but not bad.
Posted by Hal T at 2:13 PM