I was up early again today and watched the sunrise from the open deck outside the Oceanview Café. 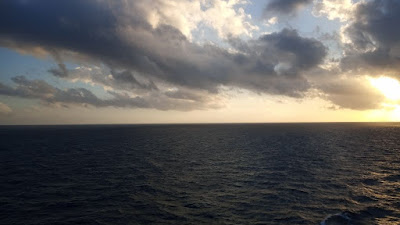 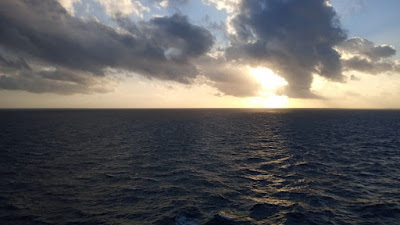 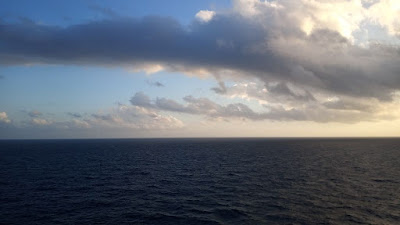 Back in the room, I watched - through our window - the ship struggle with the wind and waves to get this big ship alongside. 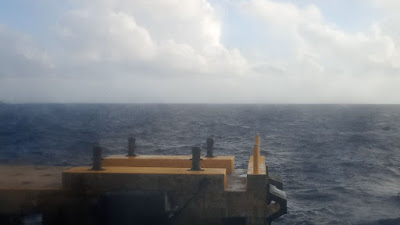 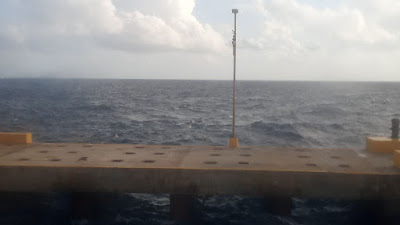 We are here today with an even bigger ship, in fact the largest ship in the world, the Symphony of the Seas. 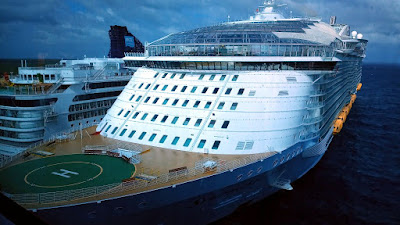 The NCL Dawn is here to complete the trifecta.  If everybody got off these ships, the population of Costa Maya would increase by about 12,000 people.


Well, we were one of those thousands of people flowing in the river of humanity over the long pier to the entrance. 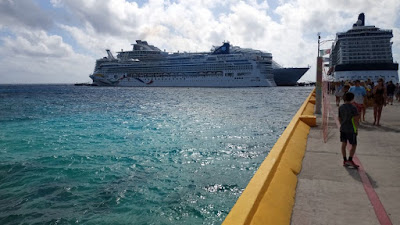 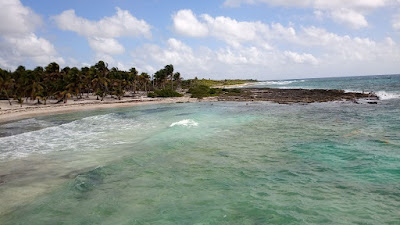 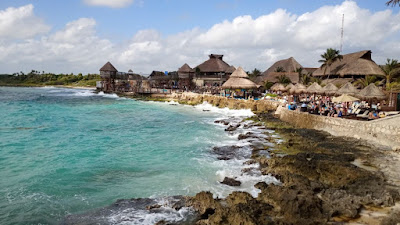 Once there, the mass of people was just amazing – you could not walk – the passengers were at least four across marching on the narrow sidewalks adjacent to the shops. I felt bad for the folks in wheelchairs and walkers, who were trying to negotiate the flow.


We finally got to the back of the shopping center to catch a cab or trolley to Mahahual, the little village about two miles down the road.  It seemed a little odd that the crowd thinned dramatically as we neared the taxi queue.  We also saw no one in line for the trolley.  The answer came quickly and painfully.  The taxis were on strike and the trolley doesn’t make a return trip and the trolley folks also didn’t want to cross any strike line.


So, no Mahahual, no wonderful beach massage.  A view of Mahahual from the deck is as close as we got today. 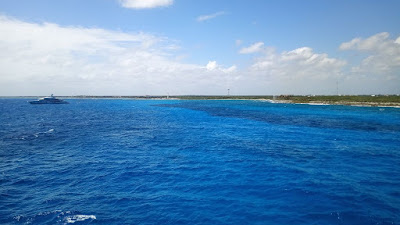 We went against the current to get through and out of the shopping center, which no doubt caught a windfall with the strike.  We bought some items at a drugstore and headed down the long pier to board the cool Reflection.  There may have been an announcement about the taxi strike made but we didn’t hear it as we trundled off the ship.  Rich came on and said that 2000 passengers had already returned to the ship.  So, it wasn’t going to be a quiet “day at sea on board” either.


We had lunch in the Aqua Spa Café - a veggie burger (Mast Grill) and a salad (Oceanview) - and sat with another couple (seating was limited because everyone had returned from shore).


We spent some time out on Deck 5 – eventually, I got too warm and we spent the rest of the afternoon in the cool Solarium.  I finished “The Night Fire” – a good book but I can’t see how Harry, now almost 70, can continue to work with the LAPD while retired.  He should get consultant status to make it official (like Sherlock and Jane on TV).  It looks like Bosch and Ballard will team up again going forward.  I like the Rene Ballard character – ex military, surfer, strong, and tough.  I started “The Other Woman”, the 18th Gabriel Allon Novel by Daniel Silva.  I have to read it in three days when the electronic copy is returned to the library.


We had reservations for 5:30 PM in the Dining Room but decided instead to go to the buffet.  I had the split pea soup (very good) and pesto pasta with garlic (made fresh) (very good), along with a couple of garlic rolls (very good).  I had the strudel (so so) for dessert.  Ellen went with the pea soup and some pizza (from the drawer – previously made and stored - and not the oven).


We changed our clothes and went to the theater late (sat near the back) to watch December 63, another Four Seasons Tribute Group. 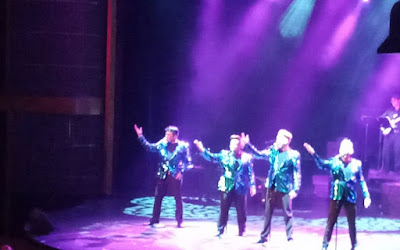 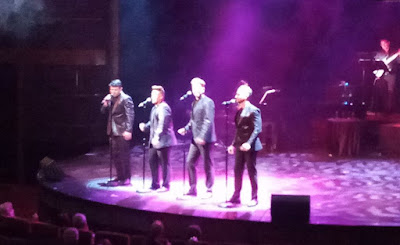 We last saw them (or a version of them) on Constellation.  The guys were personable and entertaining but the act was identical to the one two years ago and their singing (individually) and choreography (key) was not up to par for groups like this.  We left a little early to find a place to settle down.


We couldn’t so we went back to the Solarium, which was quiet, had low lighting, and was essentially deserted.


We are both dealing with congestion and coughing and sneezing.  My thinking is that the cleaning solutions are responsible for that.
Posted by Hal T at 10:04 AM