I don’t what happened but I did not get much sleep last night, getting up for the first time about an hour after going to sleep.  This went on all night even though the room was quiet and the seas were smooth.  It was a combination of the time change and the early talk schedule that were most likely factors.  Or, better yet, who knows.


I was at the Oceanview Café at 6:50 AM and only one side was open – yet, nearly every seat was taken – I guess other folks were also victims of the time change.  More people came in at 7:00 AM – the most people having breakfast since we boarded the ship.  I spent very little time in the café so I could get ready.


The crowd, as expected, was not great due to the early start.  To make things even more challenging, my talk – “Search for the Unknown Titanic Child” - was followed by the port concierge talk on Mardi Gras so people started streaming in before my talk was over.  We stayed for some of the Mardi Gras talk but it was mostly geared toward people on Celebrity Excursions.  The place, however, was totally packed – there were about 1500 people in the Theater.  Mardi Gras, as expected, is a big deal for this cruise.


We had two lunches today – an early one involving lox and herring and a second one in the Aqua Spa Café, where we both had the delicious Butternut Squash Bisque along with some tuna and pesto pasta.  Portion control is what make the Aqua Spa Café a good choice.


The ship had started its transit of the Mississippi River and we found a nice cabana in the Solarium to sit in.  We watched our trek up and around the river all afternoon until the ship docked in New Orleans (Julia Street Pier). 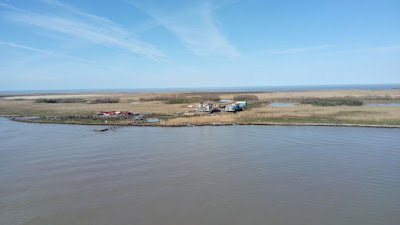 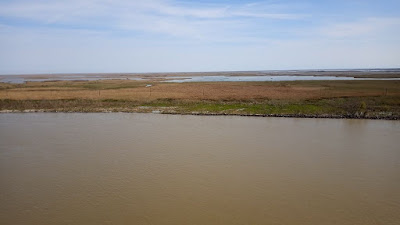 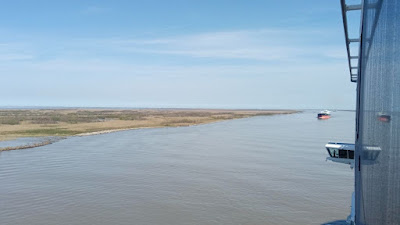 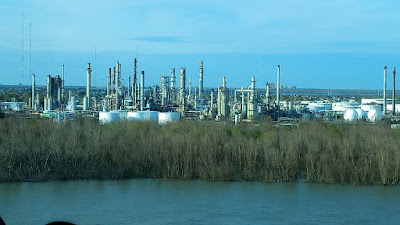 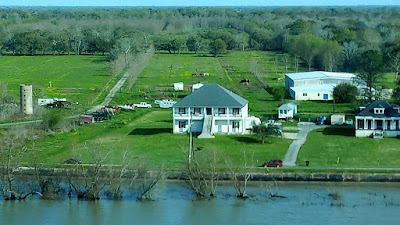 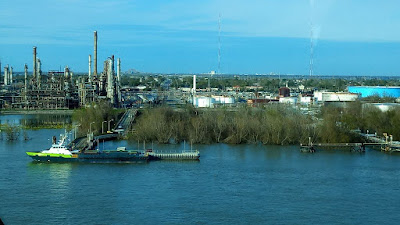 The neat thing about the river cruise is the way the ship turns – a modest bank.  Reflection made a more serious bank and turn just before coming alongside in New Orleans.  I also tracked the ship using Google Maps.

We had dinner in the Oceanview Café – we both had the pasta pesto (always good) and salads (the Cesar Salad is always good up there).  We were treated to a terrific sunset silhouetting the New Orleans skyline. 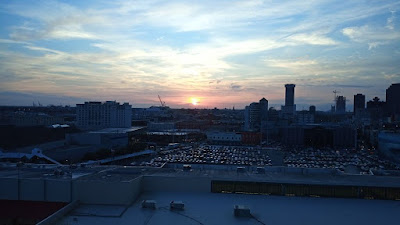 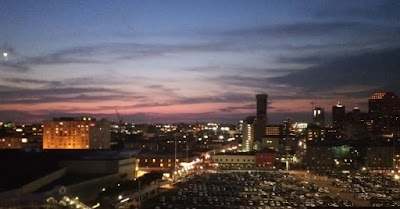 After dinner we went to the Solarium and saw the tail end of a parade that ended on Julia Street just up from where we are docked. 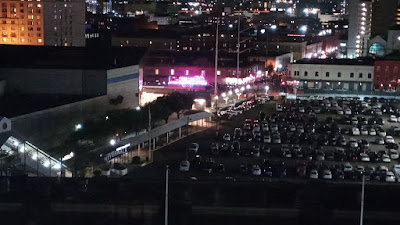 We didn’t go out tonight - it was pretty chilly out and I didn't think it was a good idea to be out after dark with so many revelers about.  Tomorrow, we are planning to get to some of the Mardi Gras festivities.  I downloaded an app that listed all of the parades along with start times and tracking.


While up there, I finished “Blue Moon”, which turned out to be quite topical – all about the Russians and “Fake News”.  Fact and fiction are intermingled.