Another quiet night so we are well rested for our long travel day.  Our flight today (BA343) is at 11:55 AM so there is no rush this morning.  After another good breakfast at the hotel, we spent some time resting in our room until we needed to check out.

Our pre-arranged transport was there right on time and the short ride (just over 8 km) took only about 20 minutes.  The fare was 25 Euros.  The car was nice and clean and the driver spoke very good English.

The Nice-Cote D’Azur Airport is small but comfy (I heard that the airport used to be sub par but it looks like it had a facelift sometime in the near past).  It had a nice sitting area and a Starbuck’s – so what else would you want? 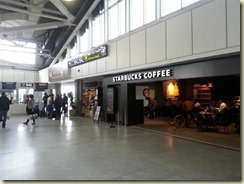 The flights were being called in French but we were able to make out the numbers.  When the flight departure time started to approach, I asked the agent (not a BA person, I figured) at the gate when we would be boarding and she said not for a little while.  I became suspicious when I saw passengers lining up at the gate (our flight had not been called) so we walked over only to find that the boarding process was well under way.  We still managed to get an overhead compartment but it was a little annoying.

BA343 was an A-319 and we were sitting aisle across.  The flight left on time and the sequence is shown below – the flight was smooth.  Just like in Chicago, planes leaving Nice have to make a big turn away from the city for noise control.  BA also has some kind of snack on its short flights – they had a veggie option for this flight (a sandwich of some kind and pretty tasty).  Oh, and by the way, the Cokes are getting even smaller – soon they will only be one swigs worth. 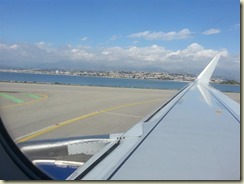 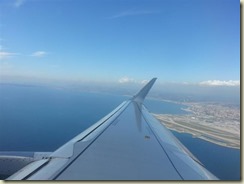 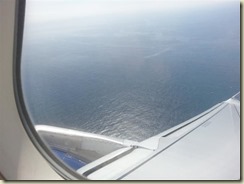 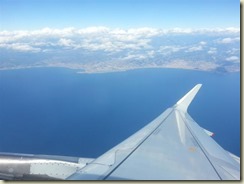 The Coast of France 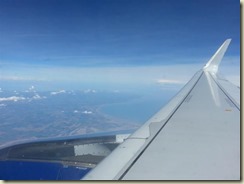 The Coast of England 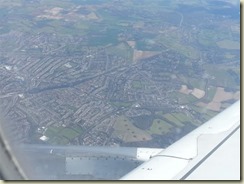 In a Short Holding Pattern 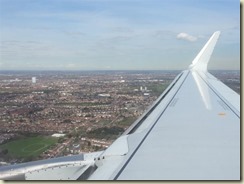 We went through the checkpoints for on-going flights and found a comfortable place to hang out (with a charging station) until they posted our gate for our next flight.  This location also had a Starbucks with a space age look to it. 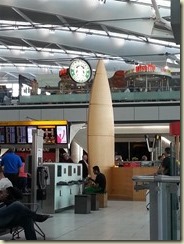 The last few times through Heathrow, we have been pretty lucky in that the gate we needed was in the same terminal section.  This time, our gate, was a train ride away.  It was not that big an issue – a short walk to the train and a short and quick ride to our gate.  When we got there, BA297 (an old friend) was waiting at what might have been one of the longer jetways around. 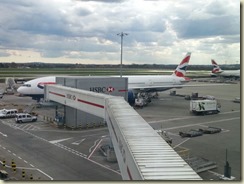 BA297 is a B-777-400.  I reserved seats 35J and 35K, which are the only two seats in regular coach that are not in the three across configuration (so only an aisle and a window).  There is another set of two seats on the other side of the plane.  The legroom wasn’t premium quality but it was OK.  This is important information for any upcoming BA flights on this type of plane. 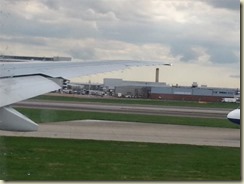 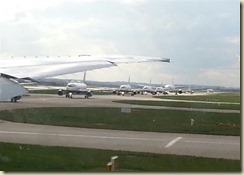 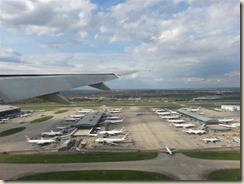 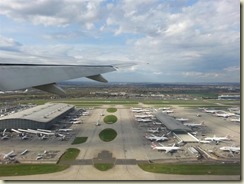 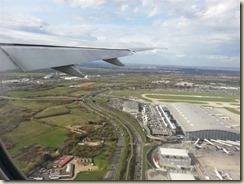 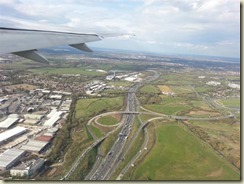 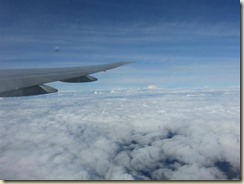 The flight was smooth pretty much the whole way.  The seats were comfortable enough and the bathrooms were close.  Best of all, the Kosher meals were excellent – some kind of meatballs and rice (good size portions and tasty).  The rest of the meal was also good (none of that crazy cabbage slaw).  I had some wine with the meal – very good as well. 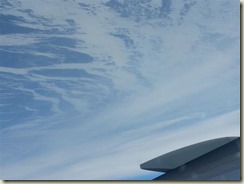 Ice Floes off Coast of Canada 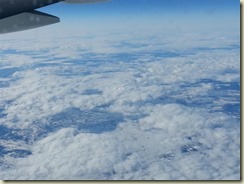 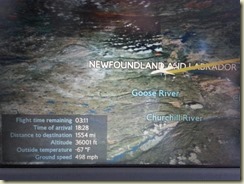 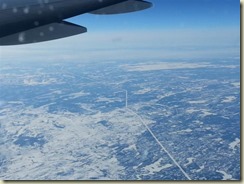 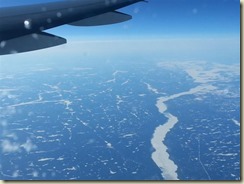 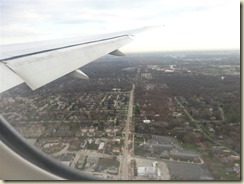 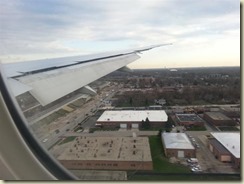 I won’t even recount what we went through with Immigration (I guess a lot of planes got here at the same time).

We caught our cab and soon we were home.

It was a fantastic cruise and trip.