Port Information.  St, Kitts (St. Christopher) along with the neighboring island of Nevis are an independent nation in the Lesser Antilles.  St. Kitts has a population of 45,000.  Basseterre is the largest city in St. Kitts with a population of 15,500.  English is the language of the island.

A near perfect day in St. Kitts.

Great views of St. Kitts and Basseterre from the ship. 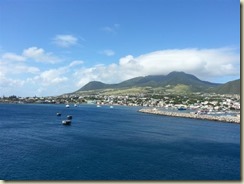 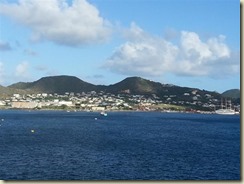 We were also able to see the island of Nevis. 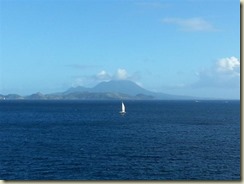 Although we have been here before, we have never really walked beyond the port area.  We plan to go a little further into Basseterre today to check out the shops and other facilities. 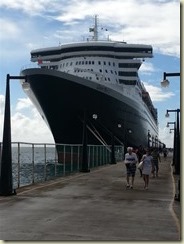 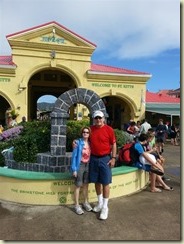 At the Entrance to the Port Complex 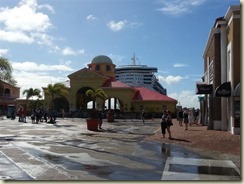 Looking Back at the Port Area

Some new shops had cropped up in the dense port shopping area.  We even found a new Spa but the prices were a bit high for the Caribbean.  If we get back here, we’ll see whether the prices eventually fall in line.  We walked a few blocks into the city but decided to head back toward the “touristic” areas. 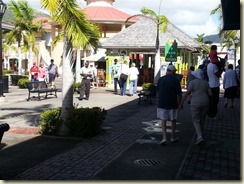 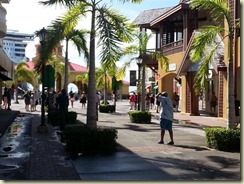 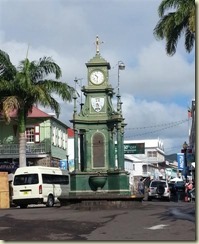 As we were heading back, we ran into Roger and Camilla and actually found someone to take our picture – what a group we are.  There is a serious diet in my future. 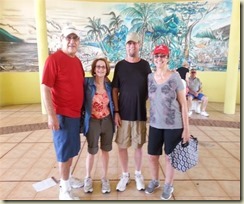 We went back to the ship for lunch and hung out on the deck for the rest of the afternoon.

After dinner, we took in the production show, “Apassionata” in the Theater.  Tremendous dancing and costumes.  A great show. 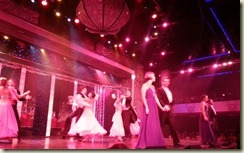 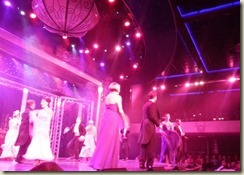 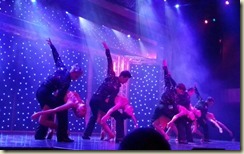 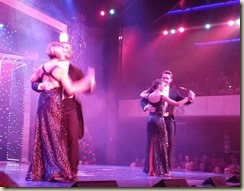 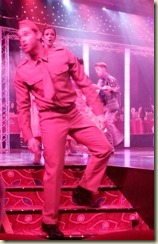 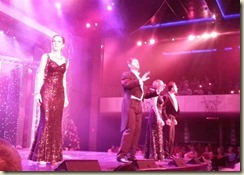 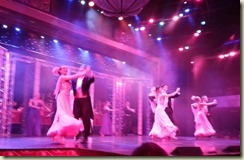 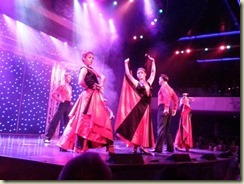 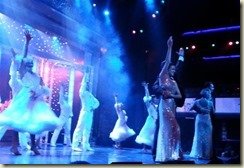 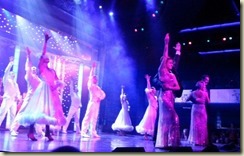