We are back in Brooklyn…A clear but chilly day.

We were up early enough to catch the sunrise. 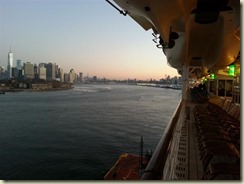 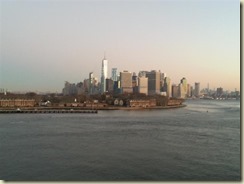 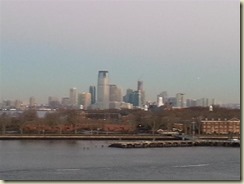 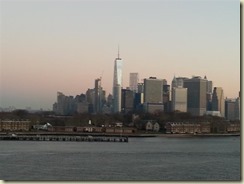 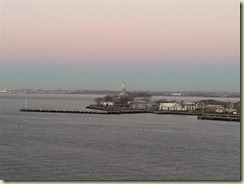 We walked off the ship at the last opportunity, breezed through passport control, and headed out to the taxi area (the only way to get to LGA for us).  We caught a cab right away (negotiated for a fixed fare instead of the meter – $45 I think). 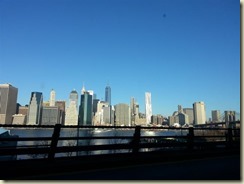 On our way to LGA

Our flight – AA337 - wasn’t until 2:25 PM so we had opportunity to visit the Admiral’s Club at LGA.  We were now in the main terminal not the little ancillary terminal we had used in the past.  It had a terrific Admiral’s Club – good food and snacks and drinks (only a Bloody Mary would do this early in the morning).  It was great. 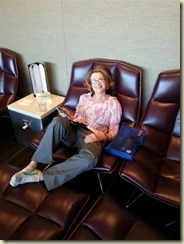 Comfy at the Club 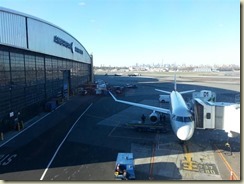 View from the Admiral’s Club

Our gate was very close to the Club and our plane was there. 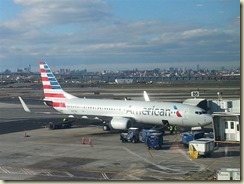 We boarded on time.  The flight was smooth and, in a couple of hours, we were in Chicago.

A great Holiday and New Year’s Cruise aboard the QM2.