The weather forecast is pretty iffy today – a few days ago, the prediction was for snow.  Now it is raining pretty hard.  Hoping for the best.

Our cab is scheduled for 11 AM for our 1:20 PM flight to Miami.  I called for an early cab because of the uncertainty of the weather.  I tracked our cab on their app and I could tell he would be a bit early.  We were off to O’Hare right at 11:00 AM.

The cabbie didn’t quite understand the concept of slick, wet, roads and weaved his way to the airport in just under 15 minutes.  I received an update from American Airlines indicating a gate change but still an on time departure.

We checked our luggage and were told that our plane was full and we couldn’t change our exit row seats from middle and window to aisle across (long story on how we got those).  The airport was very crowded due to Spring Break.

There was no line at TSA PreChek – bing bang boom and we were on our way to Gate K8.  We found a charging station at K9 and hung out there until boarding.  Instead of buying a $3 plus bottled coke at one of the little stores, I got a large diet coke at Mickey D’s across the way for $2.10.  For lunch, we had string cheese and crackers – protein and convenience in one package (Ellen’s idea and a good one). 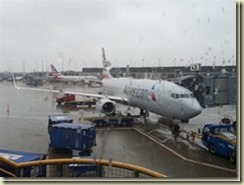 We boarded on time at 12:50 PM and I took the window (15F).  The passenger sitting in 15C had this leg tapping habit so I had to ask him to please stop (he was surprised but complied).  It would have driven us crazy because we could feel it through the seat backs.  This is an old plane with the power plugs under the seats and no screens (with flight progress).

The pilot said we would be leaving as soon as the ice under the wings were de-iced.  Usually, the whole wing is de-iced but here we were dealing with “Icicles” that needed to be melted. 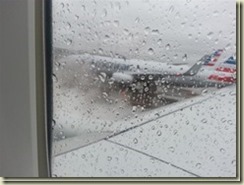 The Captain indicated that because of all of the weather in the area, he wanted the flight attendants to stay in their seats until we reached smooth air (near the Tennessee border – what?).  That large McD coke was now going to be a huge factor.  The planes were taking off in the other direction today (over the city) so the taxiing took us to a very different starting point. 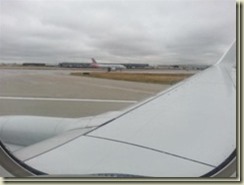 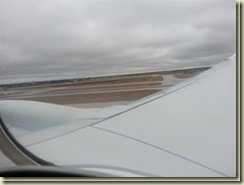 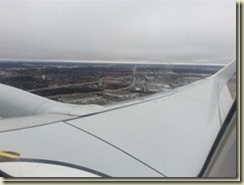 The climb out was relatively smooth in spite of the warning by the Captain – maybe we would get lucky.  There were many layers of clouds and the sky was weird overall.  When the plane cleared the clouds and blue sky appeared, I thought we had dodged a bullet. 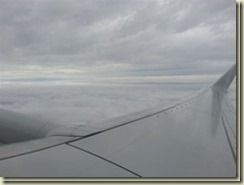 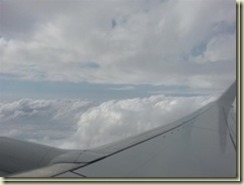 In the clear sky, the plane was jarred by a single bump (like hitting a pothole or speed bump), followed by a quiet period and next several spaced heavy duty bumps.  The Captain repeated his warning about the flight attendants being seated (I saw that the First Class attendant was up). 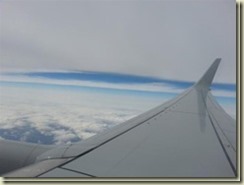 It’s About to Get Bumpy

At that point, we entered into two straight hours of medium to heavy chop (in pretty clear sky).  So choppy, I could not read or do anything visual since everything was vibrating.  Constant chop usually gives me a bit of a headache. 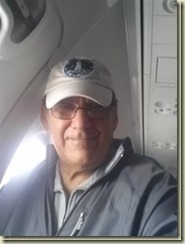 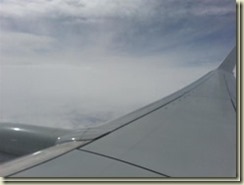 The Captain apologized a second time for the ride (he said he had tried climbing and descending with no luck).  He now said the chop would continue until we hit the Georgia border. 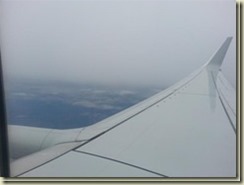 The chop finally started to abate and it looked like the worst was over.  The seat belt sign went off and I dashed to the washroom (as did a lot of other people).  I had survived the two hour confinement in my seat. 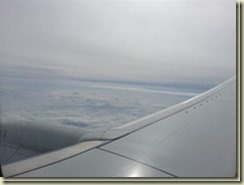 The plane then dodged several scattered storms as it approached Florida. 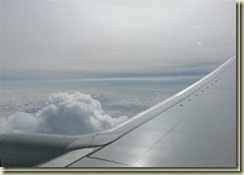 Soon, the coast of Florida appeared and the vast Atlantic Ocean, as well. 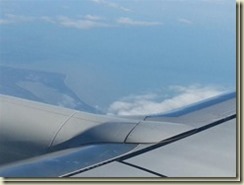 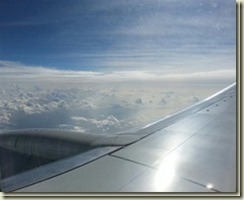 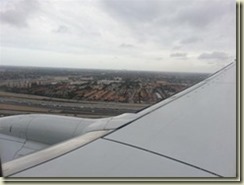 The plane came in hot but reversing the engines slowed the jet.

The Miami Airport is a pretty large airport and the walk to the Baggage Claim was a bit of a hike.  The good news was that both of our bags arrived with us.

I called the Days Inn Miami International Airport to summon our shuttle.  We found the pickup point but the shuttle took about 45 minutes to arrive.  Before we boarded, the driver asked me which Days Inn we needed and I told him Miami International Airport and he said OK.  As it turned out, it was the wrong shuttle.  This shuttle took us to another Days Inn and the driver said he couldn’t take us to our hotel.  Eventually, the driver said he called the other hotel and someone would pick us up in 10 minutes.

The driver from our hotel did show up and it took quite a while to get to our hotel.  Our room was Ok – large bed – but it came with noisy neighbors.  Even more of an issue was getting something to eat since we were told that there were no restaurants within walking distance.  Eventually, our only choice was to have a pizza delivered by Pizza Hut.  Bottom line, our pizza arrived around 10:15 PM.  Although it was really too late to eat, the pizza itself (garlic ribboned mushroom pizza) was really good.  Our neighbors on both sides were vampires and didn’t sleep at night – I actually called the desk on one of them but I didn’t hear any phone ring.  Earplugs helped a bit.