And a beautiful day in St. Thomas.  QM2, because of it deep draft, is required to dock at Crown Bay port.  This port is quite a way from the city and requires a taxi to get there (although, we have walked there).  We don’t expect much to be open on the day after Christmas – as has been our experience in the Caribbean – so we plan to explore the new stores and venues at Crown Bay.

We were able to get some nice views of St. Thomas Bay and Harbor from the ship 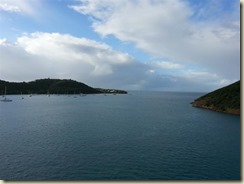 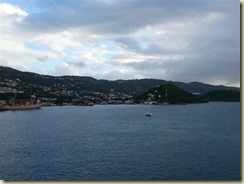 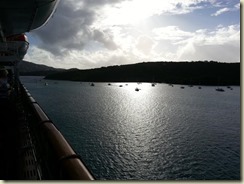 Four years ago, when we last visited aboard QM2, a small but interesting ship docked along side of us.  It was the Sea Dream II and today, it is docked in the same spot next to the Queen.  Deja Vu all over again. 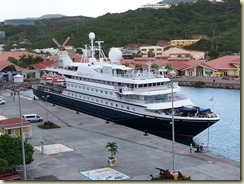 There is an amazing size difference between QM2 and SDII.  However, being on the SDII is an experience not to be missed especially the dining. 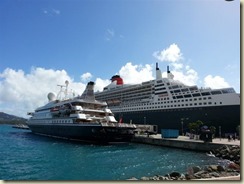 The Two Ships Side by Side

The shops were mostly open but there was nothing that we needed to pick up.  We did chalk up some walking steps strolling through Crown Point.

What did catch our eye was a magnificent rainbow that seemed to end in a place, where one would not expect a pot of gold.  Still, seeing the actual touch point of this rainbow was quite the sight. 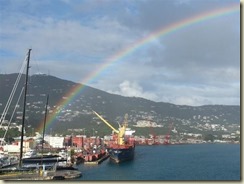 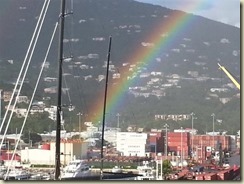 We spent the afternoon on the deck – the temperature was comfortable and we were out of the sun. 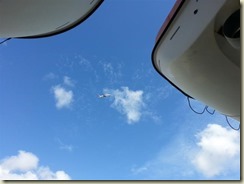 Plane Taking Off from St. Thomas

The sail away gave us great views of the bay and it’s ever-present boats. 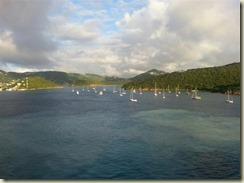 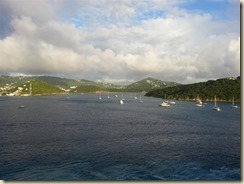 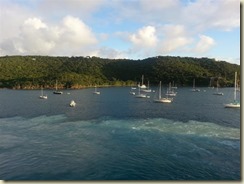 After dinner, we attended Showtime, which tonight featured vocalist, Philippa Healey.  Philippa Healey sings opera, rock, and everything in between and has performed at the West End.  She put on a fantastic show and, at one point, she brought out her professional opera singer fiancé to join her on some songs. 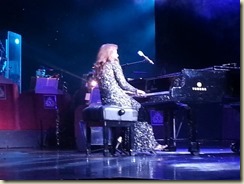 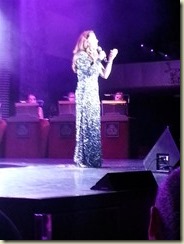 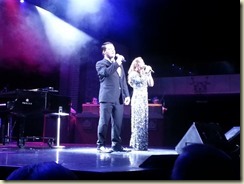 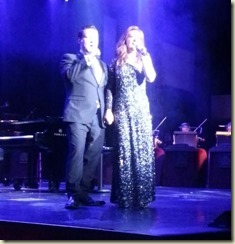 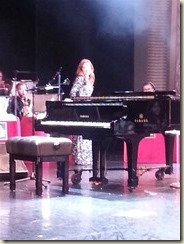