Just a short hop to the Island of Kos, the third largest island in the Dodecanese Chain of Greek Islands (160 total).

This island is the birthplace of the legendary physician, Hippocrates (460 BC).

We are not on tour today and it is Sunday – most of the shops will be closed – so we are planning to walk around the town. 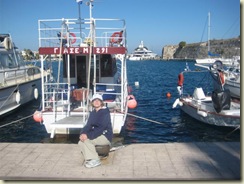 Ellen at the Marina 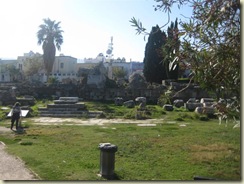 Archeological Site near the Port 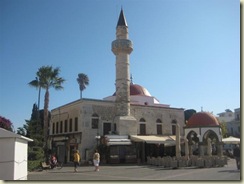 An Ex-Mosque in Downtown Area 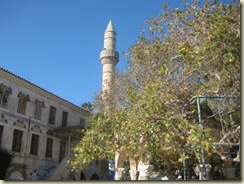 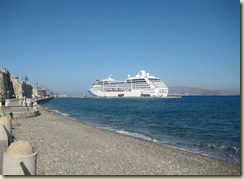 The Quest from the Beach Area 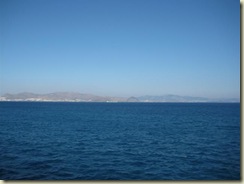 Greek Islands off Starboard Side

Most exciting part of the day was the announcement that our departure was being held up by a missing crew member.  A guard at the gangway had a passport in his hand when he spotted the crew member sauntering his way toward the ship.  A few, well versed, shouts, and the boy started on a full sprint to the ship.  I captured all of the action. 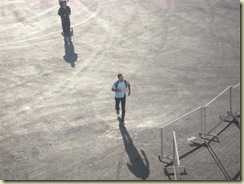 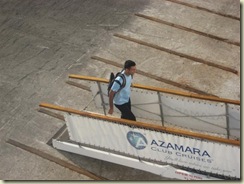 Crew Member – Late getting to the Ship

The Sail Away from Kos was picturesque and involved a good view of the neighboring islands. 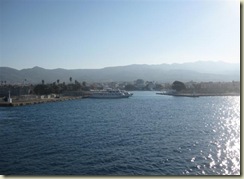 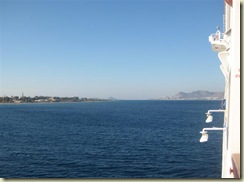 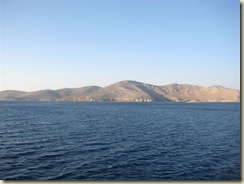 Kos Sail Away (three photos above)

Showtime tonight is the Farewell Show:  Tonight, the show features the Cabaret Singers including a new member, Alexander, as well as John Cristie.  Alexander did a fine job on “The Street Where You Live” – I knew he was a singer from his work on the Halloween Deck Party. 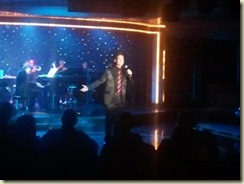 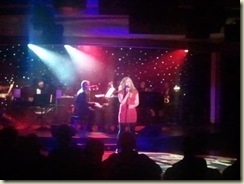 John Cristie finished the show with another nice set – He is staying on for the next cruise so we will hear him again.

We don’t have to pack but we do have to be off the ship pretty early.