Back in Corfu again…this time we are going to check out Corfu Town (we are not on tour today).

Corfu is the second largest island of the seven Ionian Sea Islands. 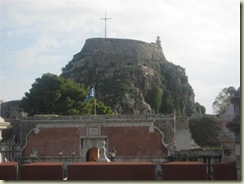 The walk through the town reveals interesting architecture, damaged buildings, and a statue of Costas Geogakis, student martyr and hero (for Greek Independence). 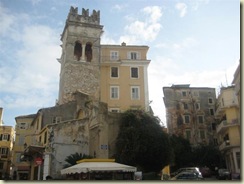 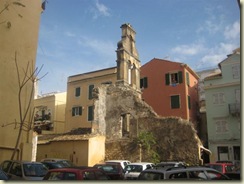 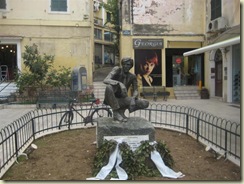 We also found a sign that indicated “Synagogue” so we followed it and additional signs to a back street with a yellow building – the Synagogue. 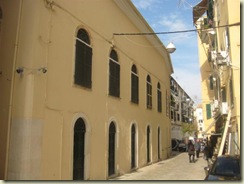 The Synagogue in Corfu 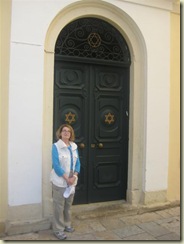 The synagogue was closed. Ellen spoke to someone in a nearby shop who said he would call and someone would come and show us around.

We came back a bit later and there was a woman who showed us around the shul, told us that the shul held high holiday services only. She also said that they had been vandalized recently. 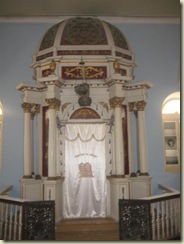 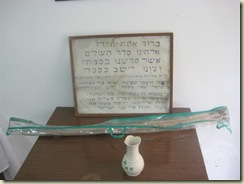 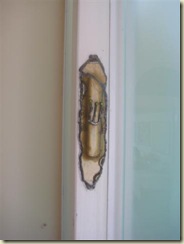 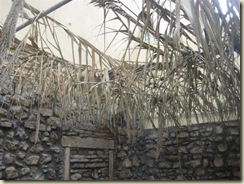 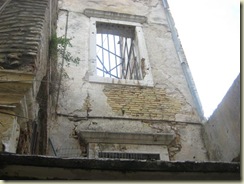 We left a donation with the woman and set out for the shuttle drop point. Soon we were back on the pier. 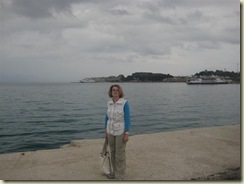 Ellen at Pier with Corfu Town in background 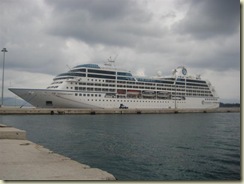 The Quest docked in Corfu

An interesting day in Corfu…