Not a very nice day in Brindisi, Italy, a city located half way up the heal of Italy’s boot. On the positive side, the port terminal building is located very close to the ship and getting into the city from the ship is a breeze.

Even though it is threatening rain, we decided to walk around the town. 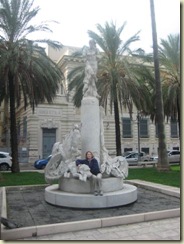 Fountain near the port entrance

For the first time on these cruises, I have come across a statue of a Roman Emperor – Augustus Caesar (below). 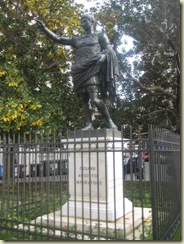 At the end of Via Umberto, one of the two main long streets in Brindisi, we run across a fountain in the shape of an anchor – The Fountain of the Anchors (1937).  It’s not running but it is impressive. 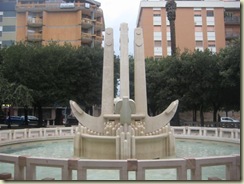 The Fountain of the Anchors

Heading back to the pier, we came across an archeological site (Saint Peter of the Schiavoni site) highlighted by a well preserved arch. 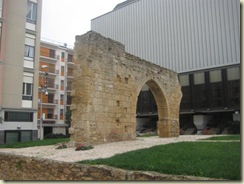 Continuing on, we came across a large square containing the Cathedral of Brindisi. 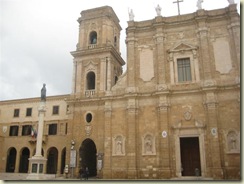 Very close to the port, there are the Roman Columns.  Once thought to be the end of the Appian Way (the road from Rome), it is most like just a landmark pointing out the coast to sailors.  The Roman Columns (one standing and the other toppled) originated in the 1st Century BC and were reconstructed in the 2nd and 3rd Century AD.  The columns are nearly 60 ft tall. 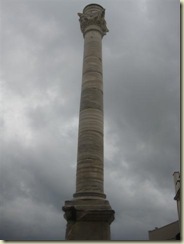 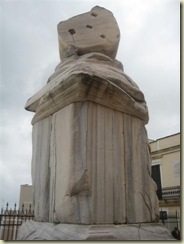 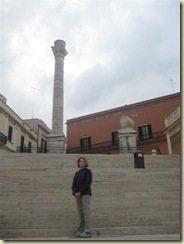 Ellen and the Roman Columns

Scheduled tonight at 7:15 PM is Talk 3 - “DNA Testing: Mystery of the Romanovs”. I was pleased with the 20 attendees (expecting a smaller crowd).

After my talk, we took in Robyn Sears in the Looking Glass Lounge.  She did some different numbers from her show on the last cruise.  She is very energetic and entertaining and had a very nice crowd. 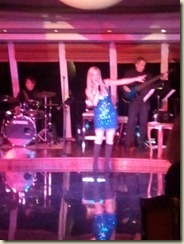 Tonight, we cross the Adriatic to reach Kotor, Montenegro,  The forecast is for smooth seas.