Following brunch with the kids, we get a ride to the Airport.  Our flight is on time and our plane is waiting.  The 777 has been changed to a 767-300 but we are lucky enough to have kept our precious exit rows (21HJ). 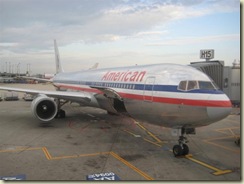 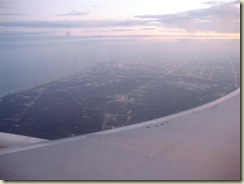 The sequence of pictures below are of the sunrise over the Atlantic and UK. 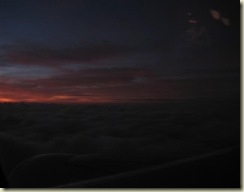 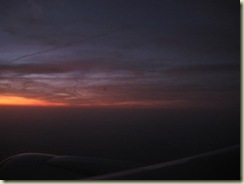 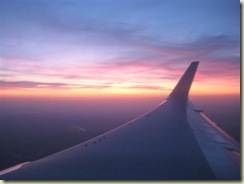 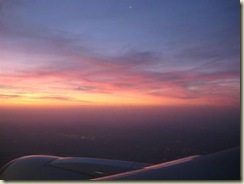 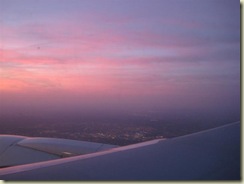 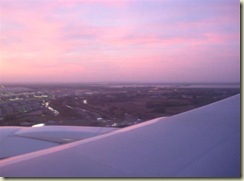 Final Approach to London as the Sun rises

The layover between flights was about four hours – some of this involved getting from Terminal 3 to British Air Terminal 5.  BA632 is the first non-Airbus plan we have flown from LHR.  It’s a 767 and we do not have exit row seats for our four hour flight to Athens.

Gates are announced within an hour of flight and everyone hopes that they will get a gate in the A concourse (where everyone waits).  We lucked out and our new gate was right where we had been sitting.  A good thing, since I was so tired from the flight and no sleep that taking a train out to one of the other concourses would have been annoying. 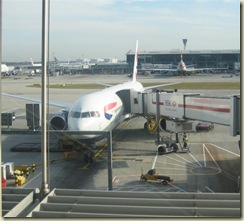 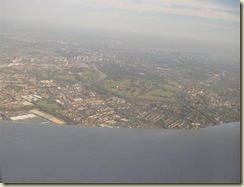 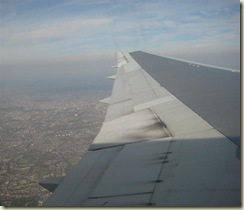 We flew over the Alps (not sure which country) as we made our way to Athens (bellow). 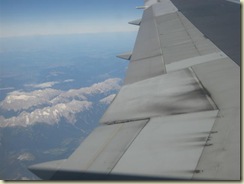 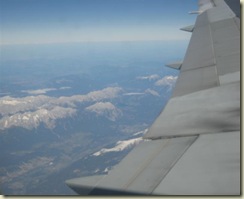 The coast line of Greece is visible in the photo below. 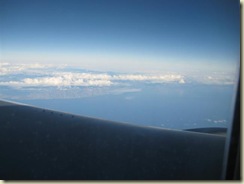 The final approach into Athens is quite dramatic – turning around a number of hills and into the airport.  One of the attendants made me turn off my camera (“because it runs on electricity”) even though it has no WiFi and emits negligible em radiation.  I usually get more pictures of the landing but the one below is all I could get. 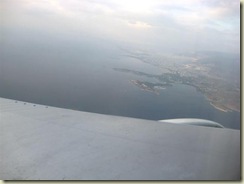 Our luggage also made the trip to Athens and our driver, Bogdan, was there with our name on a sign (always wanted to see that).  We picked up another couple and an hour later (about 7 PM) we were at the Phidias Hotel in Piraeus.

Our room was  on the fourth floor in the older part of the hotel but the rate of 30 Euros/night (5 Euros for breakfast) seemed like a good deal.  The free WiFi signal was strong and we were able to catch up with everyone and everything.

The room was quiet and we did get some sleep.  I was still on Chicago time and it would take another two days to catch up to Greek time.