First time in this part of Turkey…

The Southwestern part of ancient Turkey was called “Pamphylia” and was part of the region known as Anatolia.

The resort city of Antalya is named for King Attalos (1st century BC) and currently has a regional population of about 750,000 people. 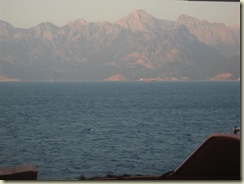 We are on tour today:  “Pamphylian Perge and Acoustical Aspendos”. The tour will take to the amphitheater at Aspendos and then to the Perge Archeological Site.  Our guide is Immuhan – or “Han” – her accent is heavy but she is understandable. 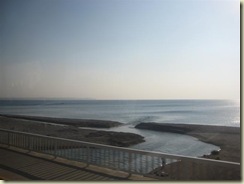 The Gulf of Antalya from the bus

Our first stop is the theater at Aspendos. It is the best preserved Roman Amphitheater in the world.  Constructed in the first century AD, it can seat 7000 people. 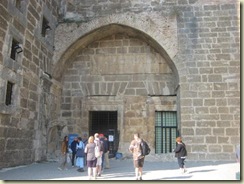 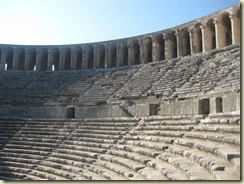 I jogged up the mid portion of the theater (the stairs beyond there were not very easy to climb).  Can you spot me in the picture below? 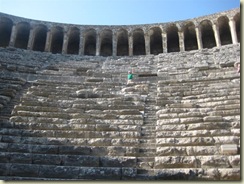 Trained escorts need to keep up with the latest technology – see below. 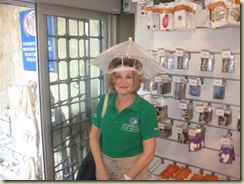 Perge (pronounced “Par-gah” by Han) is located about 10 miles northeast of Antalya.  It was founded in  1000 BC but the structures seen at the site are generally from the Roman Period (1-2nd Century BC).  Perge is the site where Paul began with missionary journey in 48 AD.

The group entered the complex through the Roman Door (below). 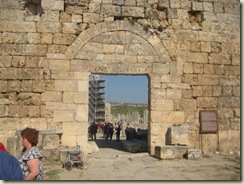 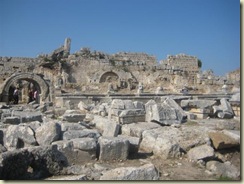 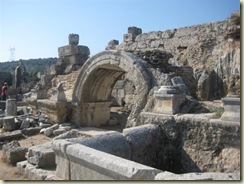 The next few stops were at the Roman Baths. 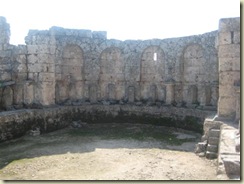 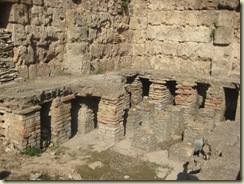 There is little left of the Hellenistic Period in Perge but one surviving structure is the Hellenistic Column that formed part of the original entrance to the city (ca 2nd Century BC). 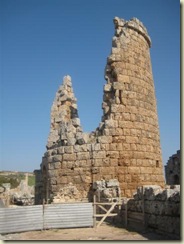 Every ancient city had its Agora – market place and gathering place.  The one at Perge is distinguished by its many columns. 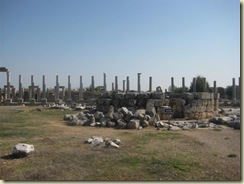 Han, our guide, pointed out a relief in the Agora.  The image contained a hook and a knife.  She told us it was the sign of the butcher shop (below). 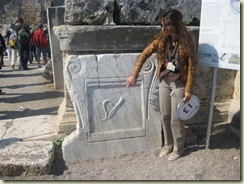 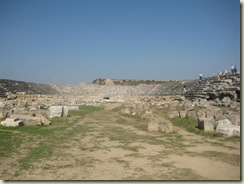 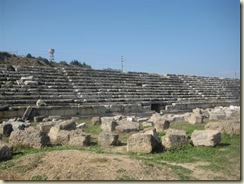 Before returning home, the tour stopped at J Diamonds, a shopping stop for fancy jewelry.  The manager said we could use his computer to check our e-mails but G-Mail was blocked on his computer.  We did get two Diet Cokes out of the deal. After about 45 minutes, the passengers emerged and we headed back to the pier. 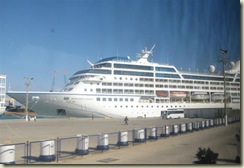 The Quest from the Tour Bus – Almost Home

The pier had free WiFi so we check in with everyone. 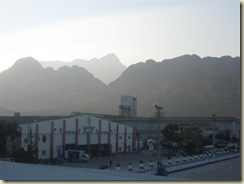 The Taurus Mountains from the deck

After dinner, we went to the Looking Glass Lounge to catch Molly Dorsman, one of the Cabaret Singers, in her own show.  She did a nice mix of country, folk, and some of her own songs.  An enjoyable evening and a good turnout. 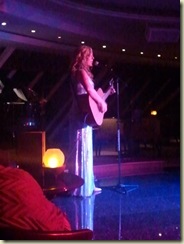 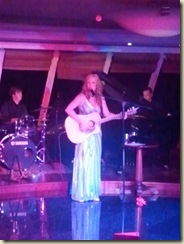