A nice day in Split…

Split is the second largest city in Croatia with a metro population of 410,000 people.

We are both on tour today - “Highlights of Split Riviera” and my guide is Levanka.  We depart the pier and head for the picturesque town of Trogir. 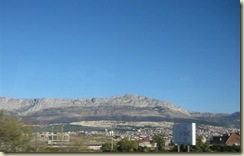 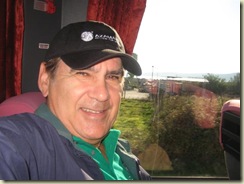 I took this picture

Trogir is situation on an island and is reached by a short bridge on foot from the bus stop. 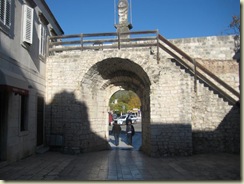 The gate to Trogir – looking back

Trogir has a very nice main square, with coffee shops and its main attraction, the Cathedral of St. Lawrence.  The Cathedral dates from the 13th Century. 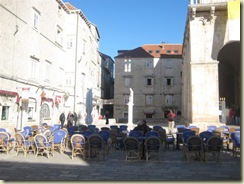 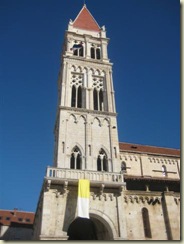 At the entrance of the Cathedral, among a host of ornate columns, and reliefs, are statues of Adam and Eve.  The sculptor had a sense of humor because he gave the first humans navels.  Can you spot the bellybutton on Adam below. 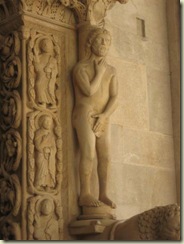 The town hall has a relief of a man on a horse.  The sculpture also did the two sculptures that sit at the entrance of Grant Park in Chicago – small world. 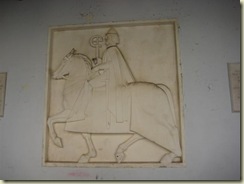 His work is also in Chicago 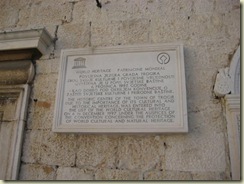 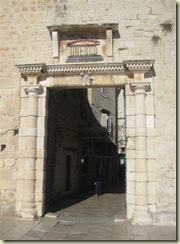 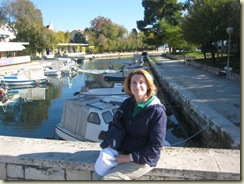 Ellen at the Trogir Bridge 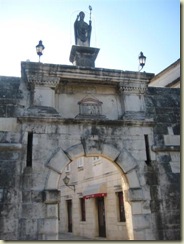 We had a little free time in Trogir for people to try the coffee shops and shop.  I was able to get free WiFi and check on e-mail.

From Trogir we travel to the “Pantan” Old Mill for a snack of local goodies. 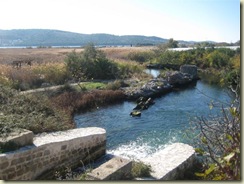 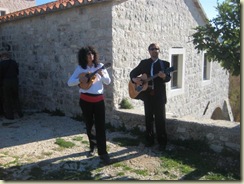 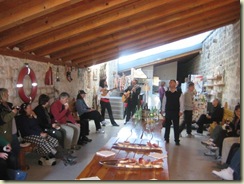 Chowing down at Pantan Mill 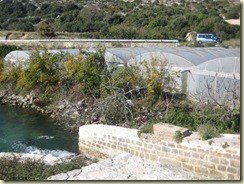 Our final stop was back in Split for a walking tour of the Diocletian Palace.  The Emperor Diocletian built this palace back in the 4th century – he also abdicated his throne at the age of 82 (according to the guide).  His mausoleum is now a cathedral. 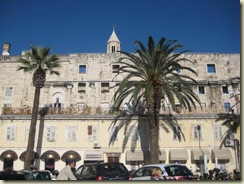 The Palace of Diocletian 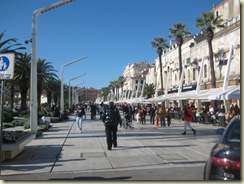 The main street – The Rika

The Rika in Split really reminded me of Southern California – palm trees, water, and blue skies (see picture below). 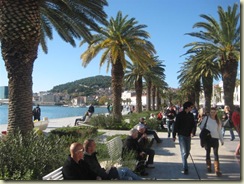 We entered the Palace and found a number of shops in the lower level. 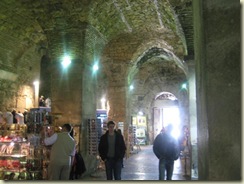 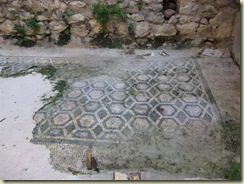 The Cathedral of St. Duje is built inside the remains of the mausoleum of Diocletian (below) 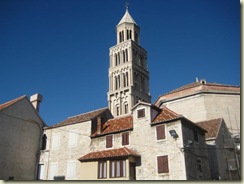 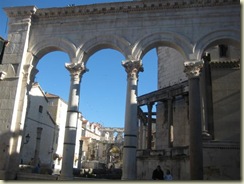 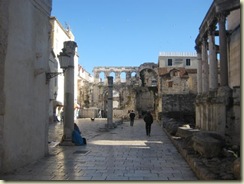 After leaving the Palace, we walked through the narrow streets of Old Split.  The guide pointed out the Jewish area including the locked up Synagogue. 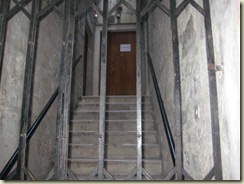 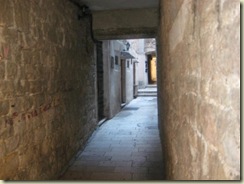 Synagogue (above) and Jewish Street (below) 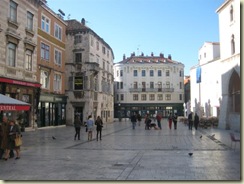 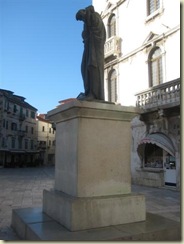 The tour ended at the entrance to the Palace.  I met up with Ellen and we checked out the flea market.  After some “walk away” negotiating, I bought a nice cap for 6 Euros.  The walk to the ship took about 10 minutes.

We spent a little time on the deck, where we caught a great sunset. 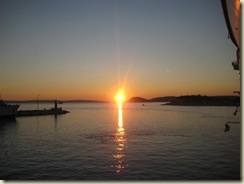 The Sail Away was very nice… 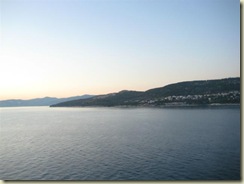 My final talk: “Forensic Detectives: The Life and Death of King Tutankhamen” is at 7:30 PM.  I finished up with 26 enthusiastic attendees.  I think that a lot of people are still watching the shows on television.

Tomorrow, we are back in Italy – Ravenna.