We are having lunch when the ship sails into Dubrovnik.  We will be docked in the old harbor behind the Star Princess. 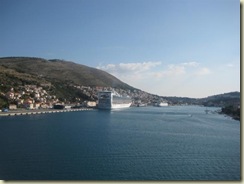 The Old Harbor and the Star Princess 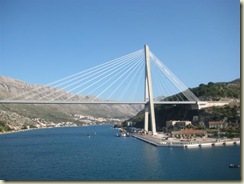 Only one escort option today so we will spring for a ticket.  We are on the “Taste of Dalmatia and City Highlights” and our guide is Daniela, who speaks perfect English and cracks jokes as well.

Our first stop is village of Orasac, where we will get a demonstration of olive oil production the old fashioned way. 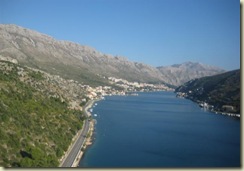 River Ombla from the Bridge

It is a short and nice bus ride to the village of Orasac, where we will visit the Dubelj farm.  It’s an official tourist site (complete with sign) but it is also a working farm. 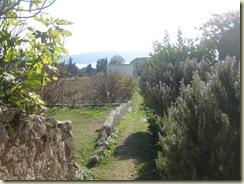 Olive trees and the view at Dubelj Farm

We are all seated in a stone walled room where Mr. Dubelj (I presume) and his horse will show us how olives are crushed and pressed to produce olive oil.  It all looks a bit grungy to me and it turns out that he stopped producing oil this way in the mid 1990s (really?) and this is just a demo. 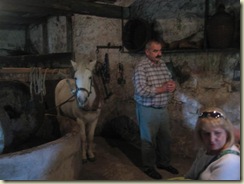 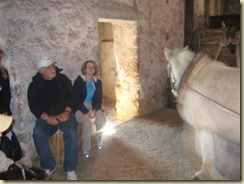 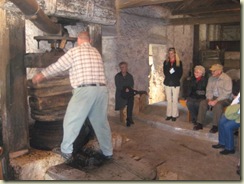 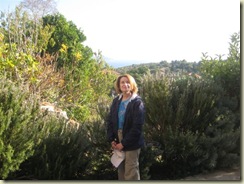 Ellen and the farm – Adriatic in the distance

There a fields behind the farm building and they are being worked by two women (who really don’t look or dress like farm workers). 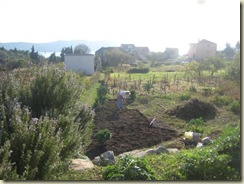 After the olive oil demo, we are served a lunch-snack of olive oil, bread, salad, and cheese.  I am not that hungry but I do try the items. I did like the wine. 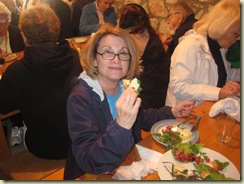 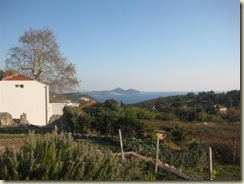 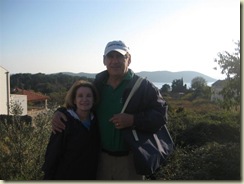 The view can’t be beat

The bus ride back to Dubrovnik is pretty fast and we are set for our walking tour of the old city.  Before we got there, I did get a good picture of the marina and some of the city wall. 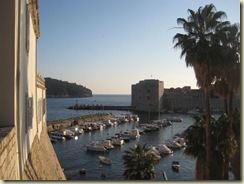 We entered the city through the Polce Gate. 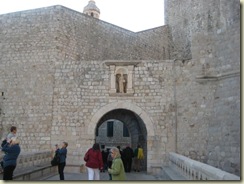 Not far from the gate you can see the Old Harbor – the Odyssey and a Costa Ship are anchored out there beyond the marina (below). 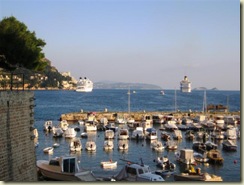 The main street in Old Dubrovnik is the Placa, which stretches from the Polce gate to the Pile gate. The Placa is full of people – I imagine that during peak season, the street is solid humanity. 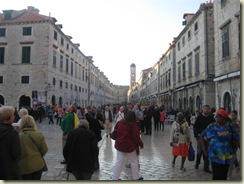 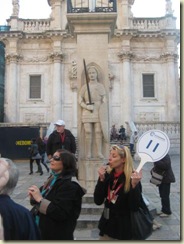 Our guide and the statue of Orlando

Our main stop in the city in the Rector’s Palace.  The palace, now a museum, dates back to the 15th century. 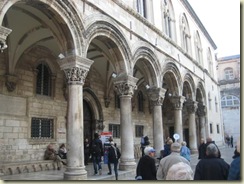 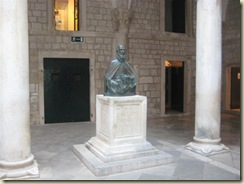 The Courtyard of the Palace 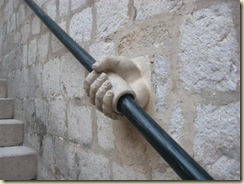 Photography was not allowed in the Palace but when I tried to take a picture of a statue of Cleopatra (from Cyprus), two women – old and young – gave me a whack on the back and a no.  I shot back with “it’s outside of the Palace”.  The Croatians will not back down. 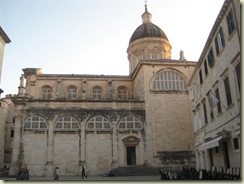 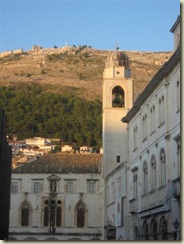 The Clock Tower with its bell-boys

You have to climb some pretty steep stairs to get to the other parts of Dubrovnik – imagine living at the top and having to do this all the time. 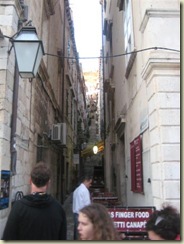 The guide told to meet at the Pile Gate in about 40 minutes.  We went through these gates to find the washrooms across the street and then continued to shop in the city. 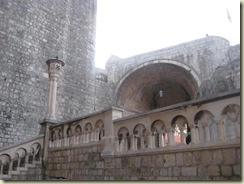 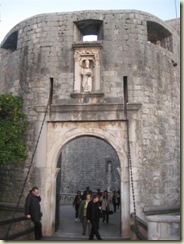 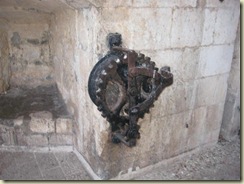 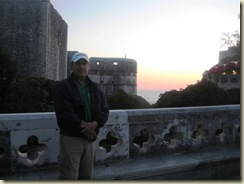 Earlier in the tour, we were told that the Synagogue was located at the other end of the Placa near the Rector’s Palace.  We did locate it but it was closed.  The adjacent Judaica store was open but there was no one there – some of their goods were displayed outside. 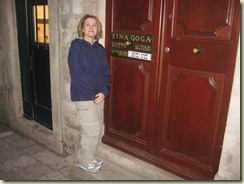 Ellen at the Dubrovnik Synagogue 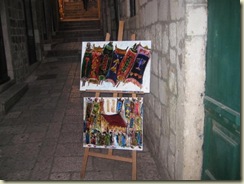 Judaica on Display in front of Store

We did wind up buying some items at one of the stores and were even able to negotiate a bit on price – rare in Croatia.

Back to the Pile Gate (I was helping a passenger get back so the two of us were the last on the bus) and then back to the pier.

A quick dinner in the Buffet (Indian Food today – spicy but not bad and lots of vegetarian items) and off to my fourth presentation.

“Forensics and History:  Mysteries of the Mediterranean” is at 7:15 PM in the Cabaret Lounge.  About 20 people attended and it went a bit smoother than last time.  Colors on the slides still were difficult to see so the King Tut talk will need to be modified to deal with this issue.

Should have worn my pedometer today – there was a lot of walking.