First time on the Island of Cyprus.  Cyprus has an average of 330 sunny days per year and this is one of them. 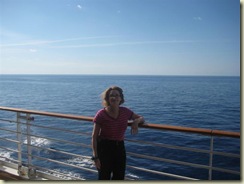 Cyprus is the third largest island in the Mediterranean Sea (behind Sardinia and Sicily) and very close (less than 100 miles) from both Syria and Lebanon.  The ship is anchoring off the city of Paphos on the Western side of the island.

Paphos is named for the son of Pygmalion and Galatea (his famous creation).

We are on tour day - “Curium and Omodos Village”.

Tenders (lifeboats) take us to the shore. 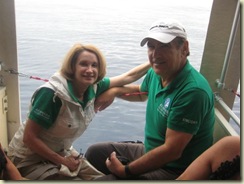 On the tender in our Escort Gear 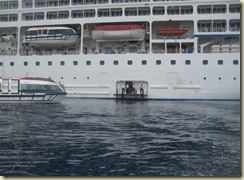 The officers including the captain see us off 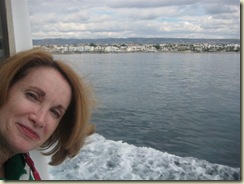 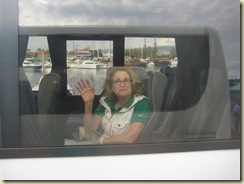 Ellen in her bus and ready to go

Ana is my guide today and she speaks very good English.  The bus is comfortable and the weather is mild. 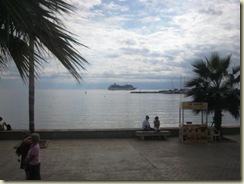 The Quest at Anchor is the harbor

Feel like getting a haircut and a shave – think twice about going to the place below. 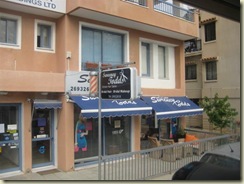 Our first destination is the Archeological Site at Kourion (Curium) and the route takes us along the coastline.  The bus stops at Petra tou Romiou for a photo stop.  This is the mythological site of the birthplace of Aphrodite (born from the sea foam).  The site consist of three large stones in a linear array (one on the shore and two in the sea).  She emerged from the water and went to her nearby temple where ruins are found today. 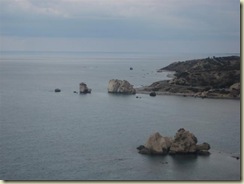 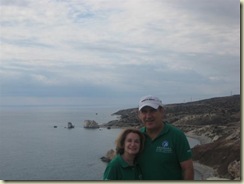 We are there together…

From this birthplace of a goddess, we make our to way to the sanctuary and temple of a god, Apollo. 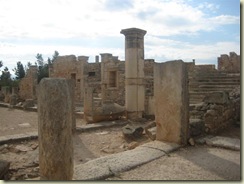 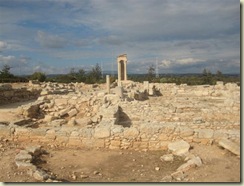 Temple of Apollo from Entrance of Sanctuary 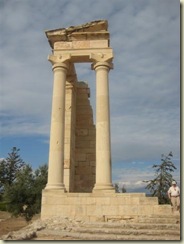 From the Sanctuary of Apollo, the tour continued to the Archeological Site of Kourion (Curium).  The structures here date from 300 BC to 7th Century. 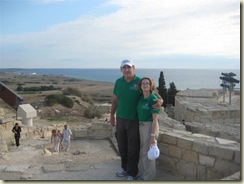 Catching up in Kourion

The House of Eustolios dates back to the Early Christian Period (3rd to 7th Century). 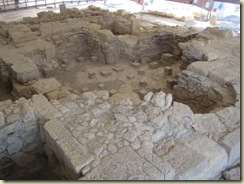 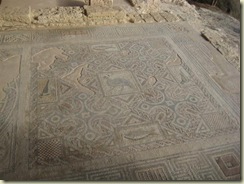 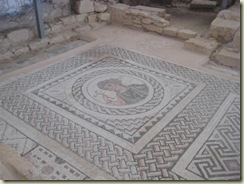 Mosaics in House of Eustolios

The platform protecting the structures afforded an excellent view of the Mediterranean. 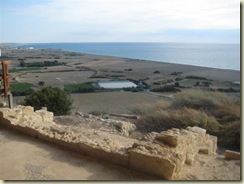 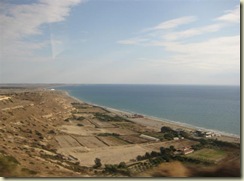 The white structure in the photo below is a desalination plant – providing Cyprus with drinking water. 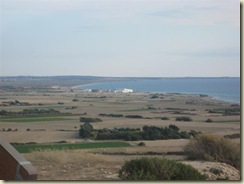 The site also contains a restored theater than originally dated back to the 3rd Century BC. 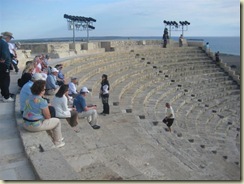 Our final stop is the village of Omodos, a quaint town in the mountains of Cyprus.  Along the way, we get a look at Mount Olympus (not the Mount Olympus), the tallest peak on the island – 6400 feet. 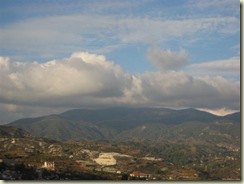 Omodos is a cute little town with shops selling mostly local food items.  There were many samples to taste including that same hard bread we had on Santorini.  I also tried the Carob Cookies. 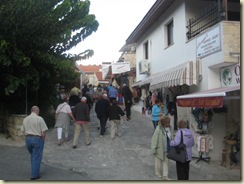 The group was sent on their own to explore the village so I went looking for WiFi.  I found it in a cafe near the monastery.  It did cost me a coffee (1.5 Euros) but I used their fast computers to check everyone’s e-mail account.  While Ellen send some e-mails on the computer, I checked the news on my phone.  It was worth the price, the coffee was very good, and the cafe folks were very friendly. 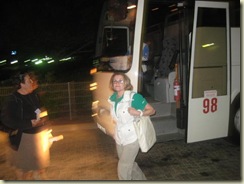 The tour ended in the dark and we tendered back to the boat in the dark for the first time.  It was peaceful and the ship all decked out in lights was very dramatic.

A long day but a nice tour.

My third talk - “Mysteries of the Mediterranean” - is scheduled for this evening.  Small (10 attendees) but mighty turnout.