Local Information.  Manzanillo is Mexico’s busiest commercial port.  The city is named for the Manzanillo trees that populate the area’s sand dunes.  The hardwood forests near the city prompted the Spanish to build a seaport here, where ships could be built and repaired.  The city also has a place in Hollywood history – the slow motion beach trot by Bo Derek in “10” was filmed at a Manzanillo Resort Hotel.  Manzanillo, you might say, started the “corn row” craze. 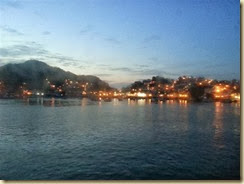 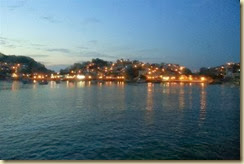 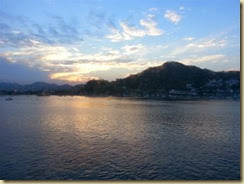 Today, the Quest is docked and the dock is right in the center of town,

There are several Mexican Navy vessels also docked in the harbor with one patrol boat moored next to the Quest. 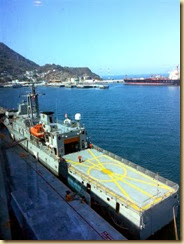 Most of the day, the sailors about the ship scurried here and there looking very busy – not sure what they were doing.

We passed from the dock area 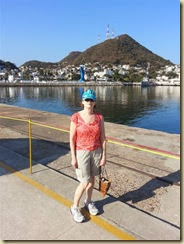 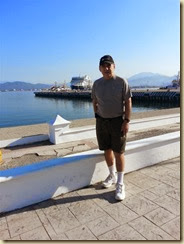 through a security pavilion, where we were greeted by local dancers (they looked liked kids to me) 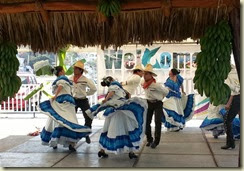 The dock area is dominated by a very nice park and by an enormous statue of a Sailfish – a testament to the area’s sport fishing reputation. 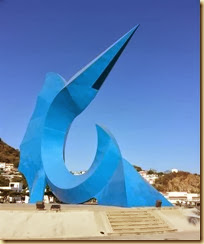 The Park and Sailfish

An easy five minute walk from the pier puts us right in the middle of the shops.  I suspect that if we were here, most of the shops would be closed for Sunday.  Even so, not all shops are open.

Manzanillo consists of narrow streets with old shops – lots of bars, bodegas, and shuttered businesses.  Homes are located on the hills behind the town. 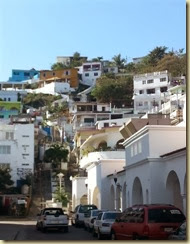 Residences on the Hills

The town itself is only about 10 blocks long – there is some unoccupied new construction. 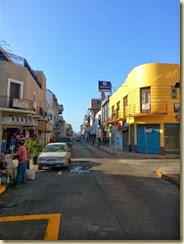 We were interested in finding an Estetica or Belleza shop that offered massages – we did find one but all of her therapists were ill (not a good omen).  Instead, the owner invited us out on the roof of her place to admire the view.  That worked out pretty well until a Paloma (pigeon) decided to supply me with a souvenir. 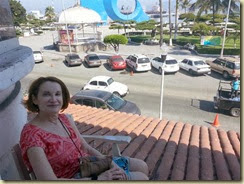 On the Roof of the Belleza and the View

We went back to the ship for lunch in the Window’s Cafe.

The sail away is pre-Dinner today, so I was able to document the departure from Manzanillo. 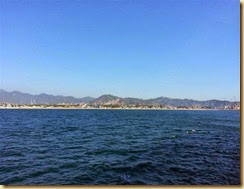 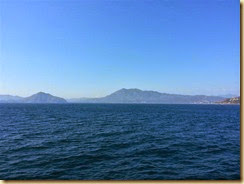 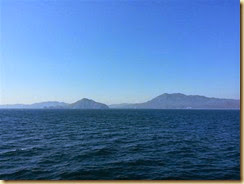 We ate dinner on the back deck of the Window’s Cafe – it was Mexican Buffet Night and, while most items had carne, the veggie quesadillas were very good.  I had a salad and another delicious pasta prepared.  Chocolate dipped Churros finished off the meal.

Showtime tonight is the second Production Show - “Danzare – To Dance”.  The show showcased the four dancers interspersing their high voltage dancing with apocryphal songs.  The show was very entertaining and we sat in the second row within sweating distance of the dancers. 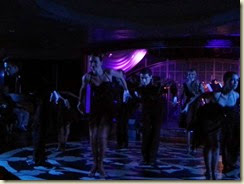 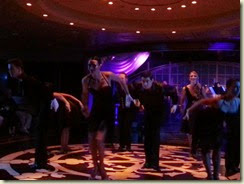 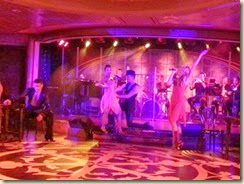 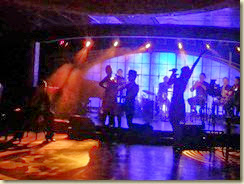 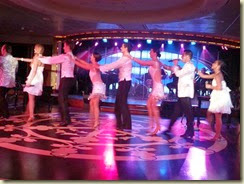 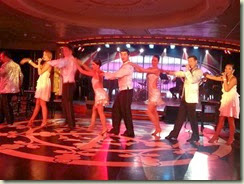 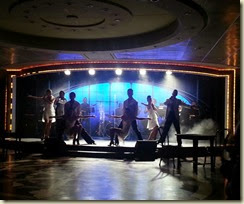 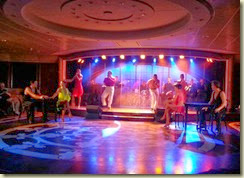