Local Information.  Key West is located 150 miles from Miami and just 90 miles from Cuba.  The island was originally called Bone Key (Cayo Hueso became “Key West”).  Since the 1930s, Key West has been a go to destination for the rich and famous, including Ernest Hemingway and Tennessee Williams.  John James Audubon painted birds of the area here and Harry Truman set up a vacation White House on Key West.  Key West is a nice but expensive place to live.

A beautiful day in Key West.  Spring Break is on and St. Patty’s day is coming up (OK to start early).

We are here today docked next to the Disney Wonder and the HAL Nieuwe Amsterdam.

My final talk is at 10:30 AM prior to our arrival in Key West.  The talk, a new one on ships, is “Identifying American’s Fallen Heroes”.  One of my regular attendees told me before the talk that she would be leaving during the WTC portion of the talk.  The attendance on a late port arrival day is good with little drop-off from the 150 or so passengers.  The talk went very well and I got some very nice comments from folks when it was over.

All in all, a successful series on this cruise.

Our plan today is to walk around Key West and see the historical sites and other points of interest.

The port area looks brand new and our walk off the ship is short and right into the city. 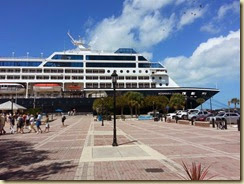 As we made our way out of the port and deeper into the city, I couldn’t resist taking pictures of Ellen in a diving helmet and with a FL Pirate.  I didn’t try the diving helmet because summoning the KWFD to cut me out of the helmet just didn’t seem like a good way to spend the day. 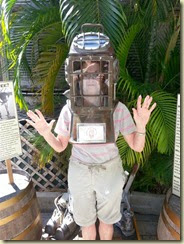 No Leagues Under the Sea 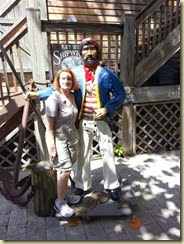 It didn’t take long to run into something we didn’t see last time we were here - “The Key West Historic Memorial Sculpture Garden”. 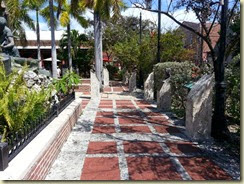 The park honors individuals with a historic connection to Key West.  Among those individuals would be President Harry Truman,who spent a lot of time down here. 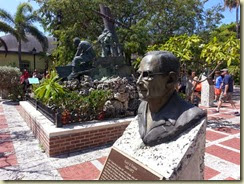 The most amazing sculpture in the garden is “The Wreckers” by James Mastin.  Wreckers are workers that salvage the goods and people of ships that have tangled with the reefs in the area.  It was a major industry in Key West during the 19th century and made Key West the richest city (per capita) in the country. 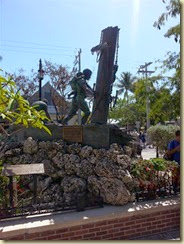 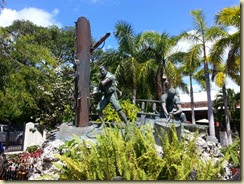 Proceeding down the street we came across “The Audubon House”.  This is where John James Audubon painted birds as part of his collection (when he was not posing as the “King of France”). 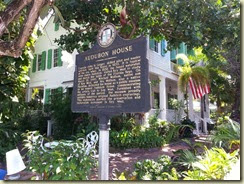 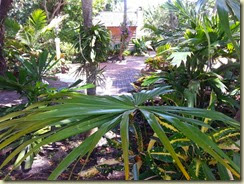 Using a map (yes), we found one of our target sites, Truman’s “Little White House”.  In 1946, President Truman began using this house as his Winter White House. Today, it is a museum but you can walk the grounds and take pictures. 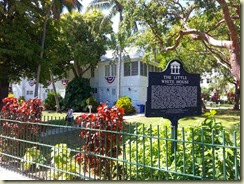 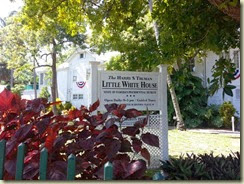 Key West is overrun by chickens. 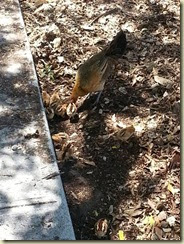 The original chickens were brought to Key West by Cubans for fighting purposes.  When cockfighting was outlawed in the 1970s, the chickens were allowed to run free.  They since have bred with local domestic chickens but they are still everywhere and protected.

The point is that the bird below is not a chicken. 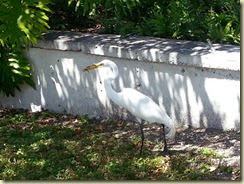 Ernest Hemingway was one of Key West’s most famous residents.  His house is a museum and is difficult to photograph from the street. 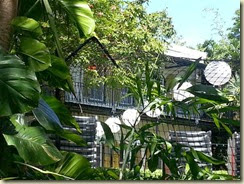 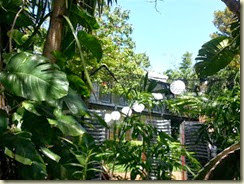 The Key West Lighthouse was just a few steps from the Hemingway House. 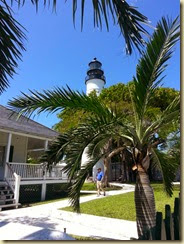 We decided to walk back on Duval Street, the main drag on Key West. 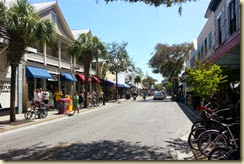 There are lots of restaurants and shops on Duval Street.  One interesting eatery is a “Classic” Denny’s.  Very retro. 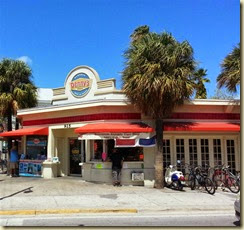 We also saw a theater repurposed as a Walgreens. 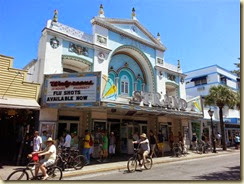 Since it was Spring Break and the day of the “Duval Pub Crawl”, the streets were wall to wall with green clad (for St. Patty’s Day) revelers.  There were all behaving themselves although some of the costumes were indescribable.  I can only imagine what Duval Street will look like after dark.

We headed back to the ship and I got a nice shot of the Quest. 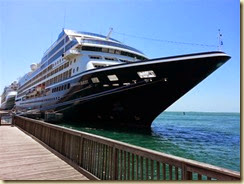 We stayed out on Deck 5 and watched the port transform into a kind of circus with all kinds of acts (acrobats, singers, dancers, fortune tellers) 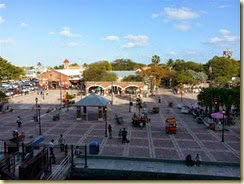 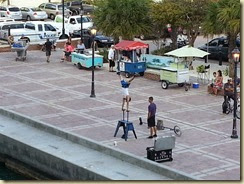 It’s All Happening at the Pier

The HAL ship departed before we got back and the Disney Wonder had sounded its very cool whistle –“When You Wish Upon a Star”, and soon it was pushing. 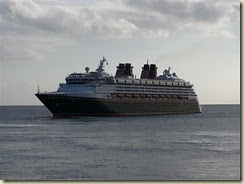 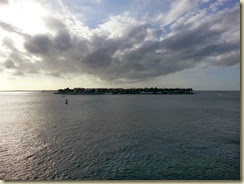 Sunset Key from the Port Deck 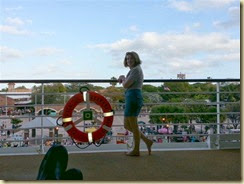 We stayed so long on the deck that we came about an hour late to dinner.  After dinner, we went to the “Farewell Show”, which featured Bruce Smirnoff (still very funny) and Minda Larsen, who put on a great show including singing a song called “I Love Sailing” backed up by great videos.

Ellen did her usual great job of packing and our bags are outside our door.