Local Information.  Puntarenas is the largest city on the Pacific Coast of Costa Rica with a population of 358,000. The city, located on a peninsula on the Gulf of Nicoya, is called “Sandy Point” in English.  Costa Rica is very environment conscious protecting about 25 percent of the natural resources. The population is the most literate in Central America with a literacy rate of 95 percent.

No tours today – even though it is very warm, we are going to walk a bit around the city.  That plan only worked for about 30 minutes or so and then we were back on our air-conditioned ship.  We didn’t have the where with all to even seek out our favorite spa in town as we had two times previously. 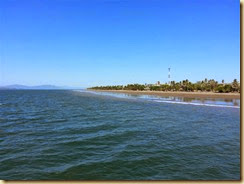 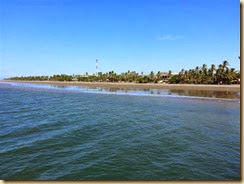 After dinner in the dining room, we went up Deck 10 to get good seats for Alex McHale’s show covering Michael Buble.  Alex put on a terrific show and that, coupled with perfect weather, made for a great evening.  He did all of the Buble songs perfectly including the more difficult “Home”.  I posted his group “Selfie” on Facebook. 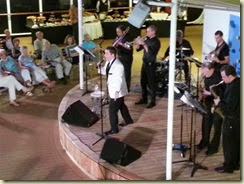 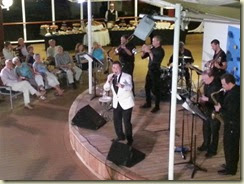 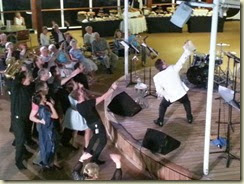 A selfie within a selfie

Following Alex was was another show from Bruce Parker.  He once again spread his energy over the crowd with more Motown, doo-wap, and standards. 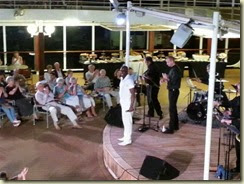 While we were watching both Alex and Bruce, the ship sailed the incredibly short 7.6 Nautical Miles to Caldera, the commercial port that will be the Embarkation port for the next cruise.  At least, we won’t have to deal with any bow thrusters tomorrow morning.

We checked with Shorex and found that we both had tours tomorrow.  That will allow us to be off the ship while the new passengers get on.  Perfect…