This is a new port for us. 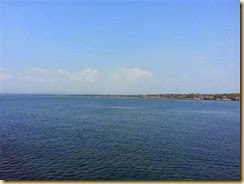 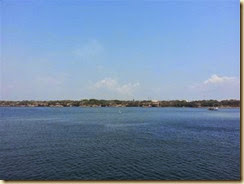 The Coast of El Salvador

There is not much of a port but there is a recreation area near the port.  It is warm today so we plan to go to the Recreation Area after breakfast. 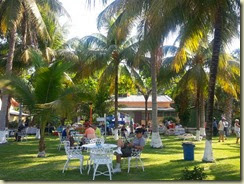 The area has WiFi and is manned by a group of vendors selling various items.  A mariachi  band provided the entertainment and a nearby beach was there for sun worshippers. 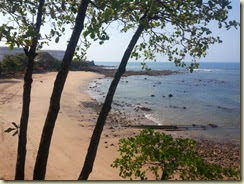 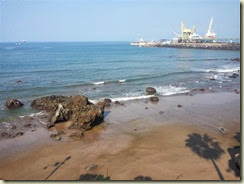 The beach at Acajutla

There is also an ambulance standing by just in case someone needs some medical attention. For us, it was just a hang out at the park day – until it got too hot and too buggy. 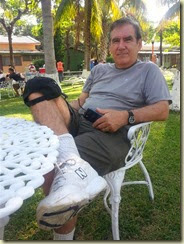 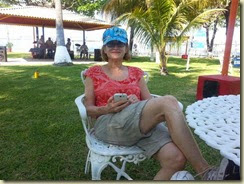 Checking in at Acajutla

My final presentation is at 2:00 PM which is also when we push for our next port.  The talk - “Identifying the Famous and Infamous” – got started a little late because tonight’s singer ran a little late on his rehearsal (right up to the 2 PM start time for me).  Then the captain came on with his daily update so I didn’t really get going until about 2:15 PM.  The talk was once again well attended – I am calling the crowd at about 150 people.  Overall, the five sessions went well and I got lots of nice feedback (one seasoned cruiser told me that in the 72 cruises she has taken, I was the best speaker she had ever heard - “my my, the vapors”).  Hope she posts that somewhere. 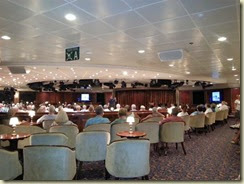 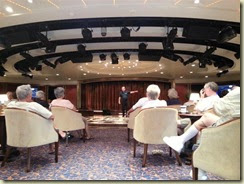 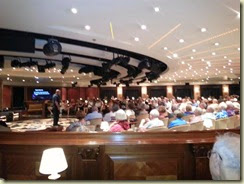 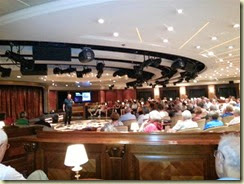 Showtime tonight was “California Soul Man” – Bruce Parker, who puts on a hyperkinetic show featuring doo-wap, Motown, and soul from the 50s and 60s.  We have seen him before and he sweats off about 15 pounds during his show.  Very entertaining.  Ellen and I met his fiancée before the show.