The ship danced all night, and I got up before dawn and got a shot of the pier area as the sun was coming up.  We are not in the usual terminal area and it looks like our luggage will be in that tent. 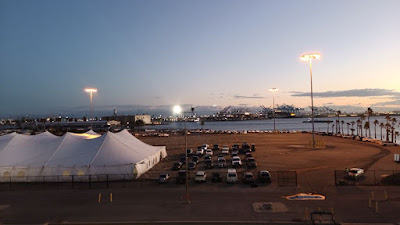 Ellen and I went up to La Veranda for breakfast at 6:30 AM and I got my pancakes and cottage cheese and scrambled eggs for the last time on this voyage.  Even on disembarkation day, this combo was delicious.

At 7:30 AM, we grabbed our carryon bags and went to the Horizon Lounge to be checked out by CPB agents (mine just said “have a good one”).  From there, we went to the theater to wait until our tag color and number was ready to disembark.  Disembarkation was done by scanning our suite cards 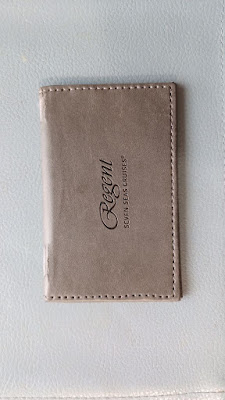 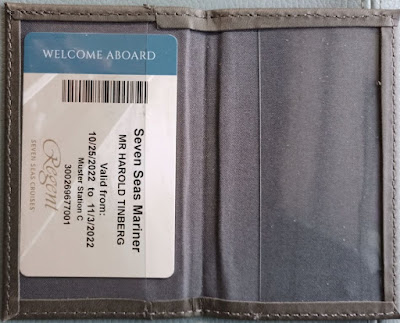 and not by facial recognition.  We found our luggage quickly (small ship benefit) and went to the bus area.  We found out later that our bus had gone to the wrong pier so we semi-froze waiting for the bus to arrive.  After some time, the bus did drive up.  The driver and a port agent polled everyone as to airline (meanwhile Ellen got us seats).  Here's our last look at Mariner from the bus pickup area. 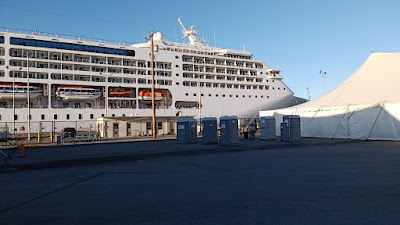 The ride to LAX up the Harbor Freeway took about 30 minutes.  This left us plenty of time to go through the kiosk, check our bags, screen through TSA, and get to Gate 51A Terminal 5.  Our plane, coming from Charlotte, NC arrived a few minutes late, 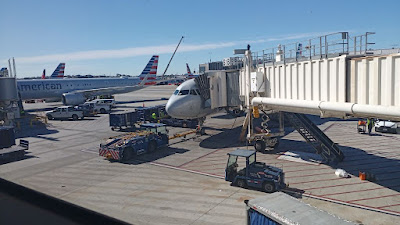 so we boarded AA813 about 15 minutes late.  This time the plane was full – we still had legroom seat, 9E and 9F, but the guy next to me on the aisle was pretty big and might have crossed into my air space a few times.

It was a short taxi and soon we were in the air.  No marine layer today so the views were spectacular. 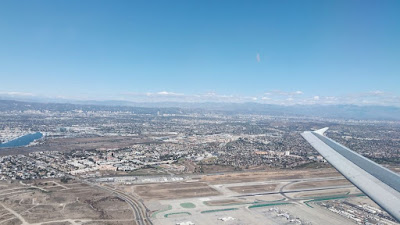 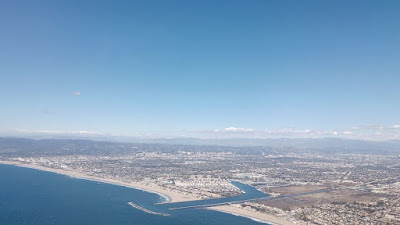 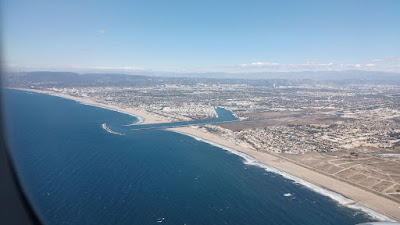 I sat in the middle seat the whole flight.  We had procured some tuna and bread from the ship and Ellen turned that into a wonderful lunch.  Along with the tuna, I had a Bloody Mary (it comes with the seat) and a Diet Coke – a crazy combination but I liked it.  The flight was generally smooth even though the radar indicated some storms along our route. 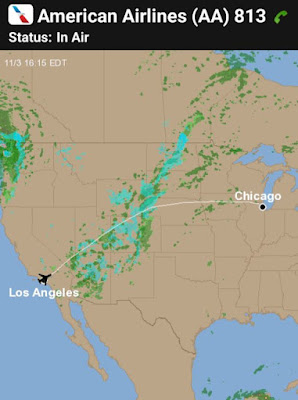 I was able to make it through three hours of the flight without a restroom visit - I thought it best with 30 to 45 minutes to go to take that break now (nobody wants to circle ORD waiting for clearance to land).  Going through the aisle is always amazing with all of those legs stretched out in the aisle – it’s like the hurdles.  There are also shoulders and heads to dodge.  We had some great flight attendants and the passengers all behaved themselves.  We wore masks but there might have been a handful of passengers masked on this flight – the flight attendants did not wear masks.

We arrived in LA around 7 PM or so.  Our bags were some of the last ones to emerge.  I used the American Taxi app to schedule a cab but got a message that no cabs were available at the moment.  I then called 303 Cabs and told someone on the line that we needed a cab, and she told me that Cab 404 would meet us on the upper (departure) level is about 15 minutes.

We went to 3E Upper Level and waited – very few cars were driving by and even fewer taxis.  I had gotten a text from “Pablo Escobar” our cab driver and recently deceased drug cartel jefe that he was on his way.  After a few minutes I called the cab and he said he would be there in 15 minutes.  It was a bit longer than 15 minutes but a “Niles Flash Cab” #404 drove up and it was Pablo.  The fair would be $41 ($2 less than American) and we were on our way.  We got home OK – he was a good driver – and we were back in our Condo.

A very nice – too short – cruise on a beautiful ship with a wonderful Cruise Director and great food.