A beautiful day on the "Garden Island" of Kauai, in my opinion the most picturesque island in the Hawaiian Island chain.

We are on a short but early tour today -“Waialua River Cruise and Fern Grotto”.  This tour is a perfect choice as some of us tired and not totally well.  Had to get breakfast when Horizon Court opened and eat quickly. The tour had a meeting time of 8:15 AM in the Princess Theater. When we saw that there were no designated spot in the theater for our tour, we bypassed the theater and headed to the pier. We got to the meeting spot in the terminal and waited there awhile for someone to show up.

The kids were on their phones 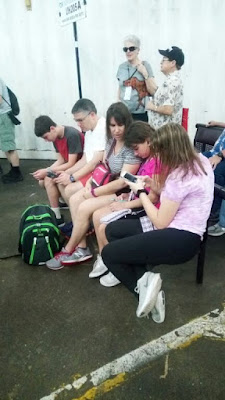 and we were entertained by some local hula girls. 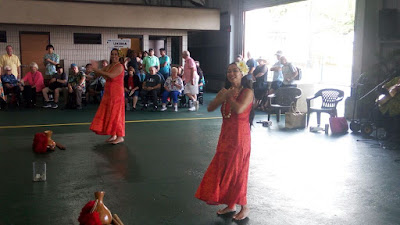 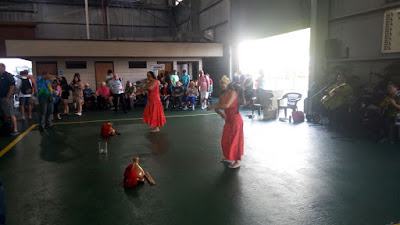 Eventually, our tour folk arrived and we boarded our bus. We drove past the towns of Nawiliwili and the main city of Lihui and the malls located in those areas. 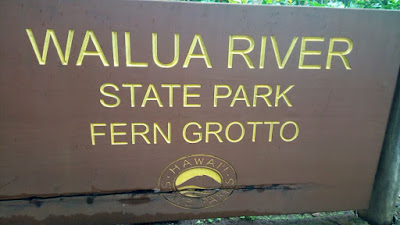 was pretty close to the pier. We found our assigned boat and found seats in the middle to avoid the strong sun. 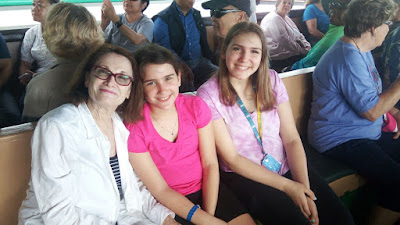 The boat had entertainment - a couple of singers and hula girls. 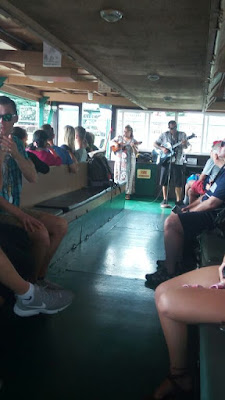 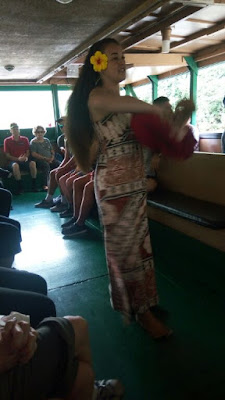 The River was beautiful and I was able to get some nice pictures as we wound our way along lush vegetation bordering the river, 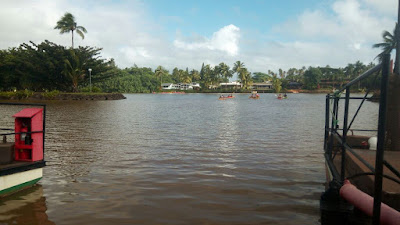 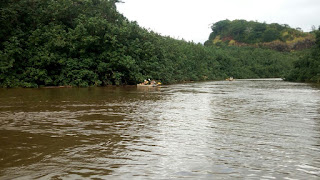 Our destination was the Fern Grotto which is about two miles down the river (the river is actually 20 plus miles long). There were many kayakers or paddle boaters on the  river but very few other motorized boats. We docked and walked a few hundred yards to the Grotto.  The walk was like a trek through a rain forest (which is probably was).  Trees, bushes, all kinds of tropical plants. 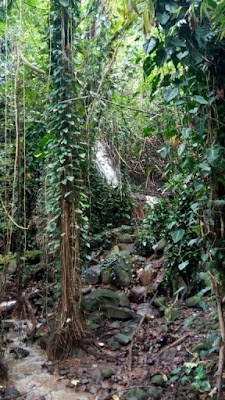 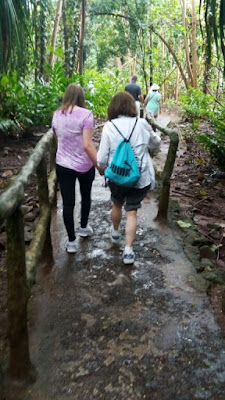 The Grotto is spectacular with a thick blanket of tropical flowers and plants. 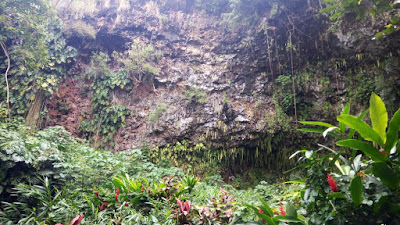 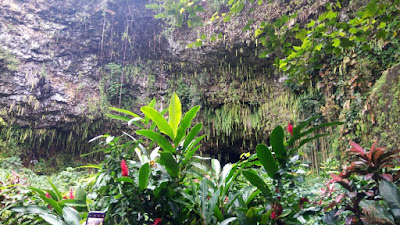 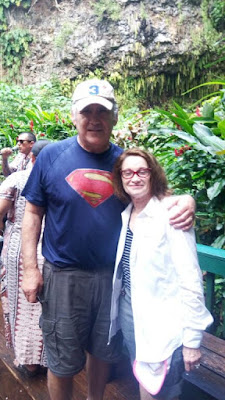 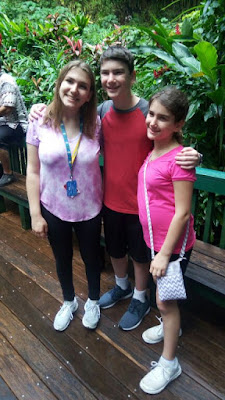 There was a short program at the Grotto – the band sang “The Hawaiian Wedding Song” and the two hula dancers danced along with the music. 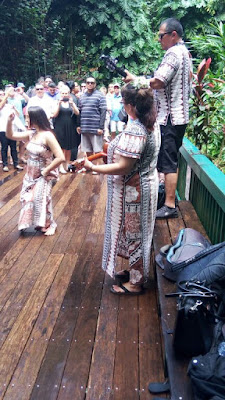 After the performance, the boat took us back to the pier and our bus. 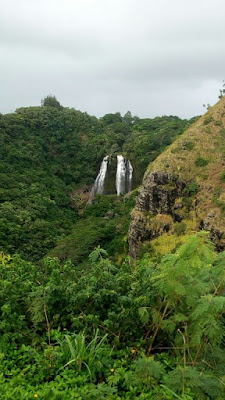 before heading back to Nawiliwili.  The highlight of this tour was clearly the Grotto.

After lunch in the buffet, we took the free shuttle to the shopping center about two minutes from the pier. Ellen bought some trinkets. We also noticed a very nice beach next to the shopping mall. 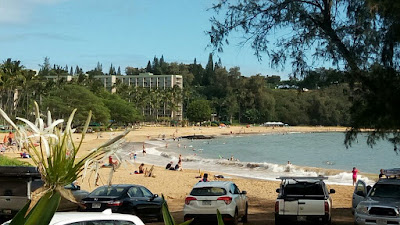 All beaches in Hawaii are public so maybe next time, we might give this beach a try.

We also checked out the Harbor Mall across the highway, where the big draw is the shaved ice store (Dova and squad went there to try the Hawaiian treat). Not finding much, we grabbed the shuttle and went back to the ship.

The rest of the afternoon was spent on the couches on Deck 15 Aft.  The views from the deck are terrific. 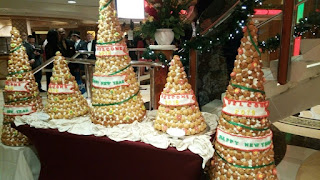 We pre-ordered Veggie Spring Rolls and we wound up with two plates with about 9-10 Spring rolls per plate. They were, again, very good and all but one was eaten. I had a pasta dish that I didn’t care for and another pasta was brought to the table by our personal Maitre D. The second pasta – Oglio with veggies – was much better.

We went to see Steven Ragatz in the Vista Lounge (which was subzero temperature). He is an ex Circus juggler – very low key. We only stayed for a little while (I am not a juggler person).

We went up to the buffet to check out the “New Year’s Eve Buffet” and wound up having coffee and tea.

We opted again not to go to the Production Show – “British Invasion”. Sorry Petula.

We told the kids that we would not make it until midnight and went to the room.