The ship is docked at Aloha Tower, a more convenient location with access to downtown and Chinatown. 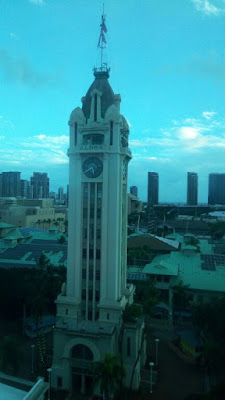 Grand Princess is joined here today by NCL Pride of America, one of the few remaining US Flagged ships.  It is an one off design and is outfitted with patriotic livery.  The Pride of America is the only US flagged ship in the world. 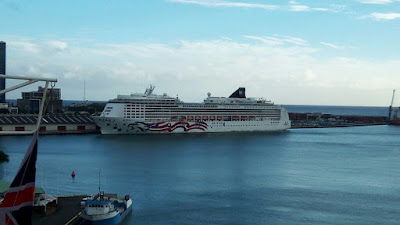 We are all touring today – “Oahu North Shore and Pali Lookout”. It is not an early tour so we can get some sleep and I can get a decent breakfast.

We met the bus just outside the terminal area and we started heading through the city.  The tour took us through the touristic area of Honolulu, Waikiki Beach and past Diamond Head Crater. 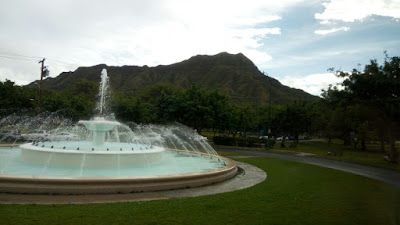 We passed by the Hawaii Kai neighborhood (named for the Kaiser of Kaiser Permanente Insurance Company) and extinct Volcano Koko.  V. Koko was hard to capture from the bus but I managed to get the picture below. 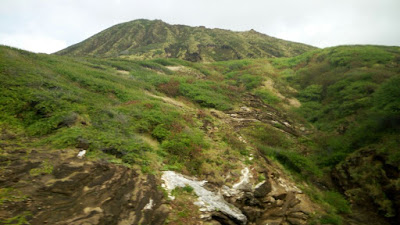 We also got a view of Punchbowl Crater, an extinct volcano, and home to the National Memorial Cemetery of the Pacific. 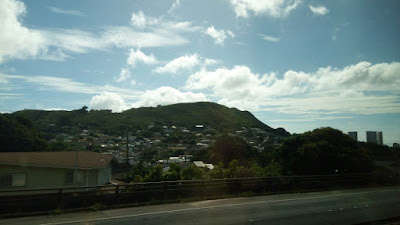 This cemetery honors the men and women of the US Armed Forces who gave their lives in the defense of the country.

Making our way up the coast, we stopped at Haumana Bay, a incredibly scenic bay and beach. 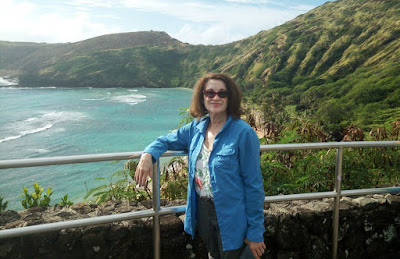 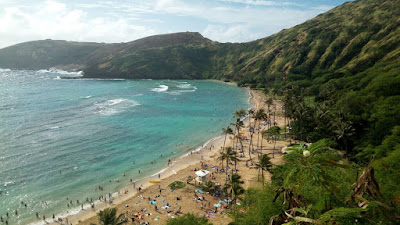 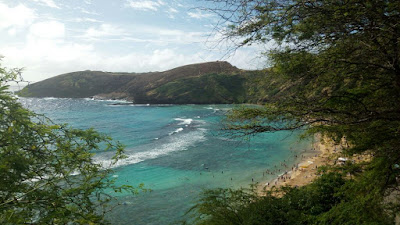 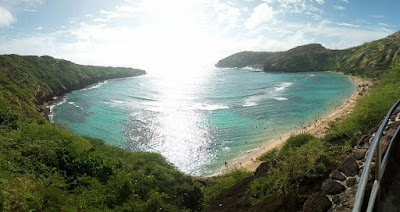 There are a lot of chickens roaming the island and some of them can climb trees. 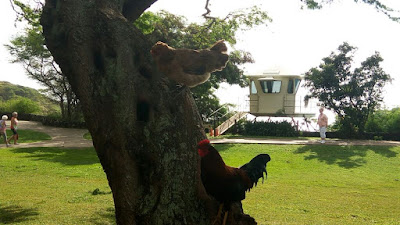 There are also still phone booths on Oahu. 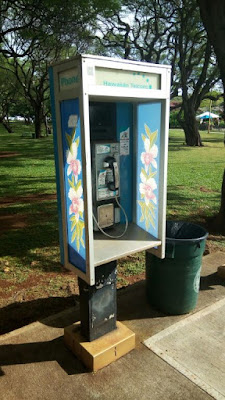 From the Bay, we headed to Halona Blowhole and today, the blowhole was performing rerouting waves and turning them into mist. 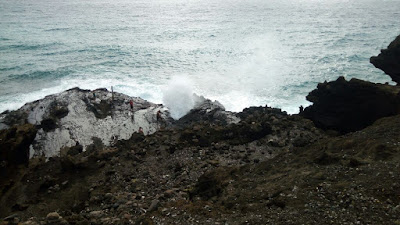 We tried to spot some whales offshore with no luck. Next to the blowhole are two famous locations – the first in the rocky beach where Burt Lancaster and Deborah Kerr rolled around the surf and sand in “From Here to Eternity”. 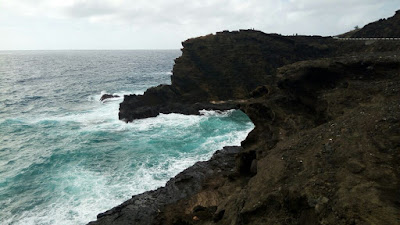 On the other northern side, there is dangerous “Sandy Beach”, home of nasty rip tides. 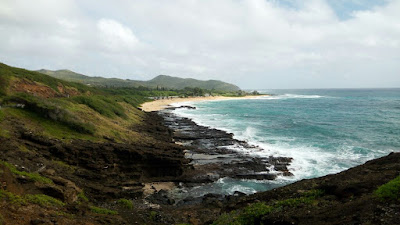 Our next stop was a shopping stop at a small strip mall – more of a bathroom stop for me. A lot of folks went to Mike’s Ice Cream Store to overpay for a cone($3.85 for a single scoop). We were really looking for a snack so I bought chips at the trinket store for a $1.30 and passed on a Coke for $2.99 (we bought those at Mikes for $1.00).

The Pali Lookout is the spot where King Kamehameha forced his enemies to jump to their death back in the day. 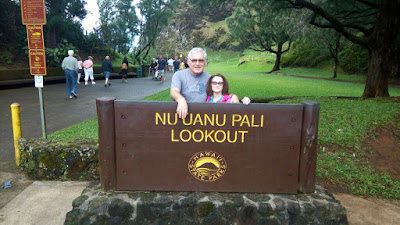 The last time we were here it was a perfect day – today it is cloudy and very windy so the stay is a lot shorter. A couple of days ago, Oahu has torrential rains and the road to the Lookout was closed – the place was still pretty wet. The pictures weren’t as pretty but it is still an impressive vista. 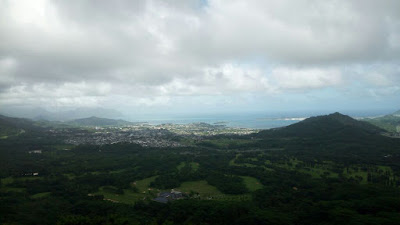 We got back in time to get lunch in the Horizon Court before heading back out to check out the Chinatown Area. Two factors limited out time there – the first was the heat and the second was the fact that the neighborhood seemed a little creepier this time  around. We walked back to the ship stopping at the Walmart to pick up some meds and a thermometer. This Walmart seemed more claustrophobic than ours and the layout was very different. We got our stuff and headed back to the ship.

After dinner, I was the only one who went to the Halau Hula Olana folkloric Show – we’ve see the girls from this Hula School many times before but I like the hula dancing and the Hawaiian songs.  The cast changes all the time because the girls "age" out of the group and are replaced by younger students. 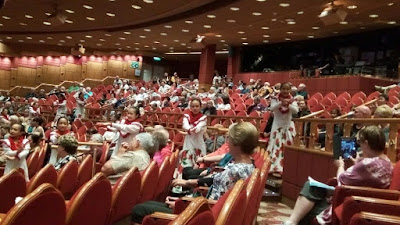 We passed on the Alley Cats – I didn’t feel up to it.

It’s a late sail away tonight (10:30 PM) so we couldn’t really sleep until the thrusters died down. We decided it would take too long so we stuff those earplugs in tight and called in a day. I was awakened by a nasty hum at 1:45 AM – I couldn’t tell what time it was at first because my watch and phone went wacky and indicated that it was 11:45 AM. I called Guest Relations and they said they would send someone by – as soon as the agent knocked on our door, it stopped but I’m sure she heard it out in the hallway. We have heard that same noise as part of the thruster system but this didn’t make sense since the thrusters had been shut down hours ago.