Cherbourg has a population of over 90,000 and is home to the French Submarine Fleet (I didn’t know they had one).

No tour today…we are just too tired due to the time changes.  We took the free shuttle from the ship to the Tourist Office.  From there, you had access to the city center and all of its shops and restaurants. The umbrella shop from the movie - “Umbrellas of Cherbourg” – actually exists (we were told).  We never ran into it.

The town had a typical French look especially the market place (far below). 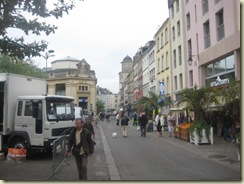 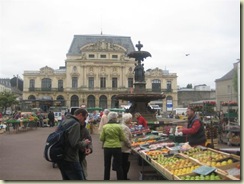 We walked the streets in a grid like manner.  Among the things we saw were “medieval” buildings (below). 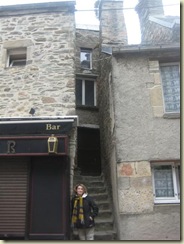 The weather was pretty good – not really cold.  It was warm enough to have a snack or coffee outside (two pictures below). 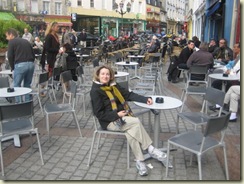 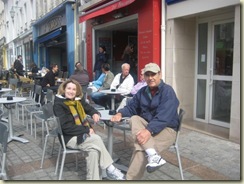 One pub along the way knew who was in port (below). 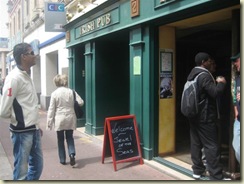 We found an internet hot spot but we had a lot of trouble signing on and writing e-mails because the computers did not have a QWERTY keyboard.  Many of the letters were on different rows.  We had to hunt and peck our e-mails.

We walked pretty much through most of the city center and had to actually move pretty quickly to catch the last shuttle back to the ship.  On the way back, I noted a statue near the port that looked a lot like Athena. 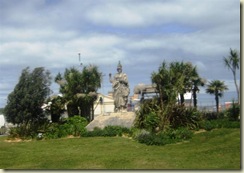 Back on ship, I was able to get a picture of a submarine, which looks like it was part of an exhibition in the ship terminal. 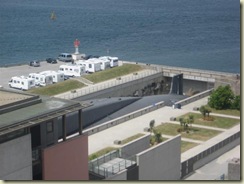 The port of Cherbourg is a military installation so it has fortifications along the inner harbor (below). 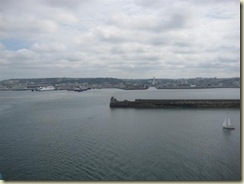 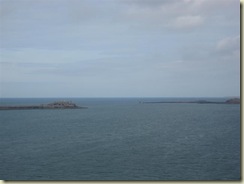 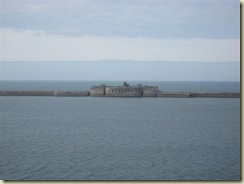 The highlight of the evening was an encore performance by the Tango Buenos Aires dance duo, Rocio and Luciano (pictures below). 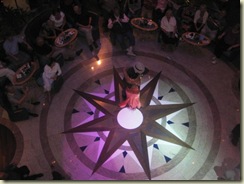 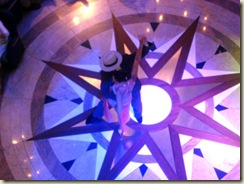 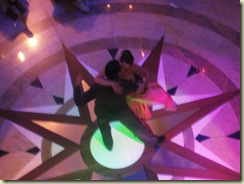 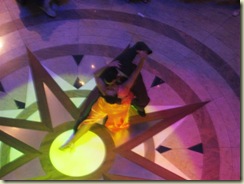 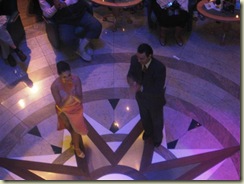 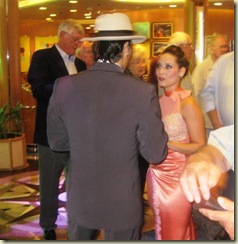 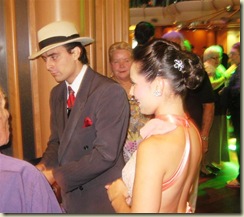 The Farewell Show included Steven Gonzales, a comedian-magician, who turned out to be pretty funny.  The Singers and Dancers also were part of the show (below). 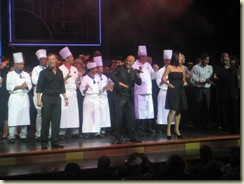 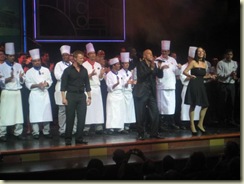