A beautiful day in the shadow of the Rock.  The Rock itself was flirting with dark clouds all day – the clouds stayed put just over the Rock – it was very interesting.  I also had a nice view of the port area. 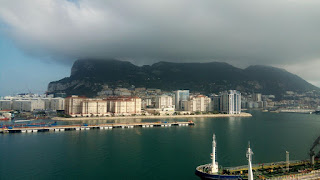 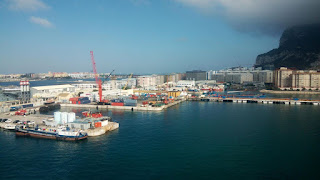 From our stateroom, we could see Algeciras, Spain across the bay. 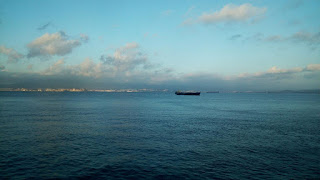 This time out we took a private shuttle from the port to the old city gates – 3 Euros/pp per ride.  As we drove there, the walk did seem to be a little more than we remembered it.  A good call.

We walked around the shops in the main square – Casemates Square – 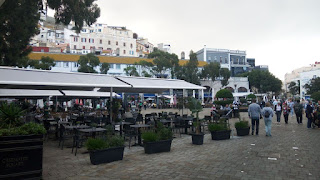 where I found Crocs on sale for 10 pounds at a Pharmacy – I couldn’t find any nice size 12s so I bought a pair of black 13s.  They seemed to fit and were comfortable.  A very good price.

We walked all the way to nearly the end of Main Street, past the Synagogue, and Aphrodite’s Salon. 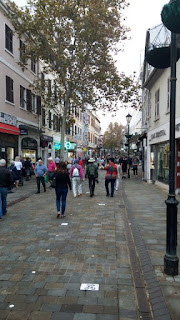 We had tried to get massages here when we were last in Gibraltar but there were no openings.  This time, the Salon was being renovated and was going to reopen next week.

We continued up the street and came across some interesting sights.  The Corps of Royal Engineers Monument - the monument dates back to 1704 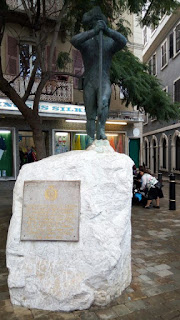 And the War Memorial 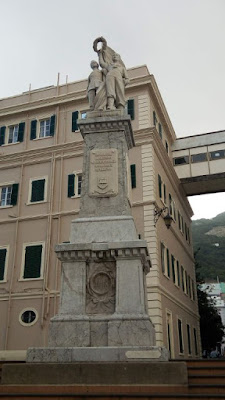 The memorial is also known as the British War Memorial and was dedicated in September 1923.  It commemorates the fallen soldiers in WWI.

In the many shops along the narrow main street, I also spotted a poster for "Dr. Strange" (Leo would like this). 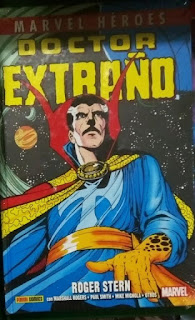 .
And a Lego Policeman. 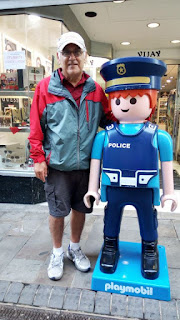 We headed back to the ship and noticed a sign (not easy to find) for massages at “The Home of Your Beauty” at 125/1 Main Street (right side of the street as you climb up). They could take us both in an hour at 1:30PM.  We sat on one of the benches available on Main Street and snacked on items from the ship until it was time.  The massages were 45 GBP for an hour – everyone spoke pretty good English and the treatments were wonderful.

We also decided to take a shuttle back - after some back and forth about what currencies were acceptable (the Gibraltarians are very fond of their own money).

We watched the sail away from the Solarium. 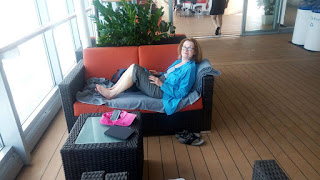 We departed in a lot of traffic. 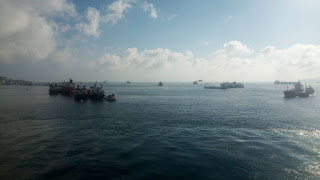 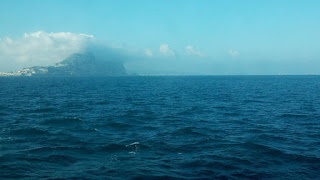 Jaimie Allen – iMagician – was the headliner tonight.  He combines magic and high tech to produce his illusions.  He didn’t bring any of his techie stuff with him and did mostly standard coin and card slight of hand.  He did a couple of nifty tricks with his iPad. He has a pleasant personality and is entertaining.  He indicated he had a show at the Harris Theater in Chicago.