Another early morning as my last talk is this morning at 9:15 AM.  I was up on time and had a nice peaceful breakfast up in the Oceanview Café. It was the usual, of course, but it has been excellent the entire cruise.  Very nice day out there.  The ship is taking her time getting back to Florida as the current speed is about 9 kts.  This way, passengers get an extra sea day to enjoy the ship. 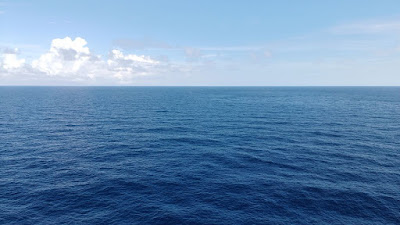 I got to the “Club” early and there were a few people already there.  The turnout for “Forensics and History:  The Search for Jack the Ripper” exceeded my expectations.  I’d estimate that the whole floor area was filled as were parts of the sides and there were people up in the balcony.  My voice (strained from a lot of coughing and throat clearing) held out for the whole talk and I even stayed to answer some questions – I also got some interesting alternative theories about my Jack the Ripper suspects.

From the Club we went to the Normandie Restaurant for our complimentary COVID Antigen tests – I just want to make sure that what I have is an ordinary infection and not the dreaded C-19.  We both got tested in less than five minutes and the results that came within the hour indicated that we were both NEGATIVE. This should satisfy our doctors during our appointments next week.

We went to the Rooftop Garden to try and finish “Black Widow” but wound up not seeing the end. Today is the Grand Buffet in the Oceanview Cafe – mostly highlighting the cakes and pastries.  I had my usual salad bar and pizza – I also tried the veggie Asian Noodles and they were pretty good.  I did finish the lunch with a mango frozen yogurt waffle cone (the waffles cones, which are made fresh, are really good).  The afternoon was spent in the Solarium, where again, we had to battle to keep the windows open.

While there I noticed a small boat out in the water and I could tell there were people on board. 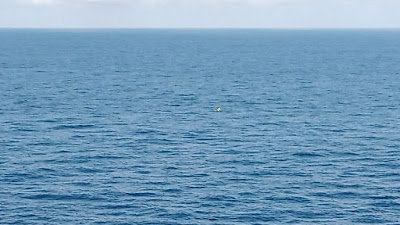 Then, the ship altered course and got closer to the boat.  The Captain said there were 16 people on the boat (maybe from Cuba) – at this point the boat was halfway between Havana and Key West.  The boat wasn’t moving.  The Captain said the ship would watch the boat until the USCG arrived (2-3 hours).  That’s what we did.  The USCG took more like four hours to get here; once on site, the very large cutter dispatched a Zodiac to see what was going on – we never found out because Apex continued on to Fort Lauderdale. 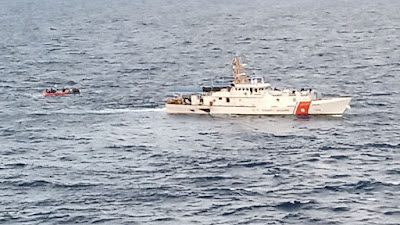 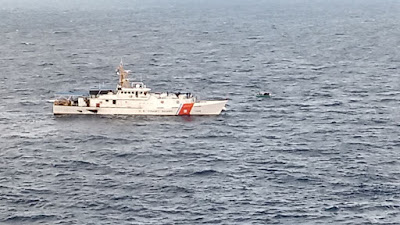 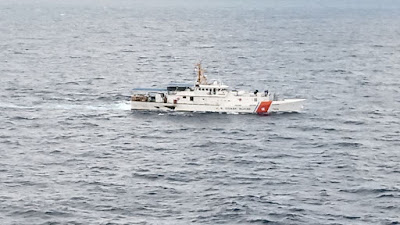 This was the second time since we've been cruising that our ship has investigated a small boat in the water.  The previous time, the boat has capsized and there were no people present - not good.

We also cancelled our reservations at the Normandie Restaurant for tonight.  Neither of us wanted to dress for dinner so we will take out chances with the Oceanview Café.  I had the pasta guy make me spaghetti alfredo but it wasn’t as good as usual (didn’t add any veggies).  I also had some pizza and some of their fresh bread and butter.  Not a great meal but it will do.

We passed on the final show – “Crystallize” and spent the evening in our room getting packed.  We are almost in the last group to leave the ship (Tag 26).  Ellen did her usual magic and the bags were outside our room before 10 PM.  We have to be out of our room by 8:00 AM and then wait in the Normandie until called.

It took the entire cruise but I finally found my talks on the Cabin TV.  Very high tech. 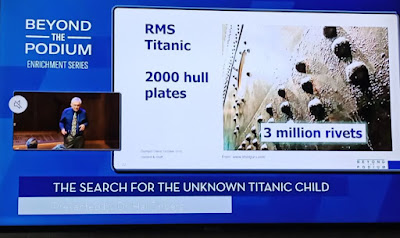 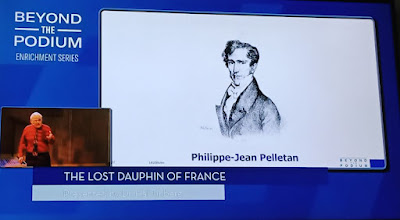 One more interesting statistic, because of the size of this ship and the location of major venues (Theater - Forward; Oceanview Cafe and Restaurants - Aft) getting around requires a fair amount of walking.  I was averaging over 6,000 steps/day just getting to where I needed to go.  That, effectively, burned off the calories consumed at breakfast.  So, the Apex Fitness Program in action.

We don’t fly on Saturdays so we are going to stay in FLL tomorrow and fly home on Sunday.