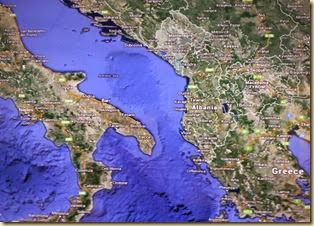 Local Information.  Montenegro has a population of 660,000 and was given its name by the Italians. Kotor sits on the Bay of Kotor (no emphasis on either syllable)  “Boka Kotorska” – Old Town Kotor (“Stari Grad”) still has its protective city walls. The Romans controlled Acruvium (Kotor) in their province of Dalmatia (giving the Dalmatian Coast its name).  Kotor has been under the rule of several countries including the Venetians that gave the city its architectural look. The country was occupied during WWI by the Italians and Germans and liberated on November 21, 1944 and became the Socialist Republic of Montenegro (Communist Yugoslavia).  Montenegro became an independent nation on May 21, 2006.  Not a part of the EU, Montenegro adopted the Euro in 2000.  The economy of Montenegro runs on tourism.

We are both on tour today:  “Seaside Resorts of Budva and Kotor” (Ana is my guide).

Kotor can only handle one docked ship at a time and someone beat us to the dock today.  We will be tendering and the ship has dropped anchor quite a distance from Kotor.  Both lifeboats and local tenders are being used. 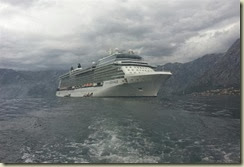 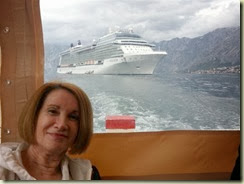 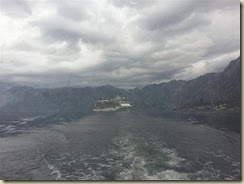 The tender ride to Kotor took about 15 minutes – although it was drizzling, the Bay was calm and the ride smooth.  The tender pier was across the way from the docked ship (a cruise line I did not recognize).  The Bay of Kotor is surrounded by mountains of Orjen on the west and Lovćen on the east 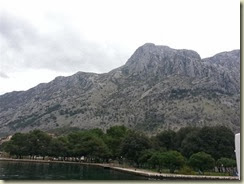 Our bus may have been the fanciest bus I have yet taken on tours.  It was not only comfortable but it had hardwood (not real of course) floors. 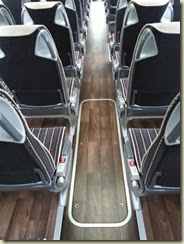 The tour today will take us through the mountains (tunnel) and along the Dalmatian Coast to the seaside resort of Budva.  The coastline is very scenic even on a gun metal gray day like today.  There are many beaches but they are not sandy beaches. 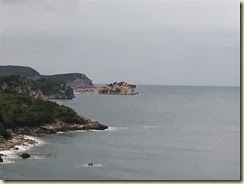 A number of very posh private villas can be seen from the coastal road.  One of these is shown below partially hidden in the trees. 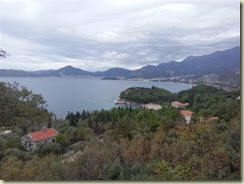 Private Villa on the Coast

Ellen’s bus and ours met up for a view stop documenting my presence on the tour.  That is Ana the guide and one of my passengers is taking a big chance by balancing on the stone fence bordering the shoulder of the road. 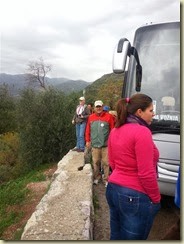 Photo Stop on the Coast

St. Stefan Resort is a very posh private resort located on an “Island” connected by a road from the mainland (technically a peninsula).  We got a great view of the resort at our photo stop. 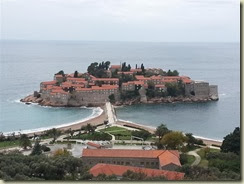 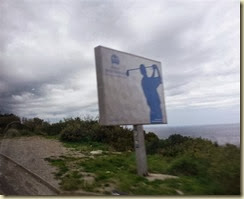 They Play Golf in Montenegro 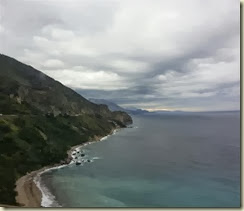 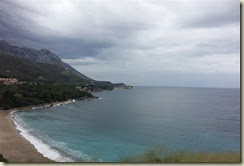 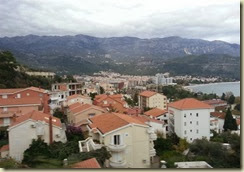 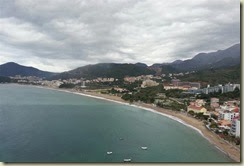 There is an island off the coast of Budva that the locals have dubbed “Hawaii” – uninhabited but interesting. 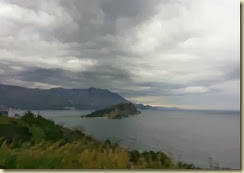 We finally arrived in Budva.  From the bus, we followed Ana to the town center.  At that point, it started to rain so people took shelter in the restaurant (which also had facilities for 50 Eurocents a shot).  I also managed to get the WiFi code from one of my passengers so I was able to get e-mails and other items.  No one at the restaurant hassled us to buy anything and the lady guarding the washroom let me make a return trip for free. 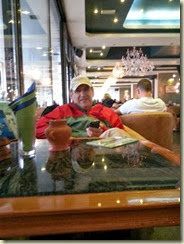 Dodging the raindrops, I was able to get some pictures of Budva – known for its casinos, nightclubs, and restaurants.  All the ingredients of a popular resort town. 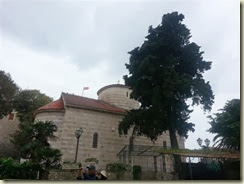 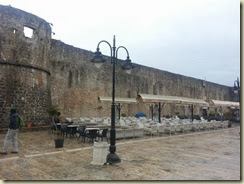 Budva – No One in the Restaurants

Not much to do in the rainy town of Budva so the tour headed back to Kotor to visit the Old Town.  The town still has the Medieval walls used to protect the town from raiders – I wonder how much protection they really needed considering the mountain location.  The City’s ramparts and walls are adjacent to the Skurda Channel.  When we were here last, we were in the Old Town after dark – today, in the daylight, there are better picture opportunities. 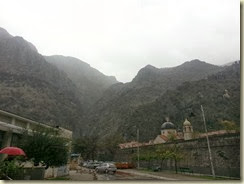 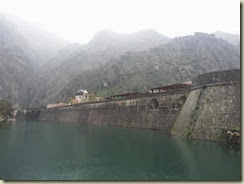 Skurda Channel and Ramparts and Walls 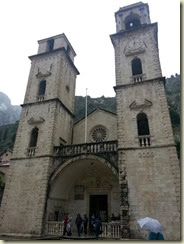 While we were in the town, there was also a visit to the Maritime Museum, where I met up with Ellen and the tours were given free time in Kotor.  When we started to look around for more WiFi, the rains started to come down and we decided to head back to the tender port.

When we got to the tender port – just across the street from Kotor – we were not alone.  The line probably had hundreds of people waiting for the next boat (and it was really raining).  I took a wheel chair passenger to the front of the line because I couldn’t see her drowning in the rain waiting for her turn to board the tender.  More tenders were dispatched and eventually we made it back to the ship – dripping wet but happy to be back on board.

The Ocean View Cafe was slammed as a result of all of the tours coming back about the same time and everyone trying to get out of the rain.

The Production Show tonight is “Equinox the Show”.  We are going to skip it and check out the local acts.  In the Grand Foyer, we spend some time with “Spitfire Party Band” now joined by their lead singer.  She, without a doubt, is the fastest talking person I have ever heard.  Like a machine gun…they are from the UK.  They are a mix of medium and loud sound. 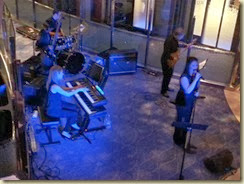 Le Chic Duo (from France we think) are in the Ensemble Lounge.  They are very soft rock. 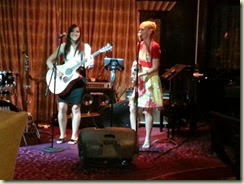 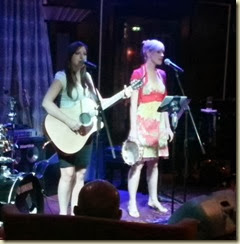 Tomorrow, we begin our Venice Adventure.