The first of only three sea days on this cruise.  The weather is iffy so it will be an indoor day for just about everyone.

After breakfast, I catch a few minutes of Graham Anthony’s Presentation about “Smuggling” in Celebrity Central.

My first talk is at 2:00 PM in Celebrity Central - “The CSI Phenomenon” attracts an audience of about 150.  There are a lot of fans in the audience including a couple that said they sailed with me on the Reflection last year.  One attendee said that some people who wanted to come to the talk are still in the Dining Room for lunch  - had taken longer than expected.  I told the audience that I would be speaking next time when we depart Venice so they can plan accordingly.

In the Grand Foyer, we watch what had to be a practice session for one of the groups on board (I would find out later that this is the Spitfire Party Band without their lead singer, who is the Spitfire behind Spitfire). 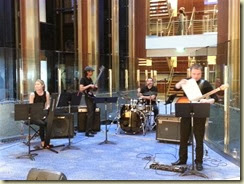 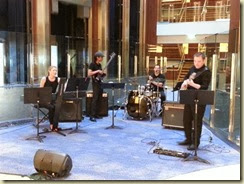 Lindsay Hamilton is the headliner tonight and her show was fabulous.  She updated pictures of her kids and although the playlist was essentially the same, she was in top voice and no technical glitches (she did reach back and secure her earphone lead once). 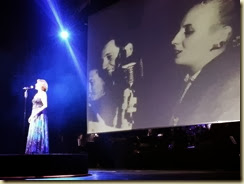 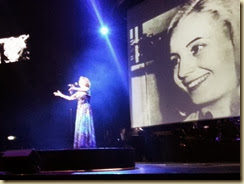 “Don’t Cry for Me, Argentina” 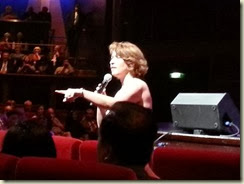 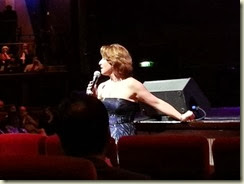 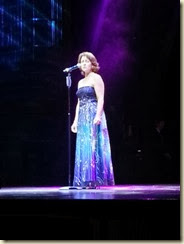 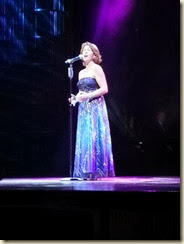 “I Dreamed a Dream”

After the show, we rushed to get some time with Lindsay.  She instantly remembered Ellen and a lot of hugging later, we let her get on with selling her CDs.  It was great to see her again.  She is getting off the ship tomorrow and going to the Century so we will have to run into her on a future cruise.