After another great breakfast, we went up to Café Baccio and I had my first decaf mocha iced latte along with a scrumptious cinnamon roll. 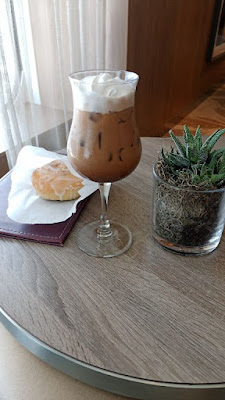 The best part was our scoring two seats by the window.  So, I could sip my latte while watching the waves go by. 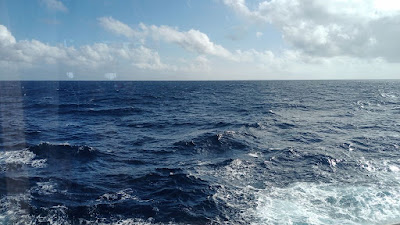 I had about an hour before I had to go get ready for my next talk. My second talk – “Identifying America’s Fallen Heroes” was at 11:30 AM in the Theater.  As with the first talk almost a week ago, the turnout is small (as it is for all the BTP speakers) – maybe due to the nature of the adverts for the talks.  Who knows and that’s not important.  The people who are there are there to learn something new.  My criterion for a talk is not how many people attend but how many people stay. 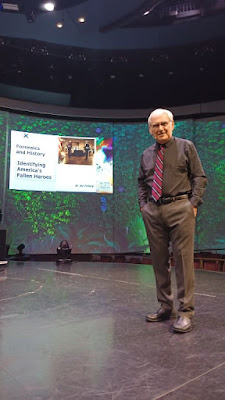 We actually got a picture of the both of us - courtesy of Bill. 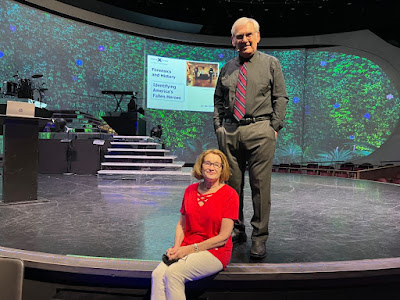 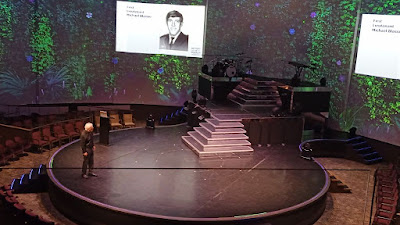 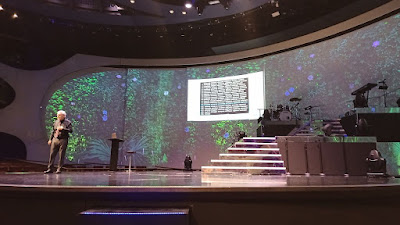 No one left until the talk was over.

After lunch, we were walking by the Magic Carpet with our soft serve ice creams and noticed that there were some empty seats.  We took them and hung out there for much of the afternoon. 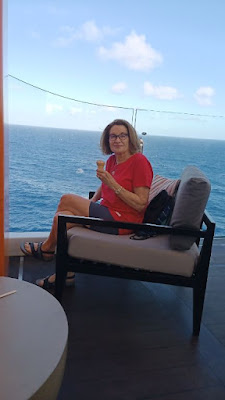 Usually, the Magic Carpet is very windy but not today.  It was great.

Tonight, the ship is unveiling a new show – originally premiered two cruises ago – the first new show in years.  “Feel the Funk” has a new set (I had to work around it during my talk).  We knew up front that this was going to be in the plus 70db level, but we gave it a shot anyway. 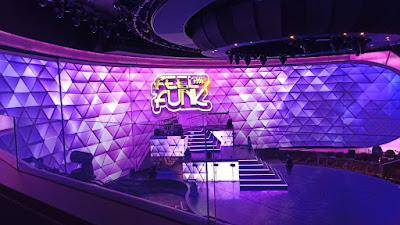 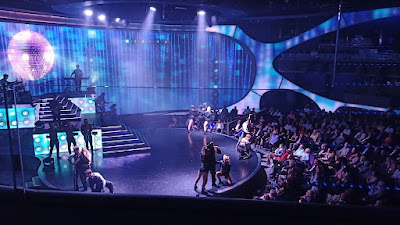 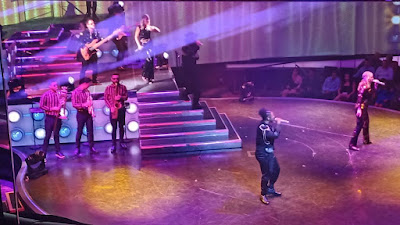 We made it through one song – the dancers were very animated but on our first voyage on Edge there was a similar show.  In any event we split for the back deck on level 14.  Caribbean breeze and clear sky.

We went across the pool deck to see what New Year’s decorations were set up – we didn’t see any.

We did make it Midnight (in Bermuda, maybe) before calling it a day.