We are going through the new Agua Clara Locks today, spending some time in Gatun Lake and then through the locks again and docking in Colon, Panama for a short time.  Traffic only moves in one direction in the new locks so we can't go back through until the afternoon sometime.

I was up in the Oceanview Café early and there were people up there already. After my usual breakfast (I did score my usual seat), we watched the transit from various locations on the ship.  There are no locomotives or lots of workers and noise in the new locks.  The ship goes into the locks – the pocket doors slide shut and the ship is raised and released into Gatun Lake. It's almost boring. 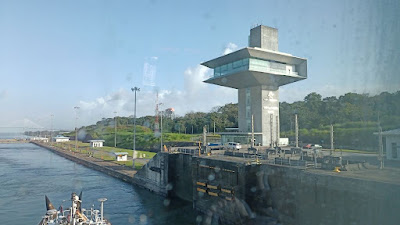 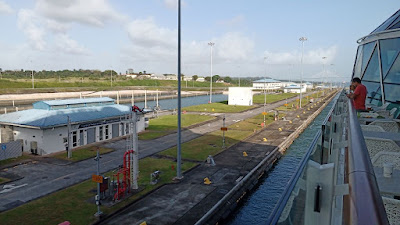 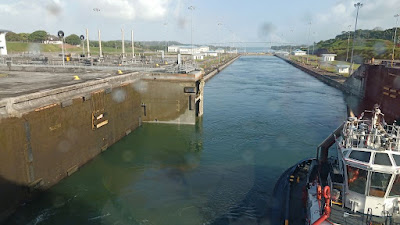 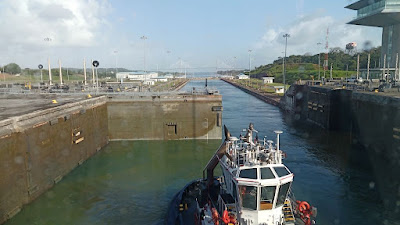 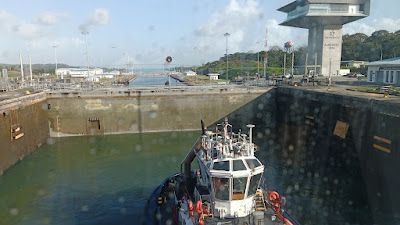 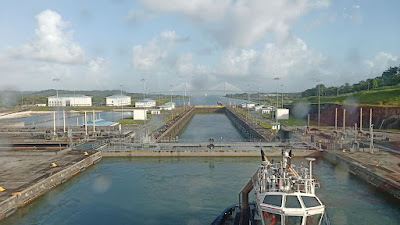 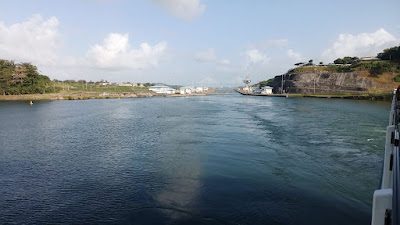 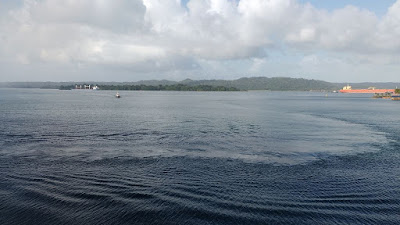 We had lunch in the Eden Café again – I had the salad and gorgonzola cheese again along with the vegetarian avocado sandwich.  I honestly did not know what was in that sandwich.  I did ask for a scoop of tuna and the tuna outside of the pita was really good.

Eden’s Café has become quite popular and the two lines – one for salads and one for sandwiches - have gotten pretty long.  That, coupled with the relative lack of seating makes for an interesting lunch. We usually sit in the semi-comfortable high seats along the window.

In the afternoon, after dropping off some passengers on excursions (via tenders), 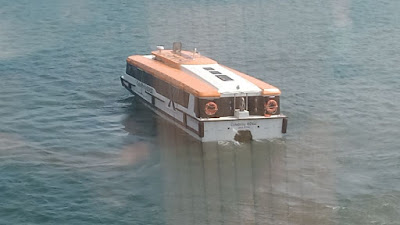 the ship turned around and headed back through the Aqua Clara Locks on her way to Colon, Panama. 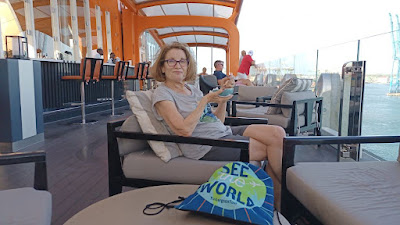 The ship docked at the "Colon 2000" Cruise Terminal.  We decided to get off the ship and check out the new shopping center.  I really wanted to get a shot of the ship docked. 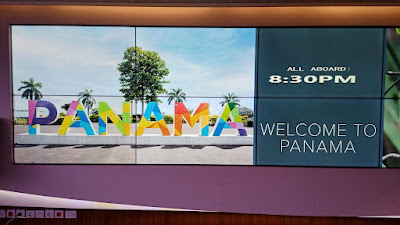 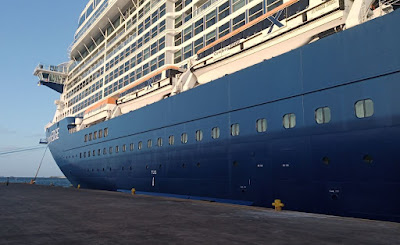 The shopping center reminded me of the one in Fuerte Amador.  We didn’t stay long but the passengers were throwing around dollars thinking they had found a bargain.

No show tonight. The only entertainment is the Canal.  We have discovered that the best place to be on the ship – in good weather – is on the aft deck just outside the Oceanview Café.  You can find a seat against the railing, put your feet up, and, if you are lucky, the screaming lady has turned down her volume.  We did this while docked in Colon. 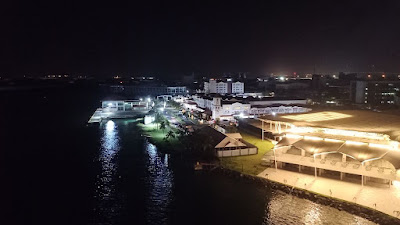 Late departure from Colon but everyone was on board at big early so the ship pushed early as it set a course for the ABC Islands.