Still not sleeping all that well.  No reason, really.

We have an excursion today – “Blue Lagoon Beach Break with Lunch” and our meeting time is 10:15 AM on the pier.  This gave me enough time to get some breakfast up in the Oceanview Café.  Today, I had two blueberry pancakes and two fried eggs (overdone) and a little bit of oatmeal.

There are several ships here today – Carnival Liberty, MSC Meraviglia, RC Enchantment of the Seas.  I was up in the Cafe so early I was able to see the sunrise rise behind the early bird, the Enchantment OTS. 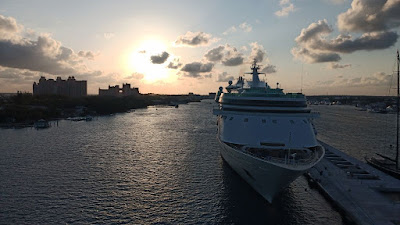 Before we disembarked for our tour, I took the obligatory iconic picture of Ellen on the open deck.

I also took some pictures of Nassau from the ship. 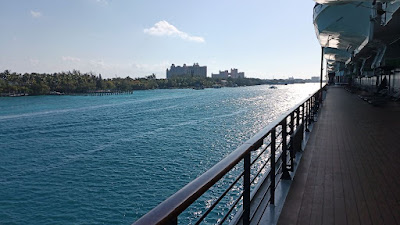 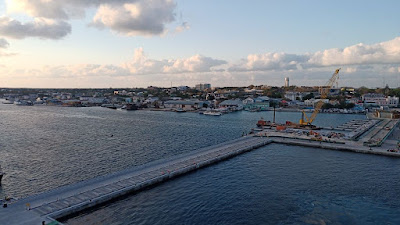 We met our tour group on the pier and walked a short distance to the boat that would take us to Blue Lagoon Island.  We passed through the wind tunnel between the ships and also got a nice view of the Carnival Liberty. 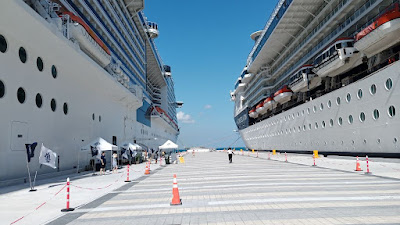 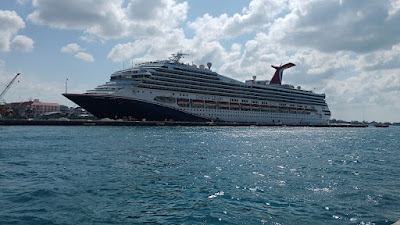 We sat up on the top (covered) deck for a smooth ride that we were told would take about 35 minutes.  It was kind of neat to sail between the two big cruisers on our way to the port side of Constellation. 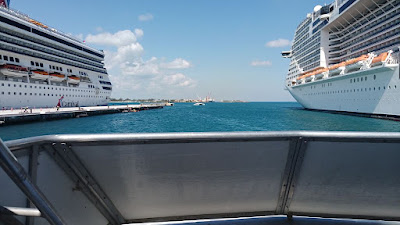 We passed some rundown homes as well as mini mansions with superyachts. 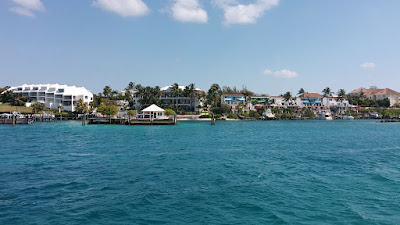 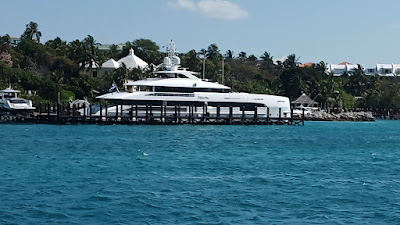 We also passed by the world-famous Atlantis Resort complex. 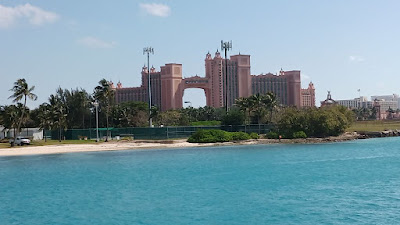 The ride to Blue Lagoon Island did take about 30 minutes - we had to exit Nassau Bay and into the open Atlantic.  The ride was smooth. 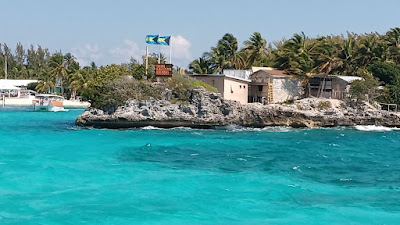 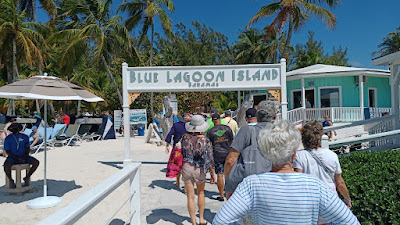 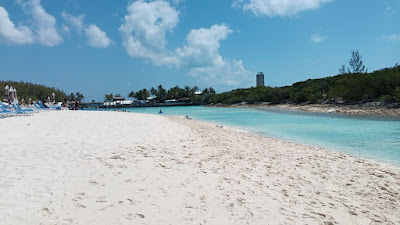 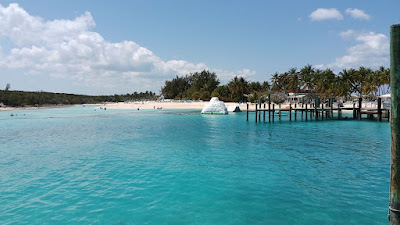 On our way to the island, we were told that, because of the wind, the beach umbrellas were not available so there would be no shade (unless you found a tree to sit under and there were only a couple of those).  This would be a problem for us.

The walk from the pier to our designated beach area was a long one and a difficult one due to the very soft sand, which require balance and effort to slog through.  We had ongoing discussions with the tour personnel about getting some shade and while they were working things out, we went to our designated lunch area for the included meal.  We had requested vegetarian options and they did have salads and veggie burgers.  The veggie burger was just that – rice plus vegetable squished into a patty and grilled – I ate it because I was really hungry.  The salads were OK and the drink options were limited to water, lemonade, and fruit punch.

When we got back to our beach, the staff had found us a cabana cover for some shade.

Ellen wanted to dip her toes in the water, which by the way was cold. 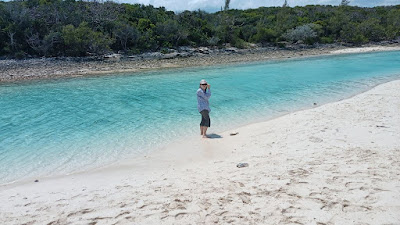 We only stayed in the cabanas for a while (they were very difficult to get in and out of – again because of the softness of the sand) before we were told that we could watch the dolphin show.  We walked back to the pier and watched the show – this was about as close as we have gotten to a dolphin.  The show was amusing. 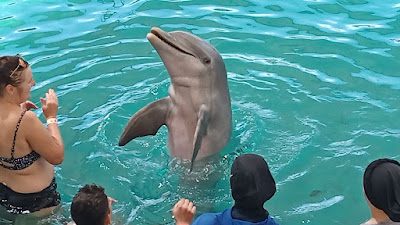 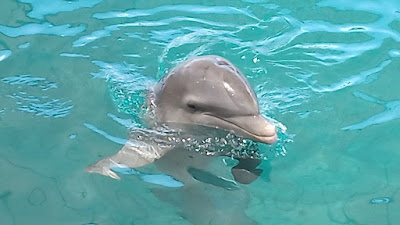 We did not return to our cabana but instead took shelter from the sun in the eating area until it was time to board the boat back to the ship.

Tonight’s showtime was “Broadway Cabaret” with the Constellation singers. 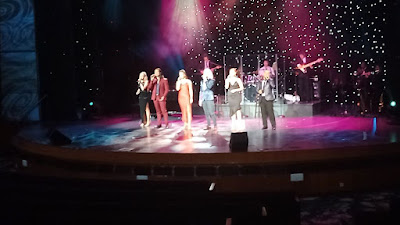 We have seen iterations of this show on other Celebrity ships and they have all been excellent as was this one.  The singers were all pitch perfect and delightful.  The show opened with the entire cast joining in on "On Broadway".

They did “Bring Him Home” and “Let Me Be Your Star” from "Smash".

A great medley from the Carole King musical "Beautiful" was also in the program.

The finale was "Can't Help Falling In Love" - appropriate.  The entire show was simply wonderful.

The rest of the evening was spent reading in our cabin.  It has been a long day.
Posted by Hal T at 2:17 PM