We are not on tour today – all of the ship's tours were short and we have toured Bonaire twice earlier.  Besides, my second lecture, "The Unknown Titanic Child", is scheduled for 10 AM - just before we dock at Kralendijk.

Breakfast was up in the Oceanview Café (pancakes and eggs) and I brought Ellen her breakfast.  As is usually the case, I got some nice views as Constellation neared Bonaire, including a brief period of Caribbean showers. 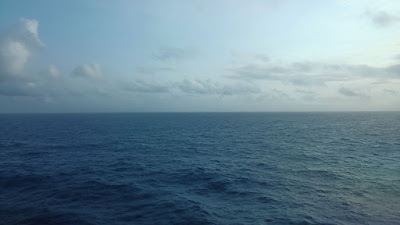 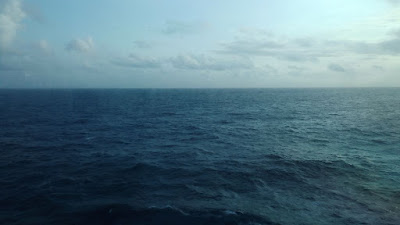 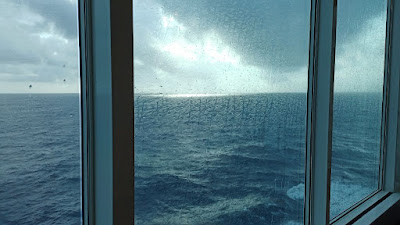 I was expecting a meager turnout today because passengers were getting ready to head off on their excursions.  Surprisingly, a good crowd showed up - certainly near 100 people.  The talk went well, the AV was glitch-free, and the session ended right on time so people could scurry off. 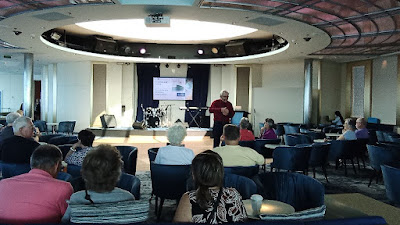 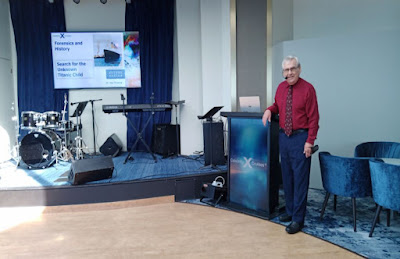 Following the presentation, we headed to the comfort of the Solarium.  With a lot of people off ship, it was easy to get a lounge chair near the window.  Cracking the windows (which the crew does not like since it messes with the A/C) gives you a wonderful Caribbean breeze.

Here's where the ship was docked (thanks to Google Maps). The little island to the west of Kralendijk is Klein Bonaire ("little Bonaire in Dutch"), an undeveloped bit of land with reefs perfect for snokeling. 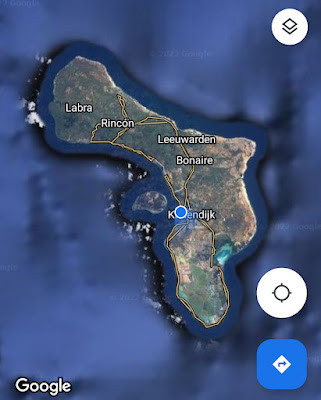 I had a pita filled with tuna and egg salad for lunch.  I also started liking the “beet humus”, a purple combination of yes, beets and humus.  It’s quite good and had a different texture than standard humus.

The afternoon was also spent in the Solarium -reading and trancing.  The ship is docked at the South Pier, the pier at which we have docked on two previous visits here. 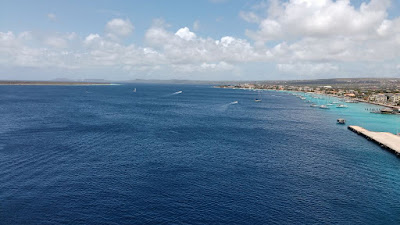 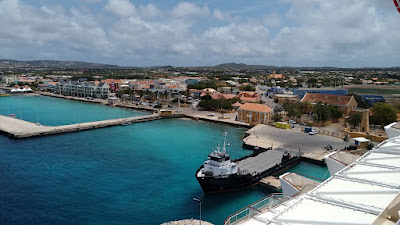 I looked at the pictures taken from four years ago and basically nothing has changed.  The salon at the pier still has the same adverts on its windows.  It could be closed and that would explain it but then maybe not. 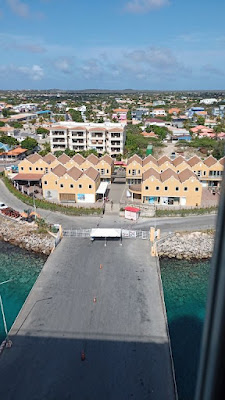 We had dinner on the Oceanview Café back deck.  I had pasta from the pasta station.  I had spaghetti with broccoli and alfredo sauce.  I noticed that the sauce was very thin and the cook said he would fix that by saturating the sauce with parmesan cheese.  That, unfortunately, changed the taste of the dish and it no longer tasted like an alfredo.  I supplemented that with fresh out of the oven pizza.  A beautiful Caribbean Sunset completed the dinner. 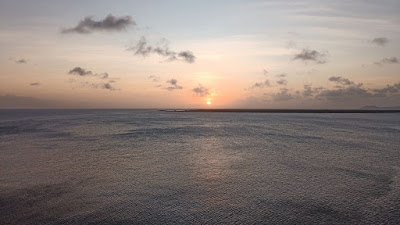 Since all aboard was 9:00 PM (a little later than scheduled since it took a while to get the ship cleared), the theater was essentially empty for the 7:00 PM show.  Tonight’s headliner is pianist Roy Tan, the tallest Asian Pianist in the world (maybe).  The show was called “Sound of Cinema” and featured music from the music as well as a tribute to the late, great, James Horner (Avatar, Titanic and many more).  Roy played songs from “Casa Blanca”, “Forrest Gump”, and “An American Tail” (“Somewhere Out There” one of my all-time James Horner faves).  Roy is a terrific pianist but his transition chat need some work. 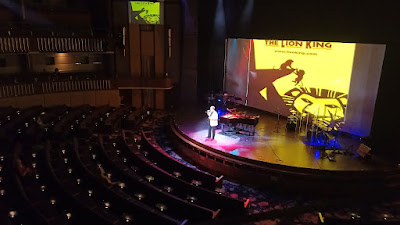 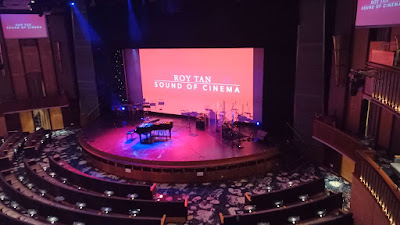 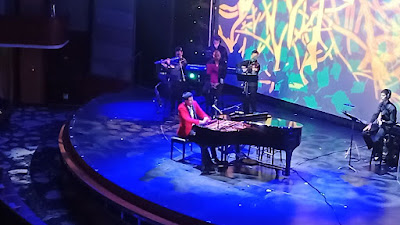 My back was slightly injured trying to squeeze out of my seat (the table was in the way) so I limped back to our cabin and we had to call it a night.
Posted by Hal T at 9:06 AM