We are back in San Francisco after a great pair of cruises to Mexico and Hawaii.  The ship arrived pre-dawn but I was already up and in the Horizon Court for breakfast. 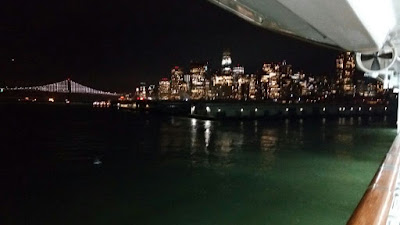 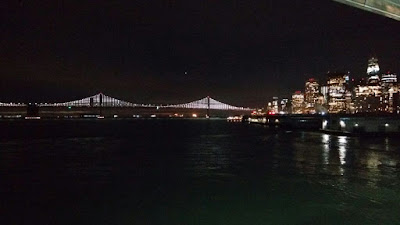 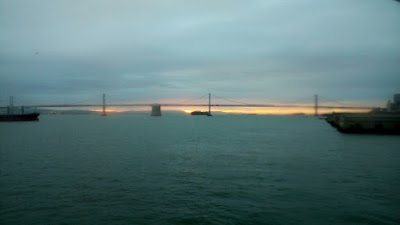 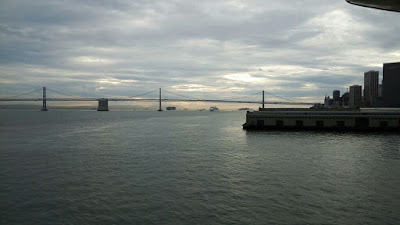 Disembarking the ship was easy and our time at Immigration was also pretty quick (just a "welcome back" comment from the agent - we had, after all, only traveled to Hawaii and the stop in Ensenada did not really count).  We had planned to call an Uber to take us to the airport but Uber travel is complicated in San Francisco.  Even though there are a lot of drivers, the traffic and delays drive up the quotes for Ubers.  I scheduled one but the price kept going up until it was no longer feasible.  We continued to wait.  Our final solution was an airport bus (and I do not remember the price) that we could catch away from the pier.  Getting to the us involved a free shuttle.  All in all, although frustrating, we did get to SFO in plenty of time.

Our flight back on AA2634 was scheduled at 2:25PM. All the information at the airport indicated an on time departure. 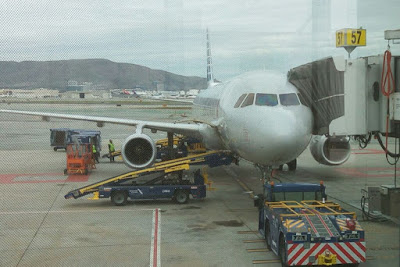 We boarded on time and took our cabin extra seats.  The plane took off (no pictures since we were sitting aisle across) on time.  The climb out was smooth and soon were were over the mountains and into the desert beyond.  At that point, I expected the seat belt sign would be turned off and we would be on our way.  Not so.  The pilot came on and said that they had a "red light" in the cockpit indicating an issue and that the plane would need to return to SFO so the mechanics could take a look at the light and the issue.  I followed the turnaround on the seat back flight tracker.  The plane did a literal U turn. 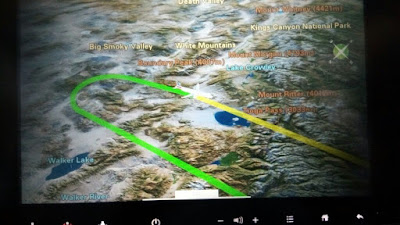 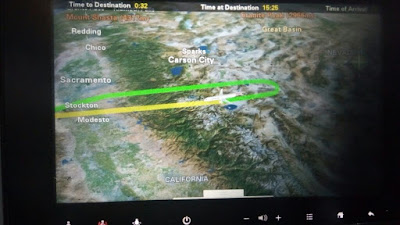 I couldn't feel any performance issues with the plane and the ride back was smooth and the landing perfect.  We all deplaned and were told that the mechanics would be working on the issue (I don't recall if they actually mentioned what was going on).

The delay was significant (about two hours).  The plane couldn't be fixed and a new plane was brought in.  American did wheel in their snack cart and so we had plenty of chips and oreos to eat while we were hanging out in the airport.  At least, SFO is one of the nicest airports to get stuck in.

We took off in our new plan around 5:30 PM and this time we did get to ORD.  The flight was smooth and we got our bags OK (transferred from the other plane). 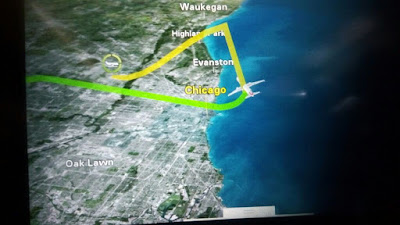 We called a taxi and got home just after 1 AM in the morning.  Just nice to be home.

The ending may have been annoying but the double cruise on Grand Princess was really nice.