The beautiful weather continues on the other side of the river in Montevideo.

Another wonderful breakfast up in the Marketplace Buffet.  Still relying on waffles and cottage cheese in the morning. Again, the constant coffee is amazing.

We are not alone here today as the Costa Fascinosa is also docked.  Here is Symphony docked. 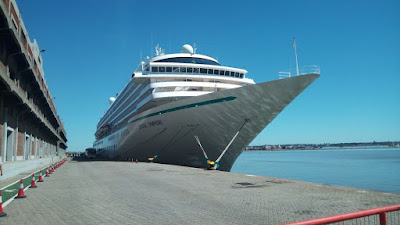 Then the Costa ship showed up 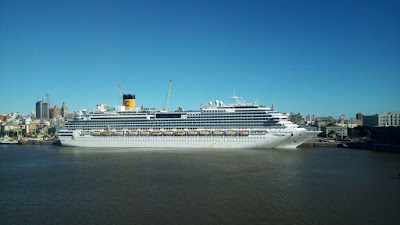 and squeezed in behind us. 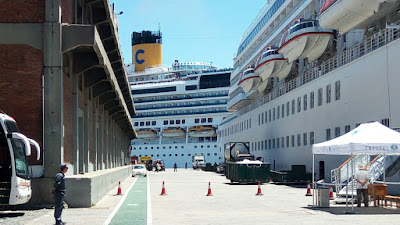 We have been on ships that have tangled with Costa cruisers before - the Constellation put a ding in the Magica last year in La Spezia, Italty.

We were unsuccessful in getting excursions today so our plan is to use a map - yes - and find our way to the City Center and the Plaza Independencia .  We've done it before and can do it today - the weather is perfect and the walk should be relatively easy.  The ship provided a shuttle to the entrance of the port and our journey started from there.

Just outside the port area, there is a small park containing remnants of the German WWII Battle Graf Spee, which was scuttled by its own crew in the battle of the Rio de la Plate.  There is an anchor and other pieces of the ship on display.  El Monumento de Graf Spee is supposed to promote world peace - nice try. 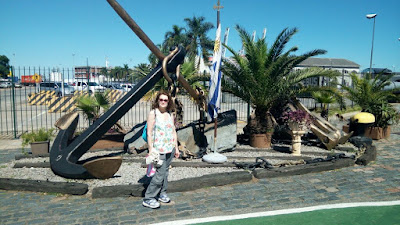 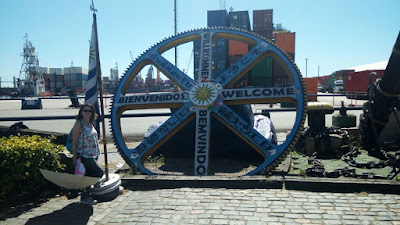 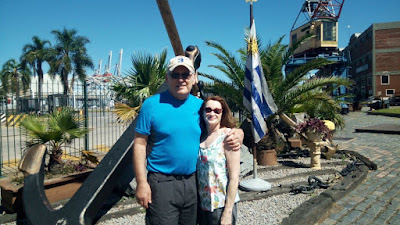 We crossed the street carefully and headed straight toward the tall buildings of the downtown area.  In a few minutes, we arrived at the gate of the Citadel that was the end of the Ciudad Viejo ("Old City"); the gate also is the entrance to the Plaza Independencia, the most important plaza in the city. 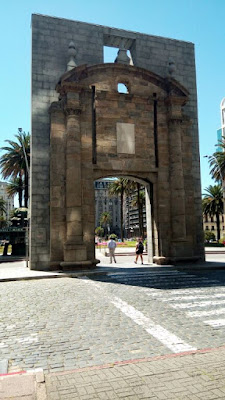 The most striking structure in the Plaza is the Artigas Mausoleum.  The remains of Jose Artigas, the father of the Uruguayan Nation, are stored underground in the mausoleum, which also features an equestrian statue of Artigas.  The mausoleum is relatively new having been opened in 1977. 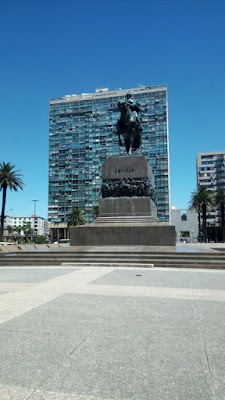 On the far end of the Plaza is the structurally magnificent Palacio Salvo. The building is approximately 300 feet high and was constructed in 1928 to be a hotel.  Today, it is an office building and contains residence units.  The Tango Museum of Uruguay is located in the Palacio today.

If you continue through the Plaza, you are on Avenida 18 de Julio (the date commemorates the signing of the Uruguayan Constitution).  This is the main shopping area and we are going to look for two things - a nice spa and some ice cream cones.  The street is very interesting - a people watching mecca - but after several blocks of walking we were unable to accomplish either of our goals.

We decided to get off the main street and check out the small and interesting side streets.  We came across a park, where vendors were selling their items. 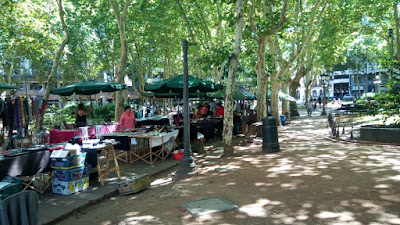 As we continued our walk, I heard some drums and music and I thought we were going to be treated to a demonstration, which you see every so often in South America.  Instead, it was a small group marching along the street.  It reminded me of New Orleans Jazz but it might have been some kind of prelude to Carnival.  We took it all in across the street in one of the stores. 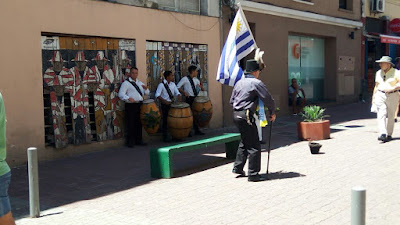 We had put in quite a few steps and so we headed back to the Symphony.  We got back in time for a late lunch in the Trident Grill.

The rest of the afternoon was spent resting our tired feet in the Silk reading area.

We went up on Deck 7 to get a good look at the sail away.  As we head out to the Atlantic Ocean, I guess this part of the voyage is a river cruise. 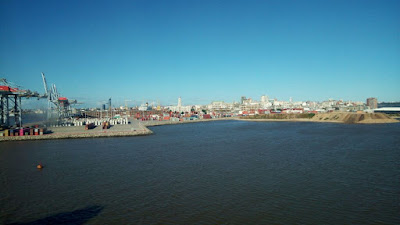 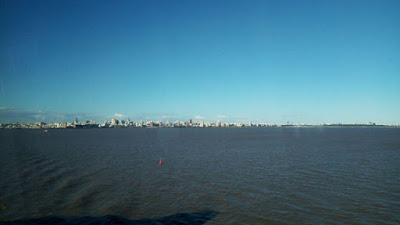