A marvelous day in San Francisco – warm and sunny.  It’s just me but I think the California sun is brighter than anywhere else I’ve been in the US.  Just me. 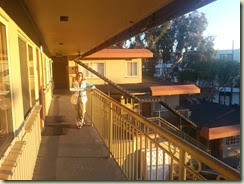 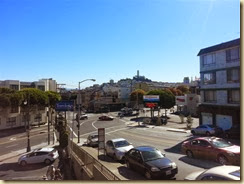 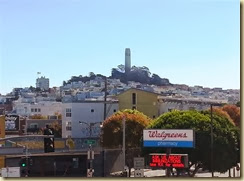 We had the “Continental Breakfast” which consisted of packaged sweet rolls, packaged muffins, bananas, and single “cup to order” coffee (which was good).  Bottled water and granola bars were also available.  We took all that back to the room since there was no place to eat in the lobby area.

When we checked out, we were told that the hotel was being renovated (three rooms at a time) and that when we returned after the cruise we would be in one of the new rooms.

Pier 35 was only 0.6 miles from the Travelodge so we wheeled our way down to the Embarcadero and headed toward the ship.  We could see the Grand Princess docked and it was pretty close. 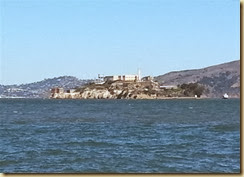 Alcatraz from the shore 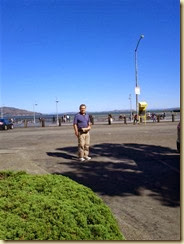 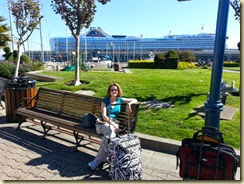 The Grand Princess docked at Pier 35

I had to try some of the sourdough bread so I bought a small loaf for $2.25 – it was very good and almost eaten completely as we walked toward the ship.

Check in was pretty smooth – we were on the manifest so we got tags and checked our bags.  The process through the check in desk was pretty quick as well.  Once through security we waited in a lounge while the backup at the gangway cleared.

Once on board, everyone had their pictures taken with a high tech camera that also read the strip on the card.  The cameras were hand held and placed about four inches from your face.  Who wouldn’t look good under those circumstances?

We had lunch in the Horizon Buffet on Deck 14 and spent some time in the Solarium like area on Deck 14. 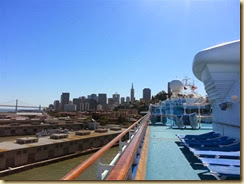 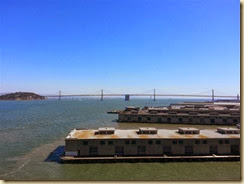 The rooms were available so we headed down to deck 5 with fingers crossed.  No problem since P249 was a standard passenger room and pretty roomy.  No bunk beds on this voyage. 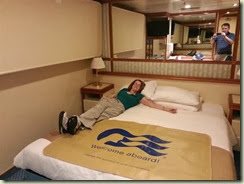 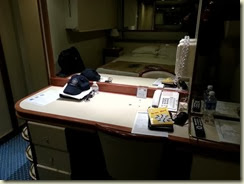 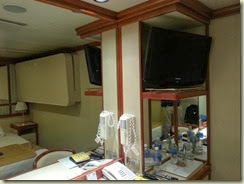 The safety drill was perhaps the longest and most thorough we had every seen – nearly 45 minutes and at the end, everyone had to try on their life jackets while standing at at their seats.

After the drill, I met with Deputy Cruise Director, Caroline Dubuqous (Frenchie) (yes, she’s from France), and also met the other speaker, Gary Shahan, who will handle the port and Naturalist lectures on the ship.  I also introduced myself to the Cruise Director, Martyn Moss.  Frenchie told me that my lectures were scheduled around 1:30 PM in the Theater and that all of the lectures were going to be presented.

The Grand Princess pushed at 4:30 PM 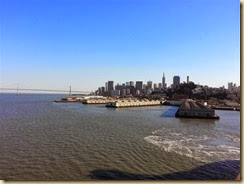 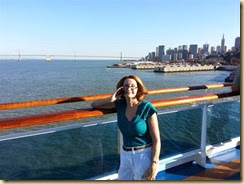 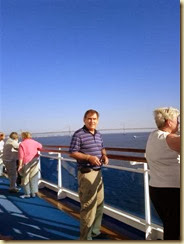 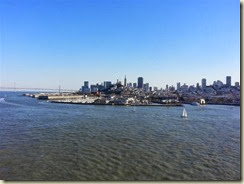 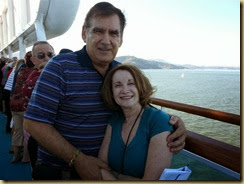 and the decks were packed with passengers hoping to get a picture of the ship passing under the Golden Gate Bridge.  The conditions were perfect – blue skies, bright sun, and light winds.  I got a great sequence of shots. 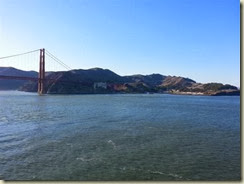 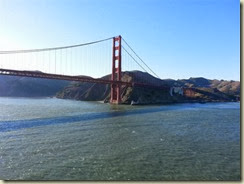 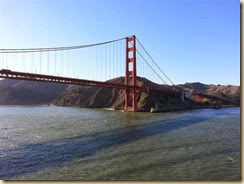 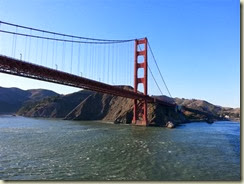 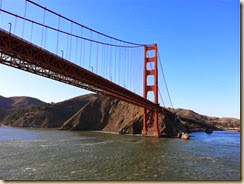 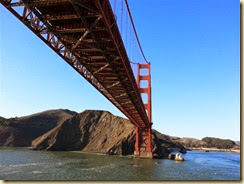 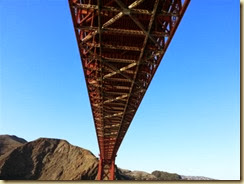 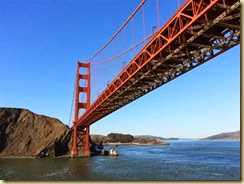 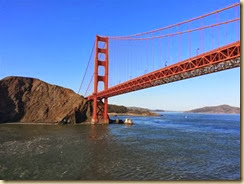 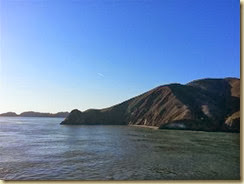 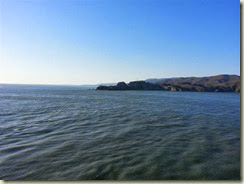 Heading out to Sea – Note Contrail in bottom Picture

At 5:30 PM, we went to the Michelangelo Dining Room.  We were told that all tables for two were gone and there would be a 40 minute wait.  They gave us one of those Panera pagers that would signal that our table was ready. It took us exactly 40 minutes to get our table.  The dinner was very good with several veggie options including great spring rolls and mushroom soup.  The Fettuccini Alfredo – always available - was very good.

After dinner, we did some reading in the atrium lounge.  I am working my way through “The Girl Who Kicked the Hornet’s Nest”.  This book seems to be moving along slower that the previous two novels in the series.

The “Welcome Aboard Show” consisted of a rundown of the demographics of the ship by the Cruise Director – there are 2600 passengers on board (full) with about 2200 Americans and another 200 plus English speaking people.  The dancers did a nice number but the comedian, Kevin Hughes, was very funny.  There will be four production shows during this cruise.

After the show, we went to the room.

Seas are a little choppy – the room is pretty quiet.