The Grand Princess is heading back across the Pacific Ocean heading for Ensenada, Mexico, then on to San Francisco.

I am scheduled for 11:15 AM with “Forensics and History: The Search for the Unknown Titanic Child”.  This was the largest crowd of the cruise – more than half the theater was filled – near 400 attendees.  The talk went very well.  This presentation is turning out be a winner.

The early talk gave us the whole afternoon off.  We first went to our quiet spot on Deck 15.  An announcement came over the PA warning that the ship would be passing through showers.  Not a problem for us but other passengers had to flee the brief rainy period. 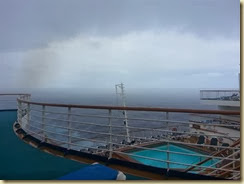 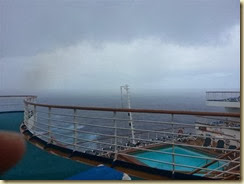 We decided to try to forward Adults Only hot tub.  No one but us in the hot tub.

The sunset off the back deck was beautiful. 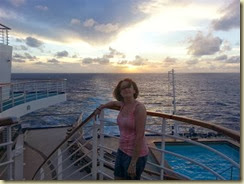 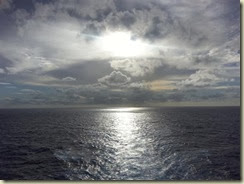 Showtime tonight was the third production show - “Do You Want to Dance”.  It was lively and fun and similar to other shows we have seen in the past.  For example, no show is complete without the Irish Step Dance and these dancers did a great job. 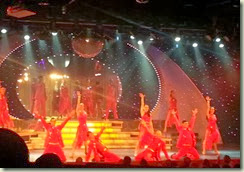 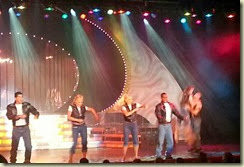 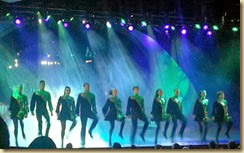 Do You Want to Dance

The show is the Vista  Lounge featured Guy Bavli, an Israeli Mentalist.  He did some interesting mental stunts with members of the audience – I did see him take an audience member backstage so I am not totally convinced of his ESP.  I am always the skeptic with these kinds of shows.  He was, however, entertaining and isn’t that the point?

The weather continues to be very nice.

I have the morning off so I am reviewing my talk for today.  I haven’t given this one in some time and I need to get all those facts in their proper place in my head.

Today’s presentation is scheduled at 1:00 PM - “Forensic Anthropology: The Life and Death of Pharaohs”.  The attendance was about the same as the previous talk – 350 – 400.  The talk is DNA-STR heavy and I often feel that the information is not getting across.  I checked with some passengers after the talk and they said they had no problem following along.  I do plan to introduce more information on the main players in the King Tut world before I give this talk again.

Our first stop was the Princess Theater to see Lovena B Fox, a  vocalist we had seen before.  Her background is in musical theater and she has been in touring companies of Evita and Ragtime (where she got to sing “Wheels of a Dream”).  Her show did not have any Broadway tunes – she focused on some rock and songs by Tina Turner (she does a very good Tina Turner).  Still, she has a powerful voice and the show was entertaining. 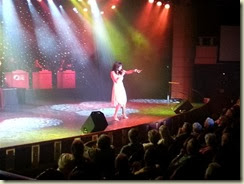 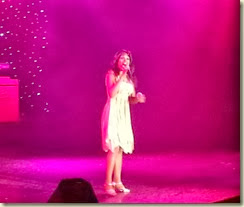 Following that show, we sprinted to the Vista Lounge to catch Tim Walkoe’s second show of the cruise.  Again, he was very funny.  We chatted with him a bit after the show to let him know we were “neighbors” sort of.

A cloudy start to a pretty nice day – seas continue to be smooth. 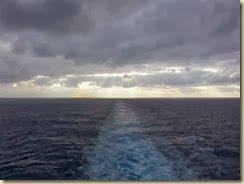 We are moving from History back to crime today with my next talk at 11:30 AM - “DNA Photofitting: A Genetic Eyewitness” – a good crowd as well (holding steady at 350 plus – this may be my component on this ship).  The audience seemed to like the two cases discussed.

A few days ago, our Hawaiian friends, Kimo and Kikolani asked for requests and, of course, we requested “Hallelujah”.  They almost started to sing in but decided to recheck the chords.  Tonight, they remembered and sang the song and it was absolutely terrific.  They should keep it in their set because the audience loved it. 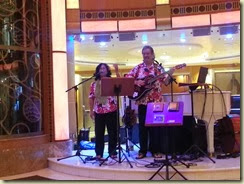 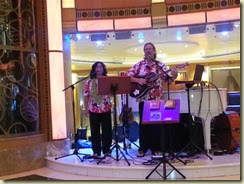 We had dinner in Alfredo’s Pizzeria and finally documented their fine pizza. 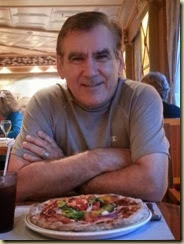 After dinner we went to the Princess Theater to catch Guy Bavli again – he did some amazing stunts but, once again, I saw one of the AV guys grab a women from the audience and take her backstage.  Before the show started, Guy was carefully scoping out the audience.  Who knows – that might be just something to confuse us skeptics.

The final show was in the Vista Lounge and featured Uber Rossi – and Italian Acro Comedian.  He combined acrobatics with comedy – I found the comedy to be very funny especially since he picked on audience members.  He was still a hoot.  He even messed with Martyn after his act. 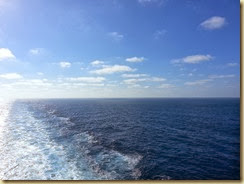 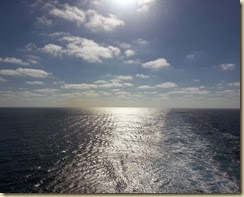 In a discussion with Frenchie earlier in the cruise, I sort of volunteered to do an extra talk.  That talk was scheduled today at 12:30 PM.  “Forensics and History: The Lost Dauphin of France” was put together as a standalone presentation – also in this presentation is my own experience with searching for the Naundorff Grave in Delft, the Netherlands.  People seemed to like the Grave search so I will keep it in for future cruises.  The attendance held steady at 350 plus.

It was a bit cool and windy on the Aft Deck so we found a quiet place on Promenade 7 to hang out at. 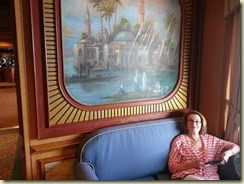 Showtime tonight was the fourth and final production show - “The British Invasion” – starting with “Downtown” and ending with “Pinball Wizard”.  Did anyone really wear these outfits back then or is this Austin Power’s fault? 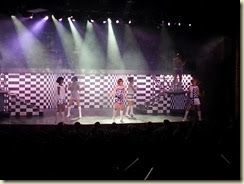 After the main show, it was back to the Vista Lounge for a new act - “Two on Tap” starring two Broadway veterans, Melissa Giattino and  Ron DeStefano.  Melissa was a member of the Rockettes and Ron is actual performing tenor.  What they did was channel the tap dancing duos of the past, Fred and Ginger, Donald O’Connor and Cyd Charisse, and Mickey and Judy.  Bottom Line: They were absolutely terrific and Ron is a dead ringer for Mathew Morrison (from Glee). 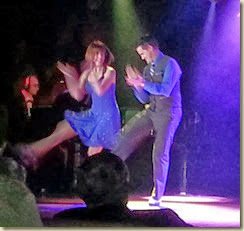 I finished “Lab Notes”. No Science – No Mystery.  The author writes well but there was no story or at least no one I was interested in.