A beautiful day in the Mediterranean… 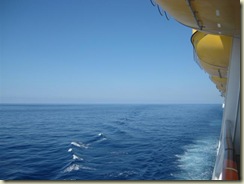 Talk 1: “CSI Phenomenon” was at 2:00 PM in the Lotus Lounge.  About 40 people attended.  As some of the entertainers on the ship have said about their crowds - “Small but Mighty”.

Tonight is formal night but we are going resort casual instead and eating in the Windjammer Cafe.

Prior to the show tonight, the Captain’s Reception was held in both the Lotus Lounge and Royal Promenade.  The Promenade was not very crowded. 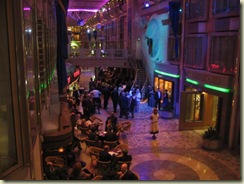 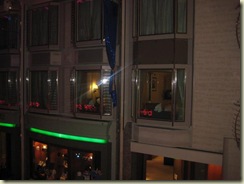 A room facing the Royal Promenade

I wonder if these rooms are actually quiet since many events take place in the promenade and people are in the shops late into the night.

We have seen here before (on our last cruise) and she is terrific.  A dead on Celine Dion complete with French Canadian accent and Celine quirks.  We knew her routine so I was ready for a good photo when she came up the aisle into the crowd.

The pictures below capture moments during her great program.  I could see her again. 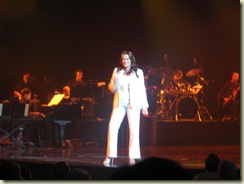 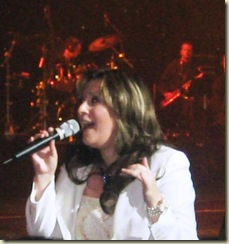 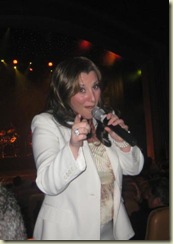 She is pointing at me 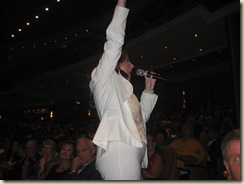 After the show, we discovered a singer in the Schooner Bar – Darren Bethell.  Darren is a combination of Elton John, Sinatra, some rock, just about anything.  He is very entertaining and will be our prime entertainment during the cruise.

Tomorrow is the 10th Anniversary of September 11 – I am curious about any special security at Piraeus, our next port.