Another nice day in the resort city of Kusadasi… 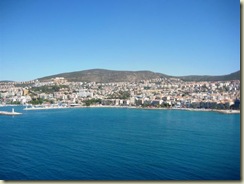 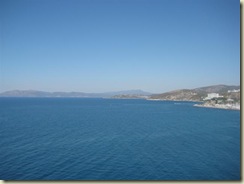 Kusadasi and Harbor from Mariner OTS

We are not planning to take any excursions today – seen the sites a number of times.  Instead, we are going to walk around the city, check out the Bazaar and then spend some time on line at the Starbucks by the pier. 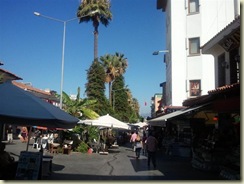 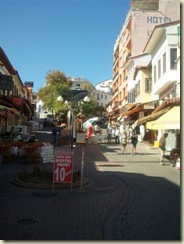 Ellen checked out the bargains at the Bazaar (below). 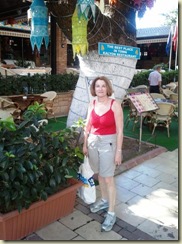 You can always gauge the local economy by the cost of an ice cream cone.  The cones below were 1 Turkish Lira (TL).  That’s 40 Eurocents or about 56 cents – a true bargain. 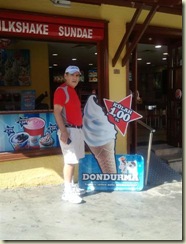 The cones were a bargain – didn’t get one though 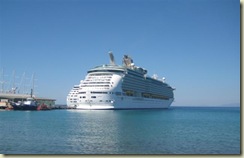 The Mariner of the Seas Docked at Kusadasi

We were able to get the UN and PW from a nice server at the Starbucks at the pier so we did go on line and check our e-mails and communicate with everyone back home.  The only problem was finding a place with minimal cigarette smoke.  Outside worked the best. 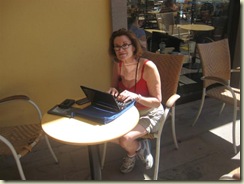 On Line at Starbucks 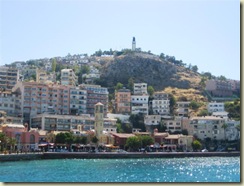 The sail away from Kusadasi was beautiful including a wonderful sunset. 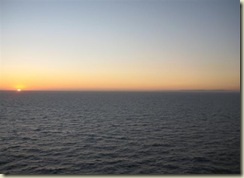 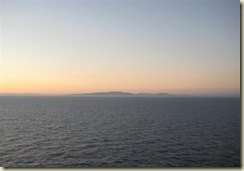 The big event for the evening took place in the Schooner Bar, where Darren was joined by Kieron Buffery (Cruise Director) for a sing-along.  Kieron plays the guitar and sings pretty well.  The crowd was huge and everyone including us sang along to what we knew and faked the rest. 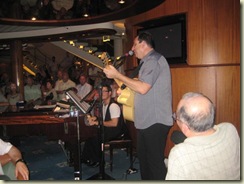 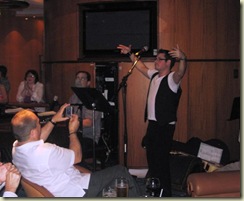 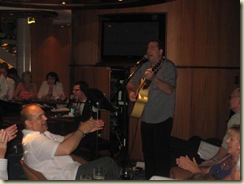 The Kieron and Darren Show

It was a lot of fun – so much so that we stayed well past midnight.