A beautiful day in San Diego - aren't they all?

The sail in was memorable as the Regatta sailed by the San Diego Submarine Base (the largest in the world according to the Captain).  There were subs in the water and the base itself was huge.  The base is part of the Point Loma Naval Base. (you can see by the blue tinge that these pictures were taken through the windows of the ship - some windows throw a blue hue and some don't). 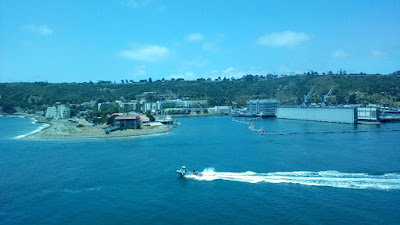 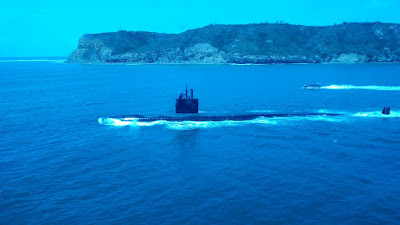 Regatta docked right downtown and right across from the USS Midway Museum.  We were able to get a nice view of the vintage fighter planes exhibited on the flight deck. 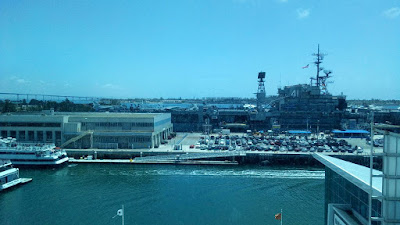 We decided to stay on board today and make this a docked sea day.  The ship wasn't crowded, as indicated by the nearly empty pool deck, 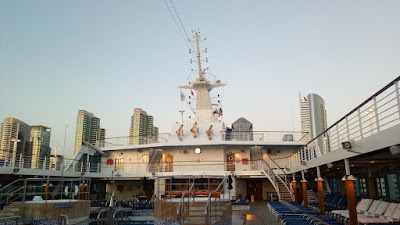 and you could find quiet places everywhere.  We read, ate lunch in Terraces, and generally did R and R for the whole day.  I was especially thrilled to be able to watch planes take off and land at nearby Lindbergh Field - SAN. 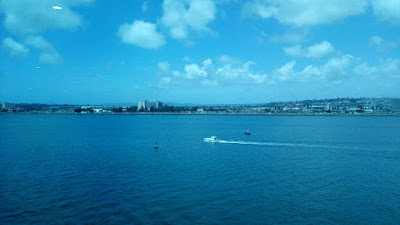 Views of the city skyline were beautiful both during the day and at night.  The picture below was taken during Afternoon Tea - delicious scones and hot tea. 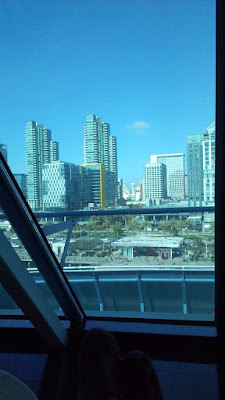 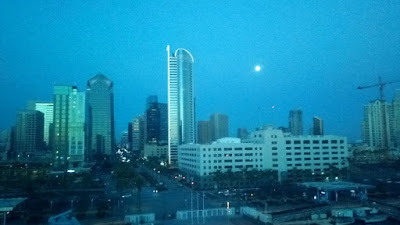 Tomorrow, we have our last sea day.