We are at another port of call today, Puerto Quetzal, Guatemala. 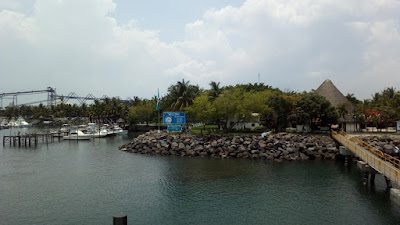 There is not much to see in this tiny port - instead, we are both going on an all day tour -"Casa Santo Domingo and Antigua, Guatemala".  The tour starts early so we are forced to get room service at their earliest delivery time.  Not as good an option as eating in Terraces but we are fueled and ready to meet our group in the Lounge.

Background Information:  Antigua, once the capitol of Guatemala, was declared a UNESCO World Heritage Site in 1979 recognizing the historical significance of its colonial architecture.  Antigua is also home to three impressive volcanoes, Agua, Fuego (active and a smoker), and Acatenango (dormant). V. Agua is closest to Antigua and is 12,300 feet above sea level and considered extinct.  A massive earthquake devastated the area in 1773 and the town has been rebuilding since.  The Convent De Santo Domingo was one of the world's largest convents in the 17th century but was nearly totally destroyed in the earthquake.  Today, it has been resurrected as the Casa de Santo Domingo Hotel (Five stars) and Museum.  Many of the buried churches and underground rooms have been restored.

We disembarked the ship and each boarded our own buses for the 48 mile ride to Antigua (about 90 minutes). 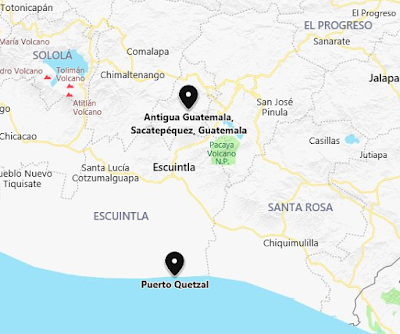 The countryside was picturesque but there was a lot of highway construction going on so progress was slow.  The roads were also bumpy even though they looked relatively new and smooth.  The ride was a little tough on my back.  As we were getting close to the city, the driver told us we would take a short cut through the back roads. 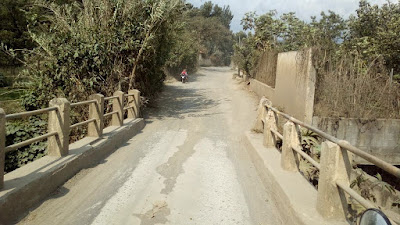 And back roads they were, barely wide enough to accommodate the bus.  We did get there and probably saved a lot of time not having to fight the traffic into Antiqua.

There are two take-aways from Antiqua - the first is the colonial nature of the town - one story stucco type buildings of various colors. 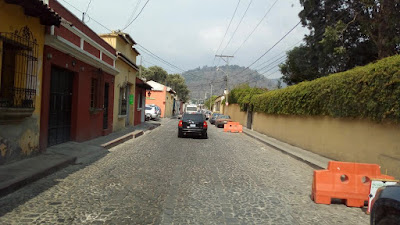 The second is the location - volcanoes form the backdrop of the town and can be seen from almost everywhere.  They are impressive. 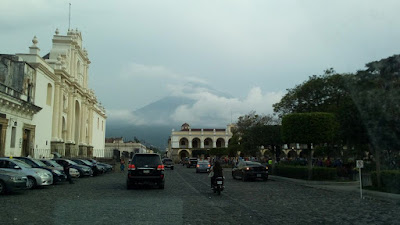 Another interesting feature of Antigua are the wildly painted public buses.  The guide told us that was a way to inject some color into the town. 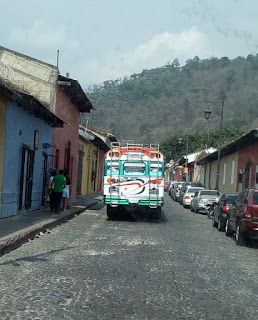 Our first and main stop was the Casa Domingo Hotel.  It is interesting to note that the hotel, which is quite posh, is built right up against some condos and separated only by a hedge. 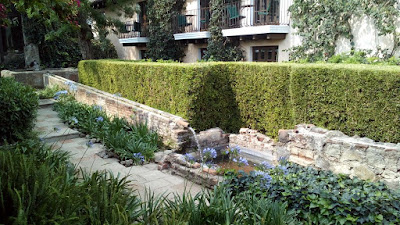 We were given some free time to walk the grounds and see the work that has been done to restore the old convent and churches buried in the earthquake. All the buses were here, so Ellen and I met up and toured the grounds together. There are fountains and ruins and the photo ops are endless. 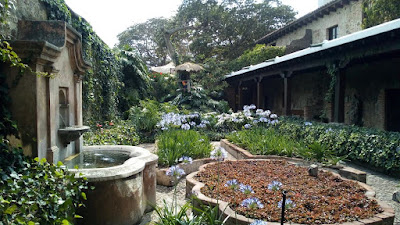 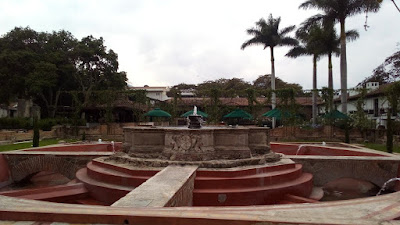 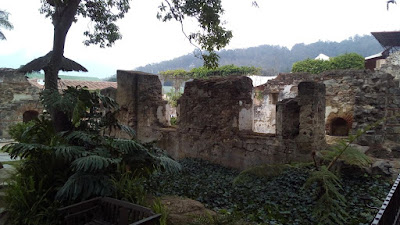 We also spent some time in the museum, the highlight of which was a Jade Crocodile supposedly worth millions. 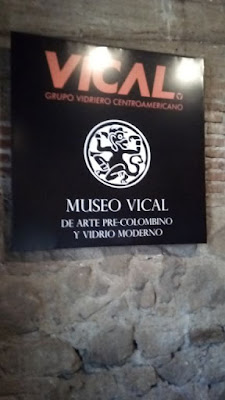 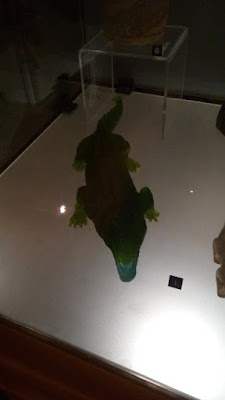 Lunch was buffet style at the Hotel - there were some salads we could eat but no main dishes - we spoke to the hotel staff and they prepared two salmon dishes for us. 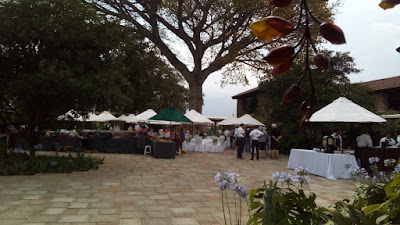 They were very good and along with the traditional dishes made for a very nice lunch.  They even got us Coke Lights (no beer for me today).  The dessert was also good - some kind of cake.  It is, after all, a Five Star Hotel.

After lunch, we walked a few blocks - certainly not wheel chair or walker accessible due to the cobblestone surfaces - to the Jade Museum. 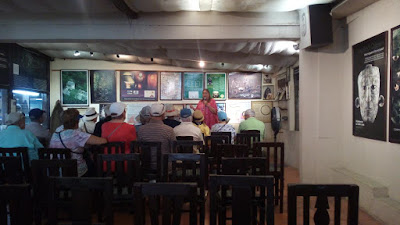 The museum is run by a woman who is actually from the Midwest - she and her husband discovered a jade deposit decades ago and have been fashioning items out of jade ever since.  I was a bit tired so after listening to her talk, I hung out in the lecture area.  Ellen's group came by a few minutes later.

We met our bus and were supposed to see some of the other sites in Antigua but the traffic and lack of parking changed the plans - we did drive through but it was difficult to see the churches and buildings from the bus.

The driver indicated that we would start our ride back.  The ride back was slow - it took over two hours to get back- as we did run into lots of construction.  In many cases, there were flaggers and only one lane of traffic was allowed to move at any one time.  We did get some nice pictures of the local volcanoes from the bus as we inched our way back to Puerto Quetzal. 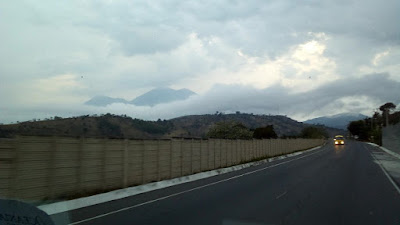 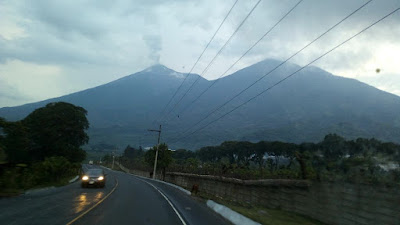 We arrived back at the ship in the dark and slowly made our way through the check in line. 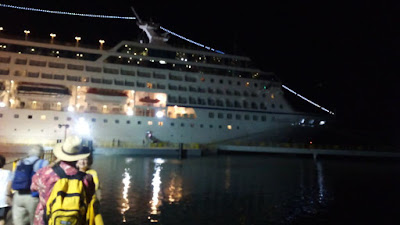 It was a good thing that the Regatta is a small ship.  Dealing with five times as many passengers would have been a mess.

Dinner up in Terraces and decompression the rest of the evening.

All in all, a good tour of colonial Antiqua.