It is still pretty warm outside.  Clouds and an occasional passing storm make up the weather for the day. 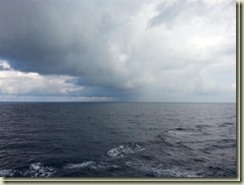 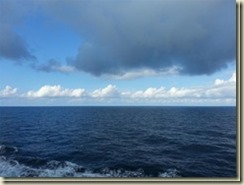 Another Nice Day at Sea

I have pretty much the whole morning off – started off with my usual terrific breakfast up in the Lido Café.  This breakfast will be enough to tide me over until after my talk – scheduled for 12:15 PM - when we could get some lunch.

I was a little concerned about the first talk - “Forensic Testing – Cold Cases Closed”.  First, the venue is large – capacity is about 800 seats.  Second, there are only about 40 Americans on board and although Brits (I am assuming they are the majority of passengers) are big on forensics, I’m not sure these Brits are.

I arrived about a half hour early to set up my computer (which took no time at all) and the headset mic (on this ship the mic is not as tight and is very comfortable).  I was introduced by Chris Thompson (Assistant Entertainment Manager). 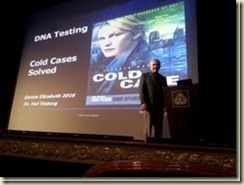 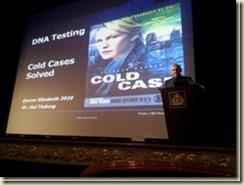 The Royal Court Theater was about 30 percent full – 240 people approximately.  Chris seemed pleased with the turnout but I was hoping for more.  I was very concerned about the run time of this presentation, typically one of the longer ones.  I checked my watch several times during the talk.  No real problem as the talk finished well short of 45 minutes.  Nice applause at the end – I think it went well.

After lunch up in the Lido, we hung out on the deck.

We also decided to get in some steps around the deck.  The winds were light and it was still warm.

After another great dinner in the Lido – some kind of made to order pizza and/or pasta, we were ready for the next Production Show in the Royal Court Theater.

We weren’t sure if we had seen this show on a previous voyage. “Palladium Nights” featuring the Royal Cunard Singers and Dancers and was all about shows that have been performed at the West End’s London Palladium Theater. 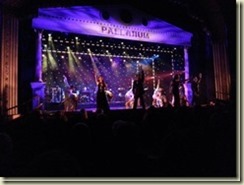 There was a tribute to Barry Manilow 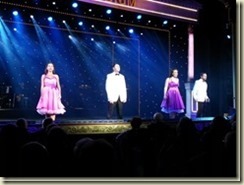 “I Write the Songs” 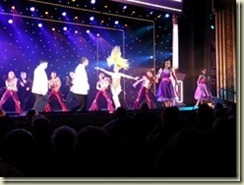 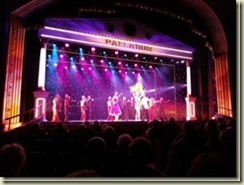 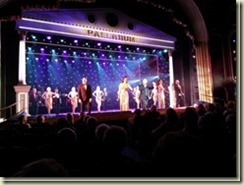 The show was very enjoyable.  The singers and dancers did a great job.

Finally got back to our room and, at that hour, it was quiet.