Local Information:  The population of Finland is 5.4 million people with 590,000 people living in Helsinki . Helsinki has bilingual street signs – Finish and Swedish (92 vs 6 percent). Unlike some of the other Scandinavian countries, Finland has no monarchy and is a member of the Eurozone.

After breakfast in the Ocean View Café, we get set for a day of touring.

I am on the  “Helsinki by Road and Rail” tour guided by Tuula (“Flower” in Finnish).  As we leave the South Pier (where the big ships dock), I catch a glimpse of the Constellation. 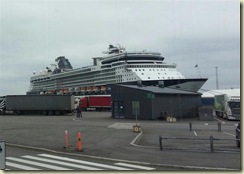 The first stop was the Jean Sibelius Monument found in the park also named for the famed Finnish Composer. 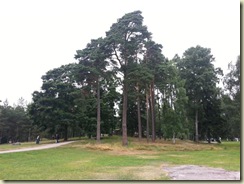 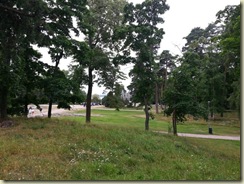 Sibelius Monument in the Distance

The Monument – Passeo Musicae – was created in 1967 by artist, Eila Hultinen. 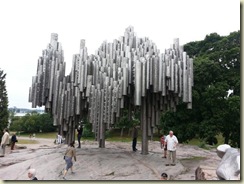 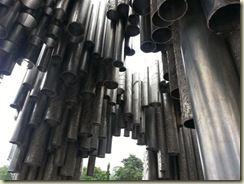 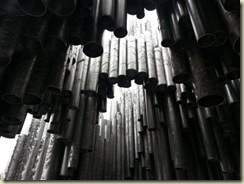 The monument consists of 600 hollow steel cylinders – the wave like undulations are supposed to represent the music of Sibelius.

The monument proved too abstract and confusing for people – especially the connection to Sibelius – so a bust of the composer was added afterwards. 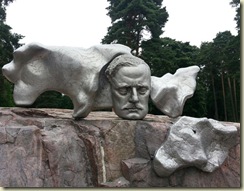 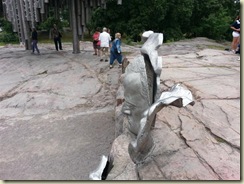 In front of the stadium is a statue of Paavo Nurmi – “The Flying Finn” – who took Gold Medals in the 1920, 1924, and 1928 Olympic Games.  In this representation, Paavo is so fast, he has run out of both his shorts and undershorts.  Now that is fast… 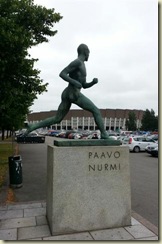 The tour now transitioned from bus to tram.  We had our own private tram, that would be used to continue our tour of Helsinki.  The tram was a little late so I had a chance to snap some pictures of the tram stop area.

Subway must be really popular – the advertisement tower below is one of several I spotted throughout Helsinki. 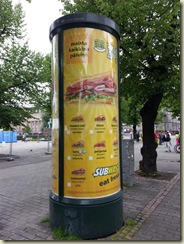 Across the street from the Tram Stop was a Casino and other impressive buildings. 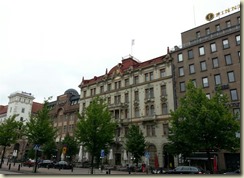 Our tram arrived a few minutes later and we boarded – the tram was there just for us so we had a chance to really spread out.  It was a noisy ride but an interesting way to see the city. 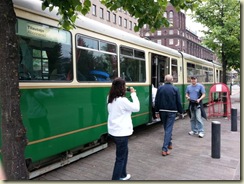 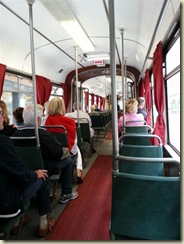 Plenty of Room in the Tram 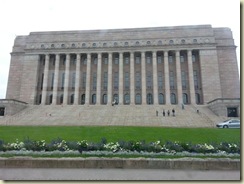 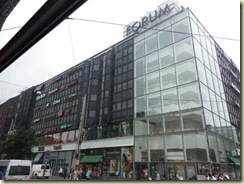 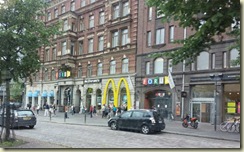 One thing we didn’t expect to see were bungee jumpers.  These people paid a considerable amount of Euros to jump off a a crane. 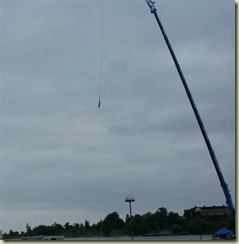 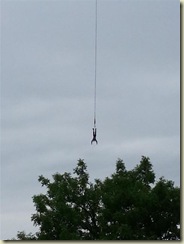 The Uspenski Cathedral (below) is an Eastern Orthodox Cathedral completed in 1868. 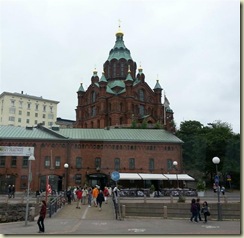 The ports of Finland freeze over during the Winter preventing the shipping of goods to the country.  To deal with that situation, the country has 9 Icebreakers that keep most of the ports open during the cold months of the year.  Some of them are based in Helsinki and as we went by the harbor, I caught a glimpse of these important ships. 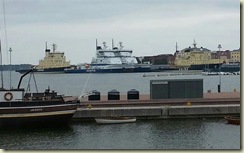 The Icebreakers of Finland

Our final stop is Senate Square – the highlight of downtown Helsinki.  Senate Square is dominated by the Tuomiokirkko (Lutheran Cathedral) at the top of a healthy set of stairs. 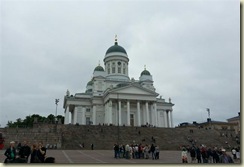 The Square is also the site of the Statue of Tsar Alexander II, assassinated in 1881 – the statue was erected in 1894 as gratitude by the people of Finland (Finland was a Grand Duchy of Russia at the time). 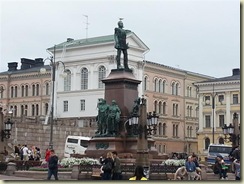 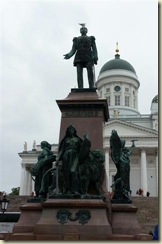 We had some free time at Senate Square so I headed for the City Hall Building with its washrooms and free WiFi.  The lobby of the building is still amazing with its sculpture of a hand as the focal point.  I did sign in to the WiFi and checked in. 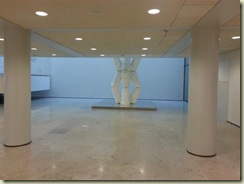 From Senate Square, the bus headed back to the South Pier.

We had dinner in the San Marco Dining Room – tonight I asked our waiter, Custodio, to see if he could get me some Spaghetti Marinara.  The chef did whip up something that looked a bit odd but tasted really good.

Showtime - “Celebrate the World” – is the second production show.  We have seen it a few times but it is highly entertaining and each ship puts their own touch on the production. 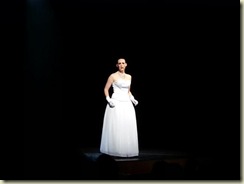 “Don’t Cry for Me, Argentina”

Another number I really like is the Irish Step Dance.  This version was a bit different in that one of the lead vocalists joined the dance group.  The steps are difficult and she was really good.  That’s multitalented in my opinion. 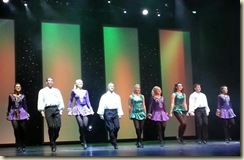 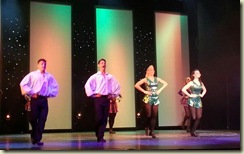 Tomorrow we are in St. Petersburg and we both have tours so we need to get some rest.  We are also moving our clocks forward tonight.