Cozumel will be our final port of call on this cruise.   There are two ports in Cozumel.  The city port is right next to San Miguel, the biggest and essentially the only city in Cozumel.  You can see San Miguel and the City Port in this photo from the deck of the Reflection. 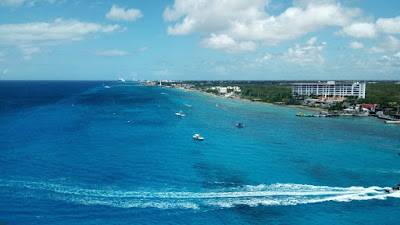 The larger ships dock at the International Pier, which has grown considerably over the years.  That's where Reflection is today.  We are parked next to the behemoth Allure of the Seas. 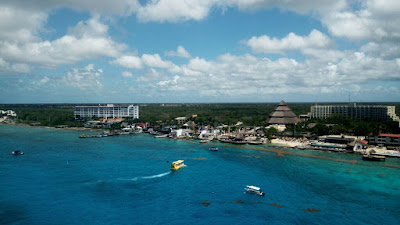 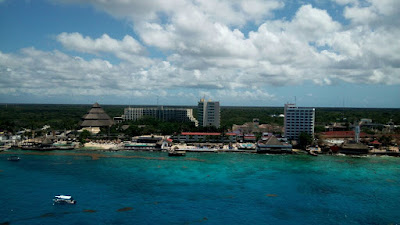 After breakfast, we got off the ship and walked through the tunnel between Reflection and Allure of the Seas to the shopping center.  This is a shorter walk than that at Costa Maya. 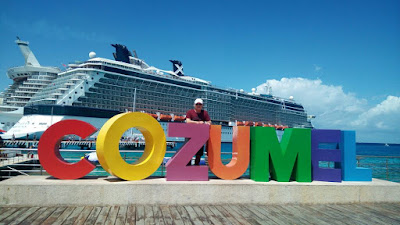 It is a little difficult to find your way out of the shopping center and onto to the main street but after some wrong turns, we did escape the maze.  The map below shows the International Pier and our walking destination today. 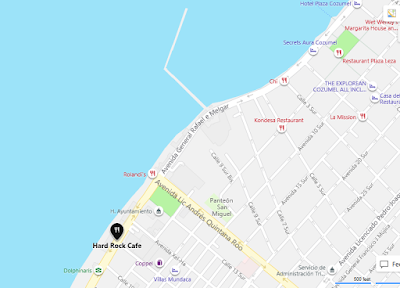 The main street - Avenida Rafael E Melgar - is also loaded both with people and with shops.  From there, I could get a nice picture of the two big cruise ships here today. 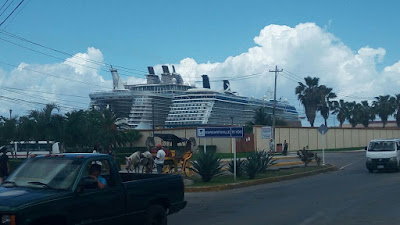 We found another Cozumel City Sign in front of what appeared to be a fake Mayan Ruin. In the same shopping plaza, we were treated to a brief show involving Mayan Flyers. 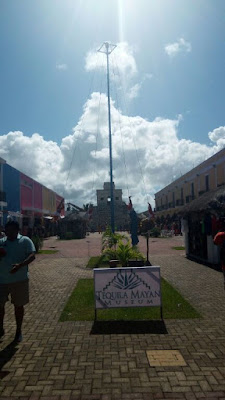 We passed the Casino and the Hard Rock Café.  Our goal today is to find a nice inexpensive spa.  We did see several spas on the main street but they were pricey.  We kept walking until we literally ran out of town.  I asked a local about spas and he said there was one down the street where we were standing.  I looked down there and I did see a sign that said massage.

We took a left down the street and passed several shops selling mostly trinkets.  Across the street was either a car dealer or a car repair shop.  The street ended with an empty lot overgrown with vegetation.  We negotiated a price of $40 an hour with the owner, a very nice lady (I think we started out at $60).  The spa was small - just big enough to hold three table separated by sheets - that seems to be the set up for Cozumel.  My therapist was dressed all in black and wore sunglasses the whole time - a new one for me.  But the bottom line was that the massages were really good and the place looked clean and we got the full hour.  I took down their name and phone number for future reference.

The place also had a "fish spa', where fish nibble away the dead skin off your toes.  I would never do that (might kill the fish) but for a buck, Ellen got a five minute taste of how that works. 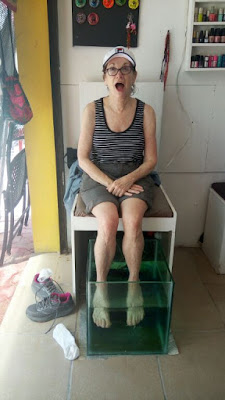 She seemed to like it.  From there, we walked back to the ship, through the shopping maze, and on to the ship.  We did make it time for a late lunch and after lunch, we tried the open deck for some reading and views.

We had a nice dinner once again in the Opus Dining Room - this time, we got a window seat, which gave me a chance to catch the sunset as we sailed away from Cozumel. Perfecto. 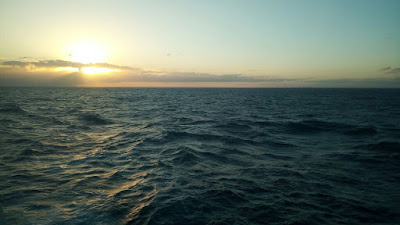 After dinner, we caught Dan Wilson's comedy show in the theater.  We have seen him before and he has always been a hoot. 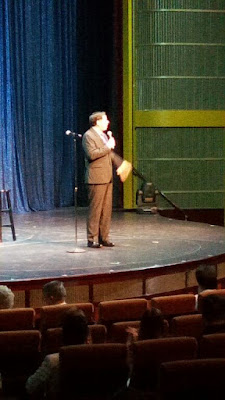 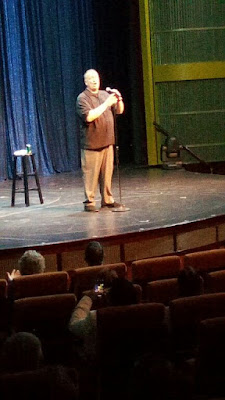 A beautiful day in Cozumel.