The crossing was very calm…

It’s a gray day in New York but still warm.

Breakfast up in the King’s Court was not crowded and we were up early enough to have a relaxing breakfast.  Plenty of seats and the breakfast offerings were the standard ones.

I went out on Deck 7 to get some early morning pictures of Manhattan and the East River. 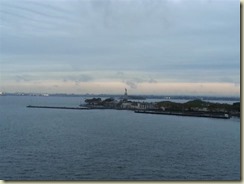 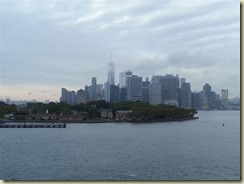 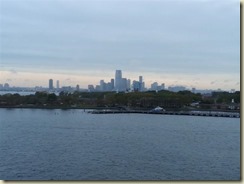 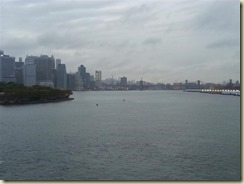 Back in New York

We are doing “Walk Off” today and so when we were all ready, we headed to the gangway and then to the terminal.  Even though the ship is big, it is the only one here so the time in Immigration was not bad.  We found a cab at the stand and started our trip to LGA.

We had a bizarre experience at the Marine Air Terminal at LGA (where Delta flies from).  The Delta Agent told us that our bags were too big for carry on and that we would have to pay for checked bags (we have no status on Delta so we were going to carry our bags on the plane).  After some discussion on how our bags were standard carry-on size and we had done this on other airlines (and the fact that we had no choice), we reluctantly paid the $25.00 (she was going to charge us $60.00 until we told her that we both could check a bag for $25 instead of charging both bags to one of us.  A training issue for sure). I saved the receipt as this wasn’t over (NOTE:  The minute I got home, I called Delta Customer Service and explained the situation; I got an apology and a refund for the checked bags). 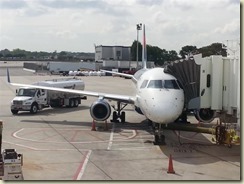 Our plane is an Embraer so the seating is two by two.  This gave me a chance to take some pictures (out of a dirty window). 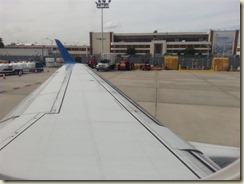 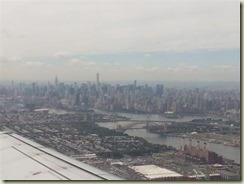 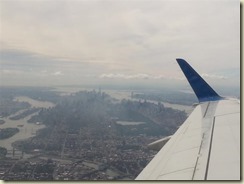 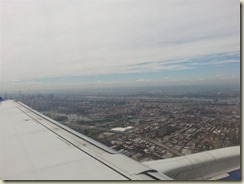 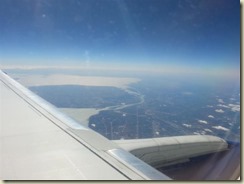 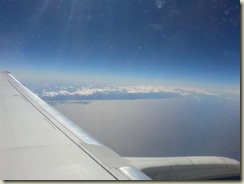 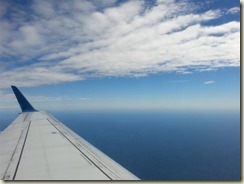 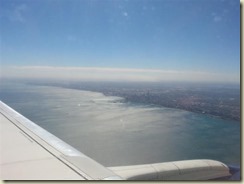 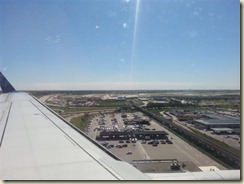 A terrific cruise across the North Atlantic.