We are scheduled to arrive at Funchal, Madeira at about 1:00 PM but the highlight of the morning is the approach to this Portuguese island located about 350 miles off the coast of north Africa. Madeira is one of a group of five islands, two of which are inhabited. The first island the VOTS passes is Porto Santos, an inhabited island. This island is famous for being the home to Christopher Columbus’ Portuguese wife and a place the “Admiral” spent some time. 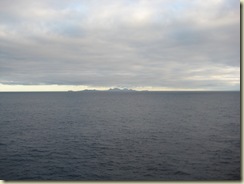 Porto Santos looks like it has no inhabitants but in the early dawn a brightly lit city was clearly visible.

The ship then sailed past the three uninhabited, but spectacular, islands in the group. 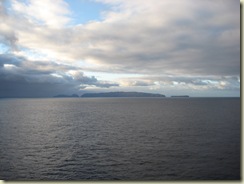 The ship then approached the spectacular island of Madeira 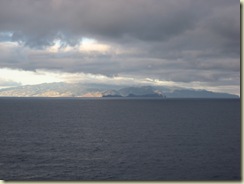 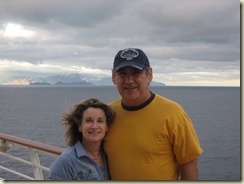 We are really here

Funchal (Portuguese for the spice, fennel) is a city layered neatly up the hillside. 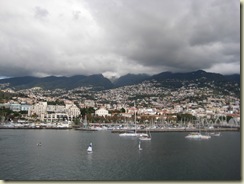 Madeira is a volcanic island (inactive) as evidenced by the craggy mountains behind the city of Funchal. The Celebrity Century is also here today and looks like it will be following our itinerary for a while. Madeira is, of course, known for its famous wine, Madeira.

We have booked a tour today - “Emblematic Madeira and Rebiera Brava” The highlight of this tour is a visit to the second tallest cliff in the world (the tallest is in China) – this cliff is seen in the picture below (at the very fall left). 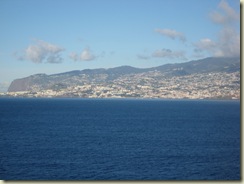 Madeira with famous cliff on the far left

Our tour guide, Mr. Charles, is half Scottish and half Madeiran, a very funny in a UK sort of way. Our destination is the cliff but we have some stops and sites along the way. Early on, we passed an interesting statue of Icarus, the mythological character who wanted to fly but got to close to the Sun (bye bye waxed on wings). Mr. Charles hated this statue but I thought it was interesting. 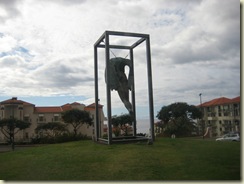 Icarus – in his cage 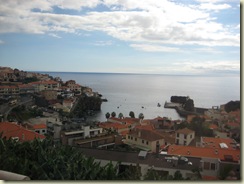 While Madeira is a prime tourist destination, especially for the UK, this island’s chief source of revenue is farming. All sorts of tropical fruits are grown on immaculate terraces. These terraces are so impressive that they have been designated a UNESCO World Heritage Site. 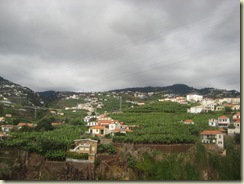 The tour stops about 200 feet short of the summit at a local restaurant. This will give us a chance to try a local drink, Poncha, made from rum, honey, and lemon. No pain here – I drank mine and Ellen’s as well. Not a big fan of honey but the combination was tasty. The view from the restaurant was magnificent 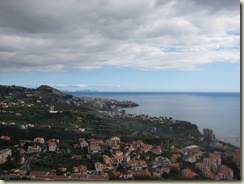 Almost at the summit

The bus made its way up the narrow road to the summit, known as Cabo Girao 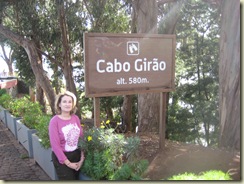 This is the highest sea cliff in Europe and the second highest in the world (there is a higher one in China). The 580 meters translates to 1902 feet. That is twice as high as the Empire State Building and about as tall as the Chicago Spire was supposed to be. It was hard for me to look over the edge (that crazy feeling you get when you realize how far up you really are). If you want a taste, here’s the view 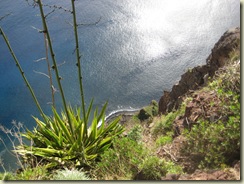 That is some kind of farm area in the center. It was spectacular. There were vendors at the viewpoint selling all sorts of stuff but no sale.

The tour’s final stop was the coastal town of Rebeira Brava. On the way there, the guide pointed out that lines in the ocean were due to the gulf stream. I hope you can see them in the shot below 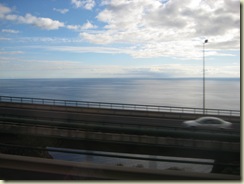 The goal here was to find an Internet Cafe so we could check in. The town did have an interesting church from the 16th Century 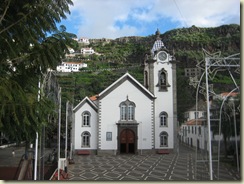 After some searching and asking, we did find an Internet place (actually a restaurant) that charged 1 Euro per hour. We only used about 15 minutes so the girl behind the counter gave it to us gratis.

The ride back to the ship was through the terraced farms. As we arrived at the harbor, our sailing companion, the Celebrity Century, was departing. 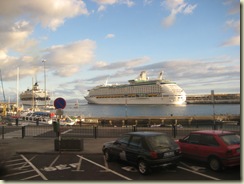 Dinner in La Boheme and off to the show. Tonight’s Headliner is Count Dimas – a pianist from Romania. He really played up his Transylvanian background and even used Dracula in his act. A very good musician and everything he said sounded funny in a Bela Lugosi kind of way.